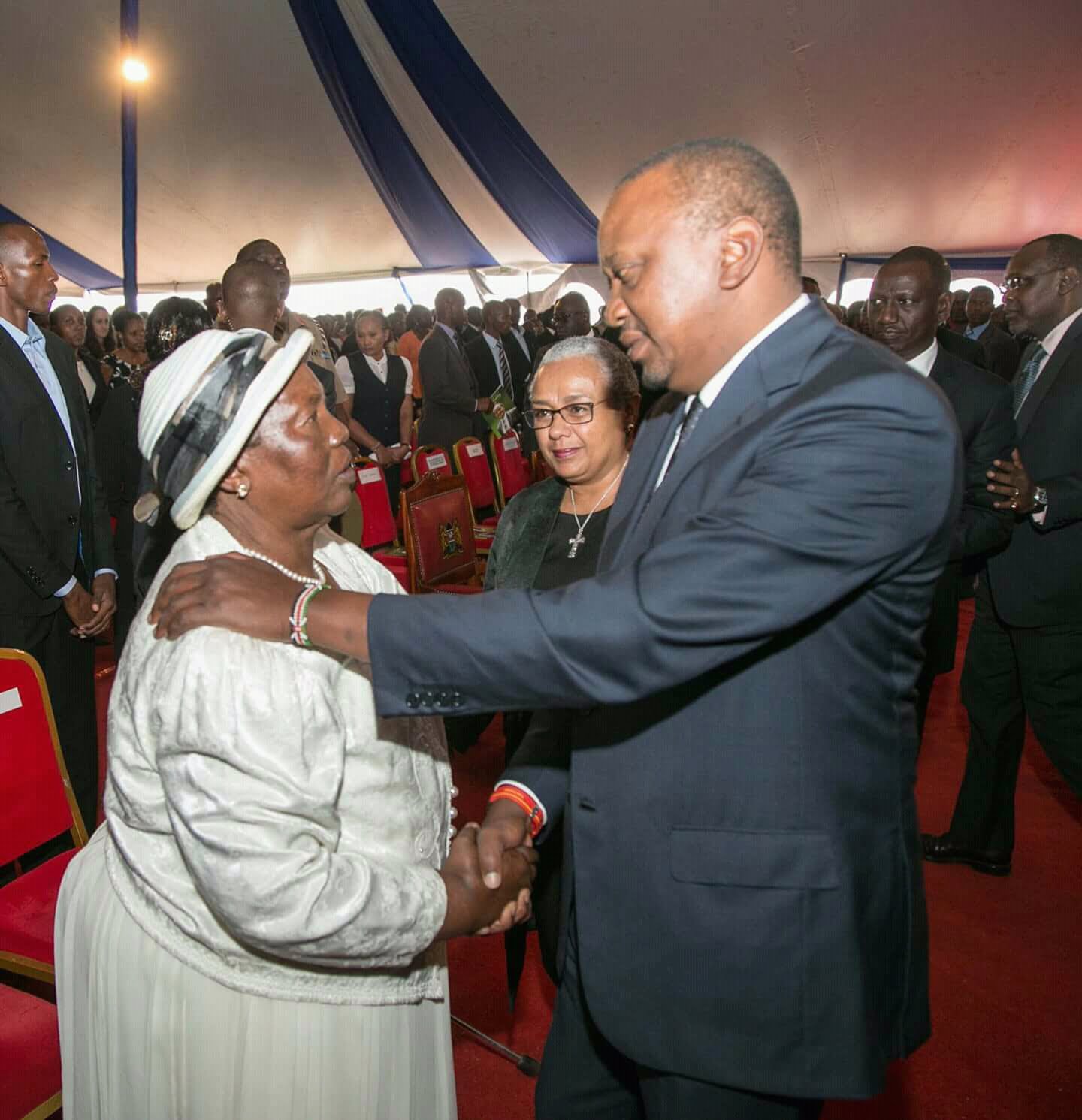 The greedy Kenyatta family led by President Uhuru Kenyatta’s brother and Kenya’s defacto President Muhoho Kenyatta, snookered the owner of Chinese broadcaster Startimes in a botched buyout deal. As you all may or may not know, Uhuru is normally drunk most of the time so national issues are bounced off his brother and/or mother.

Re-electing Uhuru means that you’ll be voting for Muhoho Kenyatta, the illiterate Mama Ngina and their expatriate managers as our defacto presidents. As Uhuru drinks Blue Label for breakfast, they run the country. Muhoho is the arrogant bastard who imagines he owns Kenya. Ruto has to go beg for campaign funds from Muhoho so this is effectively the country’s President.

It’s a pity that Dr. Mukhisa Kituyi the UNCTAD idiot chose to run Jack Ma’s visit on Government infrastructure under the illusion that he will score points and vie for presidency in 2022. Instead of growing new talent, he used old camels Julie Gichuru, the reason why we ask him in future to take those guests to other countries because people like Julie have been rejected by the masses.

This website can exclusively reveal that Startimes owner was in the country accompanying Alibaba founder Jack Ma on his first trip to Kenya.

Startimes had been keen on acquiring a local Free-to-Air television station and had earmarked both KTN and K24.

Negotiations between Startimes boss and K24 reached a notch higher with a figure of USD 3 Million being settled on in principle. It was expected to be sealed this week.

But the greedy Kenyatta family, who are accused of grabbing land in Kenya, back-tracked on the deal and demanded double the amount (USD 6 Million) forcing the Chinese Investor to withdraw his initial offer.

Startimes had hoped to pump cash into the struggling media outfit, where staffers sometimes go for months without salaries. The buyout would have provided local TV stations a run for their money, due to the wired mediocrity synonymous with local media stations.

Citizen TV and it’s CEO Wachira Waruru take the cake when it comes to entrenching stupidity in the country, with third-rate programming like Inspekta Mwala, Papa Shirandula, Nigerian movies and Mexica soap-opera’s. In his mind, the St. Mary’s piece of shit believes that Kenyans capacity for absorbing intellectual content is extremely low, thus is comfortable shoving mediocrity down our throats.

Linus “Jo” Kaikai is perhaps the biggest asshole in Kenyan media, the reason why even Raila couldn’t remember his name. Many content providers have set meetings with Kaikai, only for him to cancel last-minute so as to play golf in Muthaiga Golf Club.

Yesterday’s Presidential Debate was hailed as “Historic” due to the amount of money spent, yet with a basic smartphone, a debate can be held on Facebook. The media is unaware of the impending digital-disruption and once connectivity has been sorted, nobody will be watching the crap that these bogus idiots televise.

The arrogant Uhuru in what can be described as a collective middle-finger from the Kenyatta family to the Kikuyu community who were desperate to see him, failed to show up at the debate claiming that it won’t translate to votes. Insiders fear that a second term for Uhuru will mean a more reckless and carefree President who will loot the entire country to its knees.

Statehouse functionaries like Eric Ngeno have been claiming that Uhuru didn’t show up due to “media cartels” operating the debate. What he conveniently fails to tell you is that K24 is also part of the Debates Limited cartel, and that the Kenyatta family-owned media house, profited from Raila last night.

#UhuruMustFall
Would you like to get published on this Popular Blog? You can now email Cyprian Nyakundi any breaking news, Exposes, story ideas, human interest articles or interesting videos on: [email protected] Videos and pictures can be sent to +254 710 280 973 on WhatsApp, Signal and Telegram.