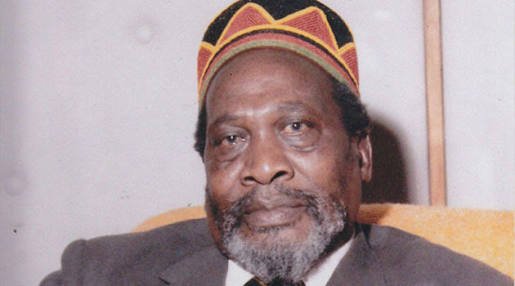 The “Liberator” of the Kikuyu’s Jomo Kenyatta.

I saw a Twitter thread by @JKNjenga which merited my attention. He speaks of the shit-hole tribe called Kikuyu’s and how they’ve been brain-washed by media owned by the very people screwing them.

Kikuyu’s are staring at the reality that post-Uhuru, there’s no individual who can represent their interests. All Kikuyu’s who had some form of potential are either dying mysteriously, or denied the opportunity to rise and shine. A very pre-meditated scheme to undermine that community.

Almost like the former era of Jomo when the community handed reigns of power to some Kalenjin lunatic. Ring a bell?

In 1925, Kikuyu peasants raised funds to send Jomo Kenyatta to England to fight for their land rights. He stayed there between 1927 and 1944, but there are no records of a single meeting he held or anything else he did connected to their land rights.

And the money they regularly sent for rent, he’d spend on other things like girlfriend, until the landlord petitioned the courts to intervene.

Instead, Jomo Kenyatta started his own one-man Resist Movement in London by resisting the urge to pay rent to his landlord for 18 months. Real ninja! Even back then, he was still an untrustworthy low-life who could not be trusted with money. 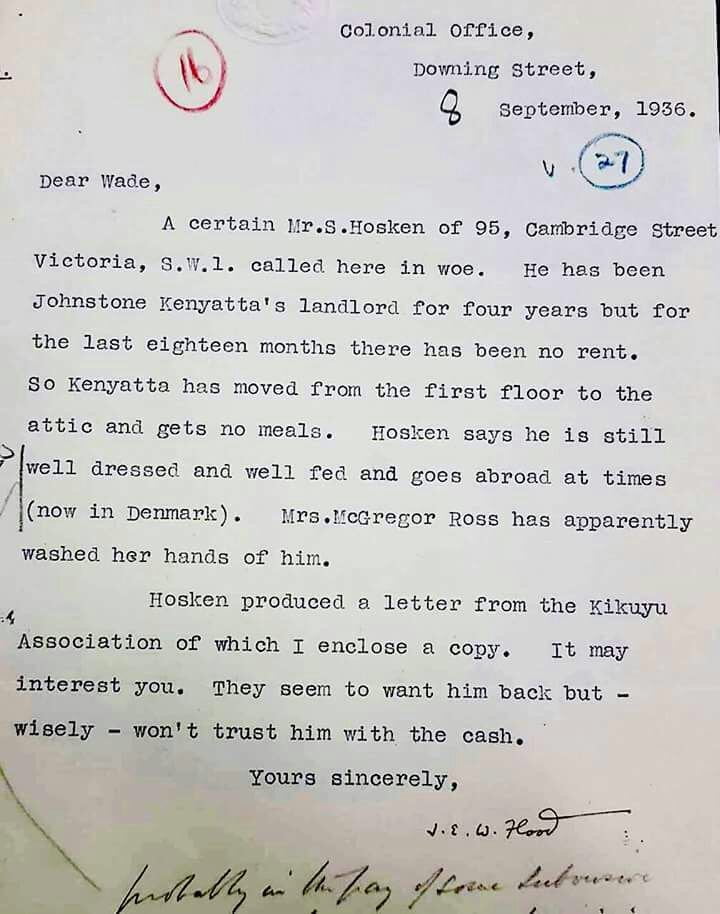 CAPTION: Despite receiving remittances from Kikuyu peasants who raised money for his upkeep, this letter remains a National Treasure in our history.

The apple doesn’t fall far from the tree.

However, according to the ordinary peasant today, their main agenda is that “Raira willo nefa efa be the Prisdent”. I digress.

Kenyatta wasn’t for lands reform after all by the all lands especially what came to be known as White Highlands after expropriation from Africans were known as Crown land. He went there to learn how to make people beggars for life by taking away their treasure (land).

The lie which was conceived and peddled by whites that he was behind Mau Mau leading to his incarceration was the time Kenya lost it. When incarcerated his inmate colleagues perceived as weak and couldn’t pursue land rights justice. He’s a product of whites not Africans.

The land issue could have been solved before 1956 and Kenya was bound to be independent in 1959 only for land issue to be used to force Kenyatta as a prime minister since he couldn’t pursue land issue as compared to Odinga and other coast leaders,eventually pushed till post 1963.

After independence , all hell broke loose. African resettlement policy which was for now being rolled out first after independence, Africans were to pay to get their land back which angered many. Most Mau Mau veterans felt betrayed and Kalenjin, Masaai, Kisii, and Kikuyu had no funds.

Reason why we have skirmishes in these areas; Rift Valley, Narok, Laikipia and Coast, leaving the rich and those who danced with the mighty to acquire land. Those whose land was expropriated especially in Central left to Nyandarua, Laikipia and Rift Valley, purchased land and others were resettled there. This explains land issue deeply rooted from colonial era.

Thanks to everyone who contributed to this thread. I learnt a lot of our forgotten history. May other Kenyans who have such nuggets of wisdom feel free to share.