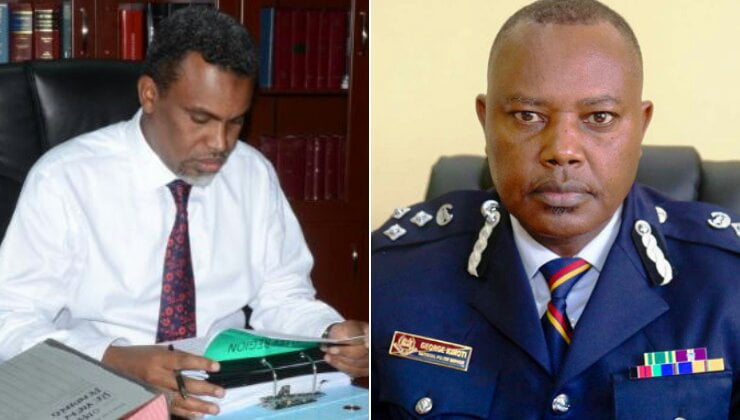 Investigations into the Ksh. 21 billion Kimwarer and Arror dams scandal is heating up.

Even as the Director of Public Prosecutions (DPP) Noordin Haji constitutes a team to investigate the matter, Kenyans are now calling on Deputy President (DP) William Ruto to record a statement at the Directorate of Criminal Investigations (DCI).

When news of the scandal broke out, Ruto had termed it a flat lie, saying that only ‘Ksh. 7 billion was in question’.

The DP and ODM Leader Raila Odinga engaged in a war of words over the past few weeks concerning the same with Odinga telling Ruto not to belittle the Ksh. 7 billion sum.

President Uhuru Kenyatta had earlier last week told ‘Ruto’s attack dog’, Oscar Sudi to give information concerning him (Uhuru), if he has evidence that he is engaged in corruption.

This was after the MP claimed that Uhuru’s war on corruption was targeting the Kalenjin community.

Wiper Party leader Kalonzo joined other leaders in asking Ruto to let DPP and DCI ‘do their work’, adding that war on corruption should not be politicised.

Below are some tweets asking Ruto to record a statement at the DCI.

In signed contract documents, the amount disbursed is Ksh. 21B.where did William Ruto get the 7B? He must appear before DCI and provide these facts. Ruto is the father of impunity in this country.

Ruto and Murkomen must go and record a statement with the DCI on where they're coming up with this 7B, they have 21 hours failure to which Kenyans must frog match them to Kiambu themselves. Upuzi ya Twitter na matamga mtawacha

Question is, how did Ruto come up with his Sh7B? He need to visit Kinoti and give his explanation since he knows something the rest don't know. pic.twitter.com/sL41yR95cA

In this article:DP Ruto, DPP Haji, War on corruption