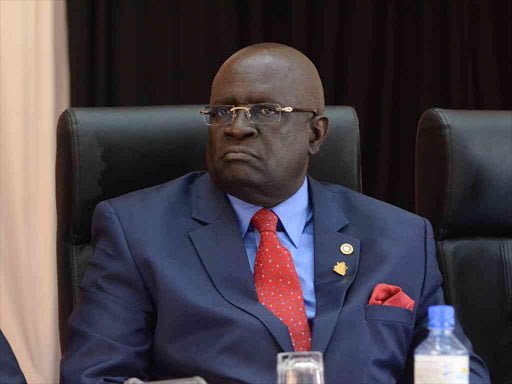 Unruly behaviour among pupils and students in Kenyan schools has worryingly been on the rise in recent weeks.

Incidents of learners burning down their schools and violently attacking their teachers have dominated headlines over the past month, with the main talking point being who exactly is to blame for this deterioration of discipline and blatant disregard of rules.

One of the main narratives has been that last year’s closure of school due to Covid-19 gave students and pupils an extended holiday period which is thought to have contributed to the unbecoming behaviour of these irate school-going youth.

Speaking to members of the press, Magoha even explained how it should be used on boys and girls; stating that girls should be caned on their hands and boys on their hindquarters.

Speaking at Tongo Monoria Adventist Primary School in Nyamira south sub-county where a raging fire gutted down a 150 capacity dorm, he argued that the introduction of some pain would prompt a certain change of behaviour among learners.

Magoha went on to say that the canes were going to be standardized.

As expected, his remarks sparked opinions on social media, with an equal share of both backlash and support from netizens.

Others shared the view that Magoha’s approach was a wrong one, holding that instead of having to beat kids in school, the government should instead focus their attention on the current poor state of parenting inspired by the societies we live in today.

“Some of us were beaten thoroughly and that helped us in some way,” noted one Twitter user.

“The indiscipline in school is just a reflection of the society,” argued Kevin Dilano.

“Schools are not prisons, students are not convicted criminals, teachers are not Kenya police. Caning causes more failure than success,” noted Otieno Evans.

“The problem is parenting. Many parents have relegated and delegated their responsibilities,” argued another.

“It should have started with parents back home. If they never did it, you will be wasting your time and energy,” another said.

Also joining in to share her views in regards to bringing back the cane in schools, respected scholar and Senior Kenyan lecturer Wandia Njoya this morning took to social media to outline some of the reasons why the main problem lies in our education system itself and not even the students.

What’s your opinion, do you agree with CS Magoha’s views that corporal punishment ought to be reintroduced in Kenyan schools? Let us know what you think under the comment box below.

To check out more reactions to Magoha’s remarks, click here.