This angered many Kenyans online and some responded by questioning his state of mind. 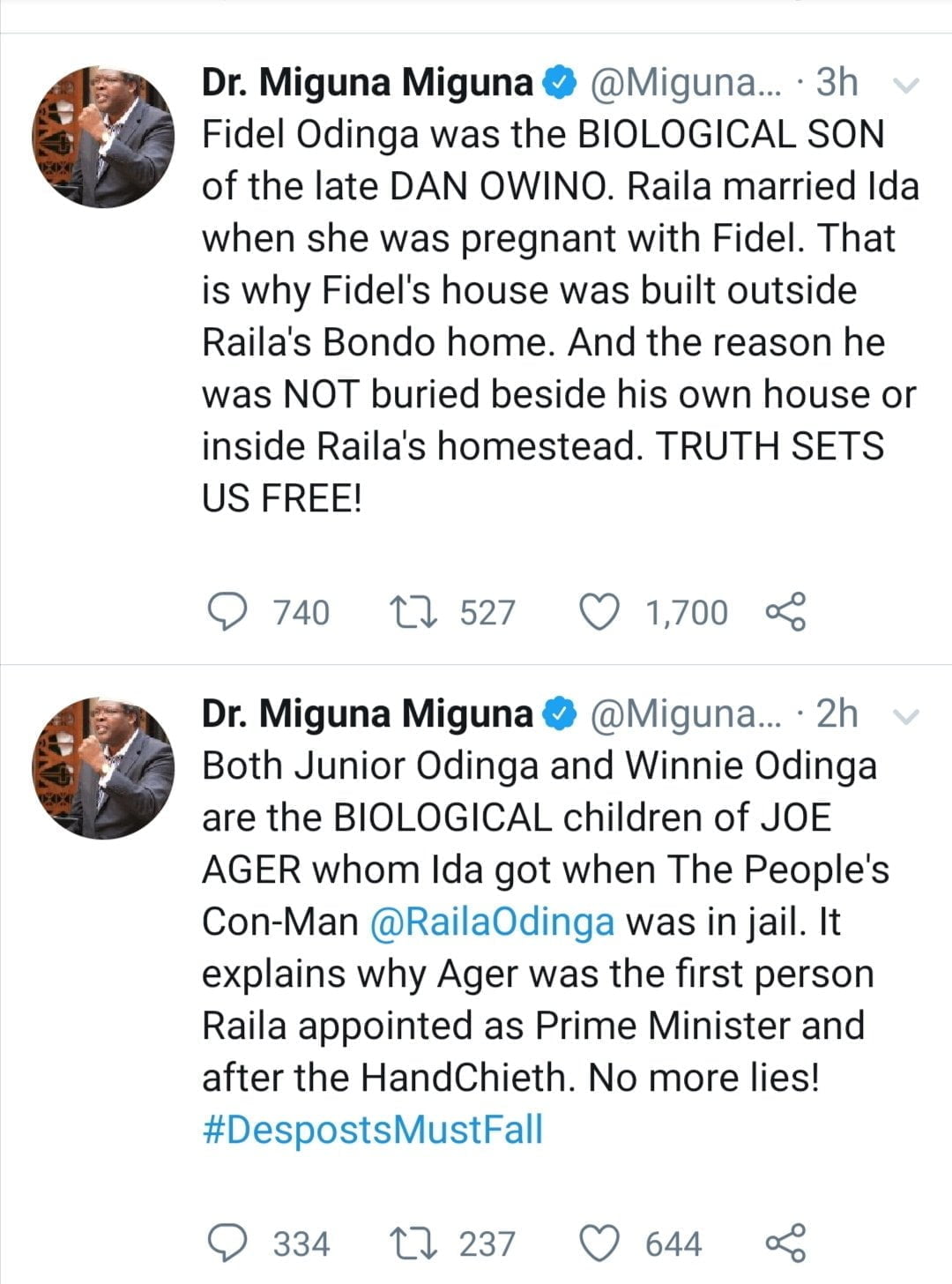 Here are some posts that we sampled.

Miguna Miguna, who suffers from delusional disorder ought to know that his manic abuses of Raila Odinga everyday only excites TangaTanga members .. Miguna who was nothing was given helping hand by Baba & when his employment ended, went back to nothing … Bure kabisa wazimu!

Miguna Miguna and Rt.Hon Former Prime minister Raila Odinga are not equals. Miguna is unwell. He needs ours prayers fr.

It’s pathetically low of Miguna Miguna to Besmirch Raila Odinga’s children, especially a dead one. There is a limit to insanity, callousness and evil.

If there is someone who should be called a zombie, then Miguna Miguna is one. I have often said that he can blame anyone even for failing to impregnate his own wife! What crime did Raila Odinga commit assuming he married a pregnant Ida? Why should this concern Miguna? pic.twitter.com/cOEzG2V5z1

Miguna Miguna ni muongo, Winnie was born in 1990, Odinga was released on 12 June 1989, only to be incarcerated again on 5 July 1990. Kwani hio time ya one year hakua anaonana na bibi yake?