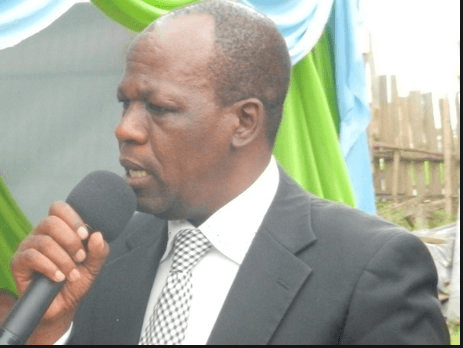 Kenyans on social media have reacted differently to reports that around 63 Members of parliament are battling cancer. This was made public by MP Munyua Waititu.

While narrating how he was diagnosed with brain cancer but was declared cancer-free because the disease was detected early,  MP Munyua Waititu revealed that much needs to be done.

Reacting to these reports, Kenyans have blamed the MPs for always seeking treatment abroad instead of spearheading the building of cancer centres and purchasing modern equipment to fight the disease.

In 2016, A 40-foot container containing medical equipment worth over Sh30 million was returned to Sweden after its donor was asked to part with kickbacks of up to Sh2 million to have it cleared at the port of Mombasa.

We sourced some comments from Kenyans and they have been attached hereunder.

If 63 of our MPs are battling Cancer and they do not have the audacity to push for good medical facilities ( Screening Machines, Chemo etc) for Cancer patients then we are Fucked!!! Literally!!

63 MPs are battling cancer but they will steal money meant for health services or divert such allocations for leisure in Russia https://t.co/MiR6fovSen

Health ministry says 10k Kenyans travel abroad annually for cancer treatment spending 10 billion. Now that ”63 MPs are battling cancer”, why can’t they use their influence to come up with cancer strategy for KE that offers real change in the diagnosis&treatment of cancer for al? pic.twitter.com/qqIY6w3Wrf

Kenyan MPs would rather increase the money allocated for their car grants than set aside funds for a fully fledged Cancer Research and Treatment Centre. pic.twitter.com/COxZShIwl1

63 Mps out of 349 Mps are battling with cancer and then you expect them to defend Kenyans from poisonous Sugar over sh10,000 bribe?

those are MPs only 63 making headline , how many kenyan that we dont know ailling from cancer and no serious talks about it. they sit in health committee what proposal or bills they discuss concerning the same.? https://t.co/DZwSZrv32F

63 MPs battling cancer, Juja MP reveals as he seeks treatment in India. Its the time they start thinking beyond being controlled by executive and pass better laws that will save themselves too. pic.twitter.com/qWuXpS4EoD

Parliament in denial over the number of MPs battling Cancer…

Aisee. Like the fact that there are ‘MPs’ with cancer should make #Kenyans sympathise with them! They have a 10 million kshs medical cover while poor mwananchi has nothing! Selfish goons!

“63 Mps in #Kenya battling #Cancer”
This is my thought & challenge to the MPs (All)
Lobby, Legislate & bring the cost of treatment down or better still free! As a matter of urgency and… https://t.co/x9hUK1k6qm

63 Kenyan MPs battling cancer. Should we be worried of tax payers money in any way…? Apologies. Just concerned.

63 MPS battling cancer, this is the right time for them to at least push some agenda in parliament to cub this issue. Why haven’t they? #AMLiveNTV

NB: 63 mps and senators are suffering from cancer here in Kenya. Cancer is consuming many Kenyans every year. The government ought to take some serious investments in our health sector, by installing cancer screening equipments in all public hospitals.

#BattlingCancer
If we’ve 63 MPs battling cancer and assuming that it will cost each Ksh.8,000,000 to be treated in India, the total amount will be more than 1/2 billion shillings minus the number of the extreme rich Kenyans!
That amount is enough to start a cancer clinic at KNH! pic.twitter.com/oQBJPvvzWh

Apparently 63 MPs are battling with cancer yet they can’t raise a voice to the deteriorating conditions of health facilities in this country simply because they can afford treatment abroad? Who bewitched us Kenyans? Who??