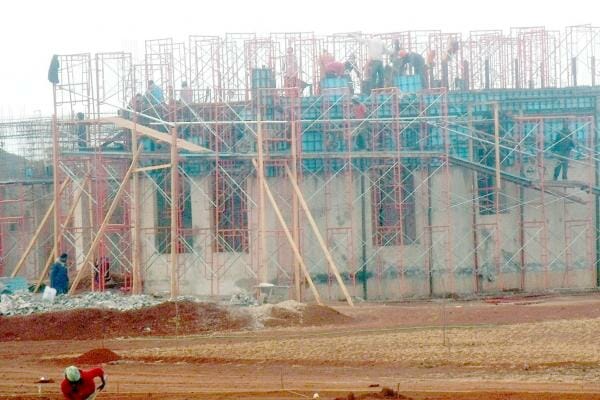 News that Deputy president William Ruto is building a 1.2 Billion house in Uasin Gishu have been trending on social media since the star Newspaper broke the story.

According to the Star Newspaper , The stately home is estimated to sit on 20 acres, part of 700 acres bought by the DP in Moiben constituency.

A Chinese construction company has already laid the foundation for the main house, a guest wing, two swimming pools, a library, gym and other lavish facilities.

Here are some views from Kenyans on social media

I see no problem this guy building a 1.2billion house in Uasin Gishu

I saw this thing and thought it was a factory or something @TheStarKenya Ruto building 1.2b https://t.co/nZG3l0g2sq pic.twitter.com/IW0aChJyVd

Kenya wakes up to interesting news as usual. The Deputy president, Ruto is building a 1.2Bn home in Uasin Gishu on a 600 acre piece of land.

Nothing wrong with Ruto building a 1.2B home in Uasin Gishu,for heaven sake he deserves a 10B house #KOT ed the star must stop being petty

Why is Ruto building a house in Uasin Gishu yet he operates from Nairobi? Even Kibaki doesn’t stay at his Othaya home ICC kujieni mtu wenu

If u earn a net salary of 500K pm,it will take you 200 years to earn the 1.2 Billion that DP Ruto is spending on his rural home @TheBahati

Dep President is building a 1.2B home in Moiben & you dare say we are broke? Ruto is a chess player, ready for 2022 pic.twitter.com/VTNLc7SaLS

How can Ruto be building a sh1.2 billion home yet in 2013 he was begging for sh10m to launch URP? Jirongo gave him money he got from NSSF

280000 teachers were on a strike for five weeks demanding kshs 1.4 billion. Ruto is building a kshs 1.2 billion home in Moiben.