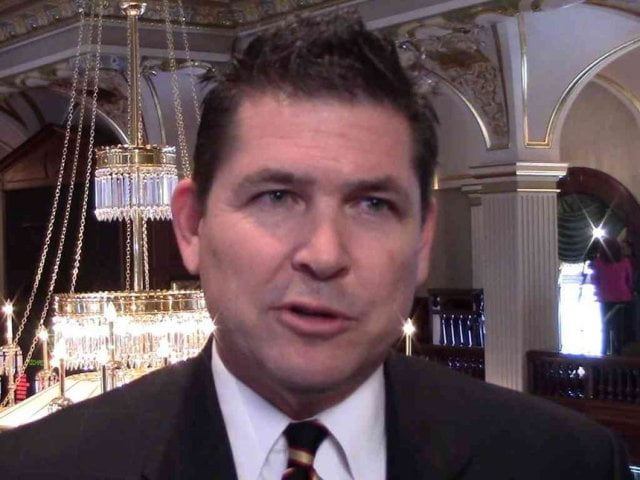 Kyle McCarter, US Ambassador to Kenya

It was the worst of times, but it was also the best of times as many Kenyans have began waking up to the reality of how their oppression is intricately managed from abroad. This is not to mean that the oppressors at home are not guilty.

When I talk of Kenyans, maybe am talking about Nairobians (the others, ravaged by poverty can only be manipulated this way and that way. We pray their eyes open), those souls who endowed with knowledge to think and rethink often votes opposition to the government when it comes to elections.

When Mwalimu Mutemi Wa Kiama was arrested, most of us were made aware of the link between our present predicament of underdevelopment and the western world. Kiama through a thread first posted by another activist going by the incognito name Surambaya made us see how descendants of colonial chiefs, the collaborators and home guards are the ones who have captured the dream of Kenya’s independence and have continued to serve without the question or shame, the ideas of the Western World.

No doubt, current US ambassador Kyle McCarter whom we referred to as a slayqueen because of his penchant for walking with the looters of the land, taking pictures with them like a slayqueen would a sponsor.

Well, today, as he should, exiled lawyer Miguna Miguna corrected Kyle’s slayqueenism of promoting tourism, that old fashioned past time of Western world full of lies about being so important to the GDP, while it is not. It is still those western people that benefit for they have taken over large swathes of land in Laikipia, and the Northern Kenya etc.

Kyle, had tweeted, ‘Restriction of movement over. #USAMarafiki Karibuni #magicalkenya #safekenya”, over a video of a heard of what appears as wildebeest migration, to which Miguna quoted and corrected him.

“Like a typical Yankee and neocolonial chief, you maintain the primitive belief that Africa is just about WILD ANIMALS that you celebrate but you don’t care about the LIVES OF AFRICAN PEOPLES”.

Kyle, who boasts of having grown up in Kenya, in Meru, was obviously hurt by the truth and responded rather undiplomatically.

“It is about bringing back tourists w/ money to create jobs for people who desperately need them. Even you are welcome to visit #magicalkenya Oh! I forgot. Never mind”.

This response angered a section of Kenyans. For good reasons.

Kyle is the Ambassador of the most powerful country in terms of military might and also, as it has been revealed in 2020, the most overrated and full of PR masquerading as the so-called first world. (hey, thanks to Covid-19 pandemic. LMAO).

Kyle’s predecessor, Bob Godec oversaw the openly rigged election in 2017. They supported Uhuru Kenyatta with all their might despite the many indications that the myth of ‘kumira kumira’ and ‘tyranny of numbers’ had been busted. It only required the opening of the servers.

This was an indication of things to come, the world had changed, China and Russia were having lifetime presidents and the USA wanted allies abroad. Allies who wouldn’t hesitate to trash the constitution, maim and kill opposition supporters and those that would overlook the dirty energy that is coal.

It comes at the right time, when the home guards, descendants of people that collaborated in the plunder, looting and oppression of fellow Kenyans are in power.

It is about bringing back tourists w/ money to create jobs for people who desperately need them. Even you are welcome to visit #magicalkenya Oh! I forgot. Never mind.

We are not wasting time to educate fellow countrymen about this. Miguna who the court has told Government more than 15 times through court orders to return is the same man a US ambassador mocks.

This just shows that the Building Bridges Initiative (BBI), and the current happenings in the country including the Nairobi Metropolitan Service (NMS) led by General Badi has support from the US and UK governments. The later a faded power that cannot speak against the former.

Great to talk to General Badi of @NMS_Kenya this afternoon on how we can improve services to Nairobians – plenty of opportunities for 🇰🇪 🇬🇧 partnership on urban regeneration! pic.twitter.com/RrgNOdoRap

Court has ordered Miguna returned to Kenya because he left without his volition. He was sedated and forcefully exiled. Kyle, the US ambassador mocks this. Kyle supports the flouting of the constitution.

NMS flattened people’s house at night in and around Kariobangi, in total disregard of a court order, yet it has received supoort from UK and now it seems US govt.

These are the same guys that support Najib Balala, the CS for Tourism when he lies about Tourism contributions to the GDP.

Kyle was hurt because of the truth and the truth shall set the next generation free.

Miguna Miguna represents that apex teacher who is unrelenting and uncompromising in his education. This one shakes the lies to the foundations and lays the truth bare, making the colonial masters and their surrogates shudder with fear of a possible ‘waking up of the masses’.

So callous and thoughtless! Dr @MigunaMiguna was exiled in blatant abuse of the law by the Government of Kenya. It ignored 13 court orders and that lawlessness is now being endorsed and laughed at by the narcissistic US @StateDept representative to Kenya.#PoliticalEducationKE https://t.co/wVS2WvOAmn

COLONIALISM HAS NEVER ENDED IN KENYA! these hotels are OWNED&MANAGED by RACIST WHITE PEOPLE!they bring in their white expats to manage who are paid millions and our local blacks are paid peanuts!ONE DAY SOON THIS RACISM ON AFRICAN LAND SHALL CEASE TO BE!THIS IS [email protected] pic.twitter.com/1ZHSxs0SwQ

The worst is that political individuals including @tunajibu, @JudyWakhungu endorse these racists ranches who have no respect for locals! And they lie that they "empower locals". They beg for funding for conservation and claim they are protecting wildlife! LIES!! SHAMELESS RACISTS

Thanks for calling Kyle out for who he is. I wrote this man off when he was pushing the coal agenda on the Coast. They do not care about us. All they care about is the resources we possess. You can see how they treat Africans in their own country. You will fail @USAmbKenya

A NEO COLONIALIST like you Funding a Brutal Regime to maim its citizens while you rip us off thro' KICKBACKS.
Don't worry, a time is coming when you will only enjoy #magicalkenya thro' National Geographic TV.
Enjoy while it lasts.

In this article:Kyle Mc Carter, Us Ambassador