This evening Ezra Chiloba tweeted that IEBC had officially terminated his contract. The embattled CEO has been through several ups and downs with the commission including two suspensions, the latest being lifted by the court a few weeks ago.

Accompanied by a document, Mr Chiloba expressed his displeasure in how the commission had handled the matter, insisting that the internal audit conducted during his absence was highly corrupted. 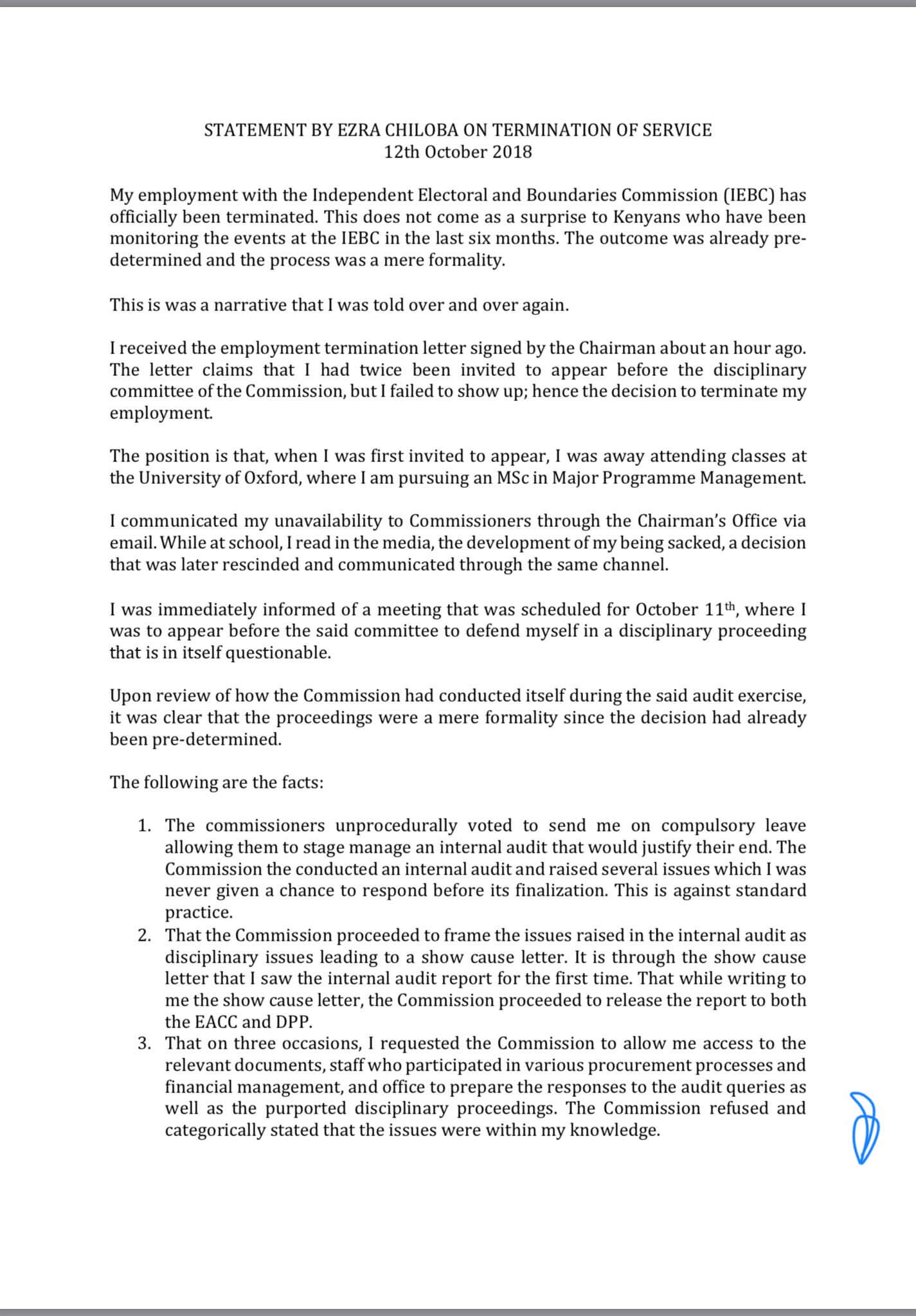 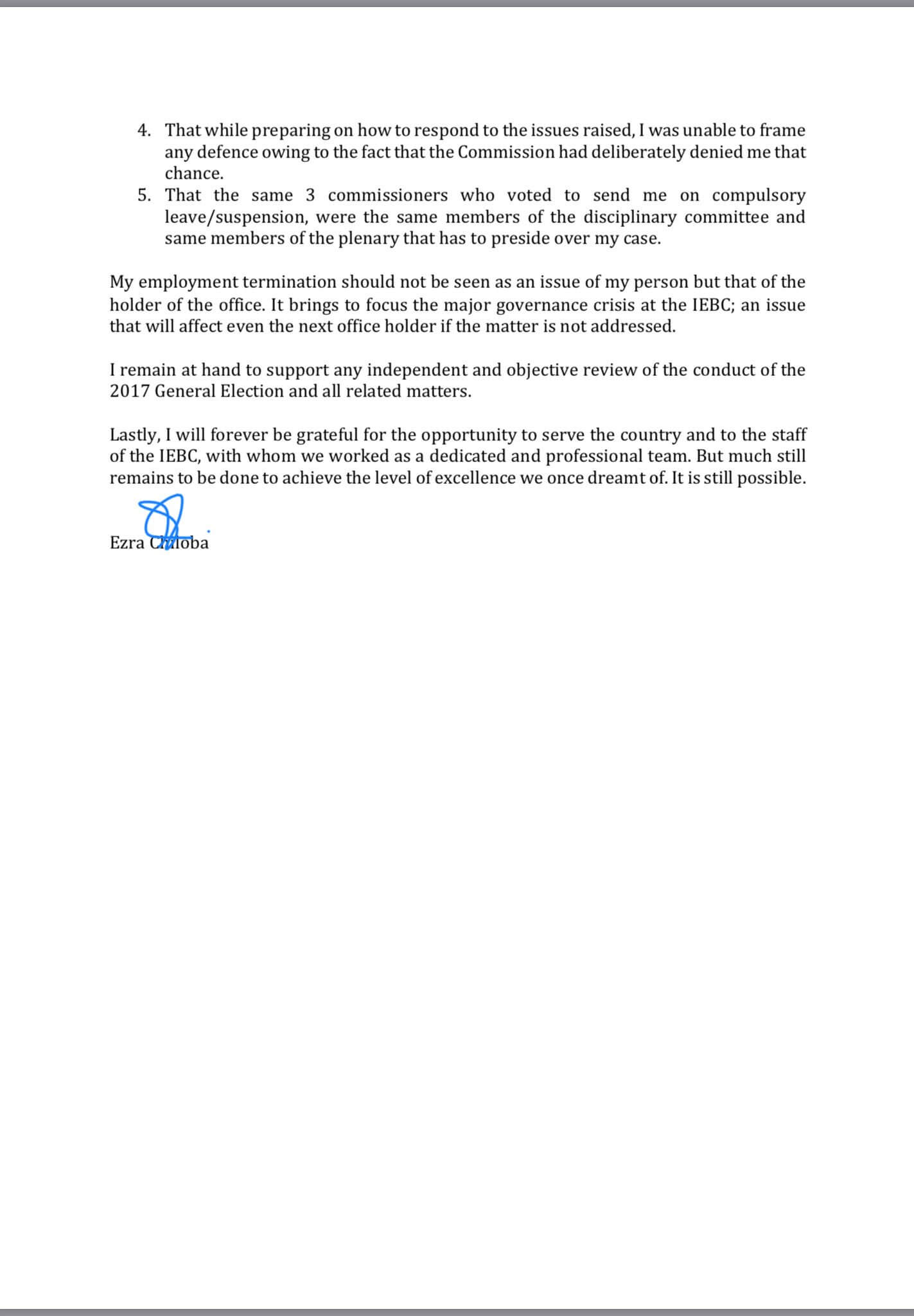 This comes just a day after a report revealed that IEBC could not account for over Sh 5 billion.

Following this development, many Kenyans have come out to air their opinions. With some calling for the arrest of Mr Chiloba while others insisted Chebukati was just using him as a scapegoat.

If Ezra can go the chair must also Exit. We have forgotten chebukati over 500 server logs. Ezra had none!

Good riddance to bad rubbish. We don't care. Infact we want @ODPP_KE @DCI_Kenya to expedite investigations into the procurement of election materials n conduct of 2017 elections, coz jail awaits you.

@WChebukati is the person who has totally collapsed the image of IEBC but he has been using @ezraCHILOBA as a scapegoat. He must be answerable to all the problems at the IEBC. Chiloba is clean!

Cry baby Chiloba Cry! Who cares anyway? Accept and move on just like the people whose elections you single handedly messed up did!

As to your claims about sijui governance issues at IEBC, you were the alpha of it all and you naively thought they'd allow u to also see its end?