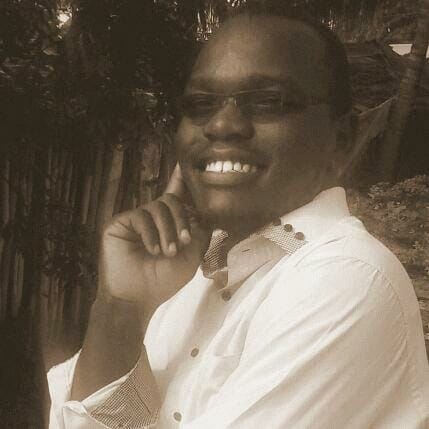 Kenyans must be vigilant. It seems the government is after everyone who coughs online. Kenyans of all walks of life condemned the arrest of Activist Abraham Mutai and have stood in solidarity with him. Indeed, fighting for our rights is not a cake walk. Mutai was flown From Mombasa to Nairobi after being arrested by CID and is currently at Muthaiga police station. Here are some views from Kenyans .

Arrest the Land grabbers, Thieves, murderers, the corrupt but leave bloggers and the media do their work. #FreeMutai

Some of us saw Kenneth Matiba in his prime, WE see him today we cry; WE know he’s the way he is because govt interfered with him #FreeMutai

The #MutaiRevolution o/ o/ o/. We need to make a Stand as Bloggers and Tweeps. If not Tweeting and Blogging will soon be illegal #FreeMutai

Thank you Ivoryman for coming out in your ugly colors.We knew the Geothermal millions had bigger eaters. Didn’t know who exactly #FreeMutai

This year i promised to be positive about my country, but my patience is now tested by the unreasoble detention of my young bro #FreeMutai

I tweeted here that Kibaki was our best president ever. I was insulted and reminded how cool Uhuru is. #FreeMutai

We are now poaching free speech and whistleblowing #FreeMutai

@ItsMutai is a patriot! A young man who loves his country passionately that’s why he has been speaking against corruption #FreeMutai

Kenyans’ rights must be respected ! Uhuru Kenyatta Laws are too mediocre and an abuse to Kenyans ! #FreeMutai

WORD IN:Blogger @ItsMutai arrested earlier today in Mombasa is being transported to Nairobi for questioning on his recent exposes.#FreeMutai

Sad that Govt acting on the laws declared null and void by Justice Odunga. Freedom of expression guaranteed. #FreeMutai #LetMutaiTweet

Journalists are not required to reveal their sources. #freemutai #mutai

What law did he break? #FreeMutai

The police is not your enemy here. Don’t treat them as enemies. They are equally frustrated with these orders for arrests. #FreeMutai

Mr. @OleItumbi we are waiting for you to spin #FreeMutai arrest on behalf of president @UKenyatta who has refused to fight corruption.

My fellow kenyan’s the arrest is not about GDC its all about the poaching story he posted. Daganya toto jinga. #FreeMutai #FreeMutai

Its not about GDC. Why arrest a whistle blower and not the land grabbers? Sad days ahead. We are slaves in our own country. #FreeMutai

Clearly there is no difference between us and those in jail; it is just that they have been caught and we haven’t. #FreeAbrahamMutai

Is whistle blowing a crime in this country? Or were they putting Mutai under witness protection?? #FreeMutai cc: @MohaJichoPevu

YOU may be next. #FreeMutai