The newest money making scheme for the Relathieves and other hyenas is the so called JKIA expressway, a road that is said to be a solution for traffic jams for the rich people landing at Jomo Kenyatta International Airport – JKIA.

The rich would love to fly from JKIA to Westlands without mingling with the city’s poor. You know why the rich woul use it? They’ve locked you out by charging a fee of Ksh155 for using it. This expressway is not a solution.

The major problem in this logic is that the city is fucked up more. Why would anyone want such a road that passes through the heart of the city destroying flora in its wake?

There’s a reason cities have parks and to have a park in a city is to have a city that breaths.

It is a shame that the Jubilee Government thinks that this road to nowhere will help ease traffic. For example, where will this road end up?, in Westlands, exactly, where there are other narrow roads that will still create traffic out of it.

The problem with Nairobi is shitty heads.

Construction of narrow roads, buildings on road bypass, a people who love and cheer when breaking traffic rules and a narrow minded city is aided by cartels sitting at city hall.

Also, there no city that has ever solved its road traffic by building more roads.

Why the project is fake and unnecessary

Jubilee recently launched a plan to have the Nairobi Railways routes expanded to cover JKIA too, why don’t they stick to that instead of building more roads?

The reason is tenderpreneurship and the money to be made from the project.

I think the bypasses are okay and has helped ease traffic.

It is said that the Chinese will also manage the project for 30 years, charging Kenyans a fee to use it. Who really benefits?

We are aware that some govt officials often register companies abroad and use it to scam Kenyans. This might be the reason the project is being hurried. For the leader to eat, they’ll eat the Ksh155 that’s gonna be chsrgedon anyone using the expressway.

This country doesn’t even respect the Nobel Peace Prize Winner Wangari Maathai who fought valiantly to have Uhuru Park spared from Scums such as Moi?

Kenyans have gone to social media to demand that the government leaves Uhuru Park alone.

We support this cause. JKIA expressway is a total waste of time and resources that we barely have. UhuRuto have stolen massively since 2013 and should be thinking about resigning, not extending their stay and useless projects.

Here are some posts that we sampled.

In 1980s, the Late Prof.Wangari Maathai successfully campaigned to save Uhuru Park from excision & constructions. It serves as lungs to over 4Million residents. There's a planned major road infrastructure set to consume vital sections of Uhuru park in Kenya!#LeaveUhuruParkAlone pic.twitter.com/NIM5xHaydK

Somebody, please tell us that is not true. In which insane world do you devour Uhuru Park to build a highway to ease congestion for 12% of motorists? What about a light rail instead? When was public participation done? #leaveuhuruparkalone https://t.co/jlKxklgQAj 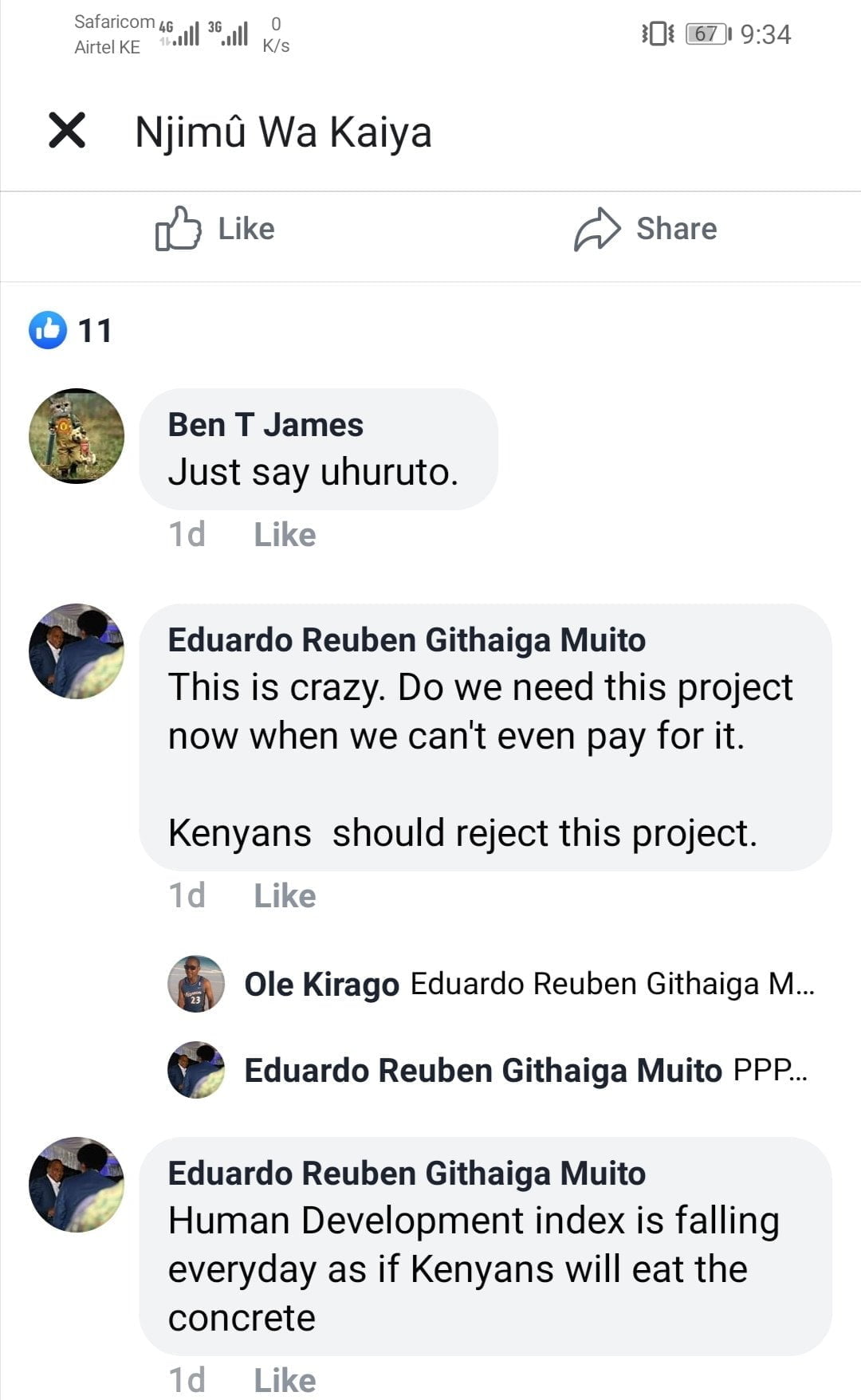 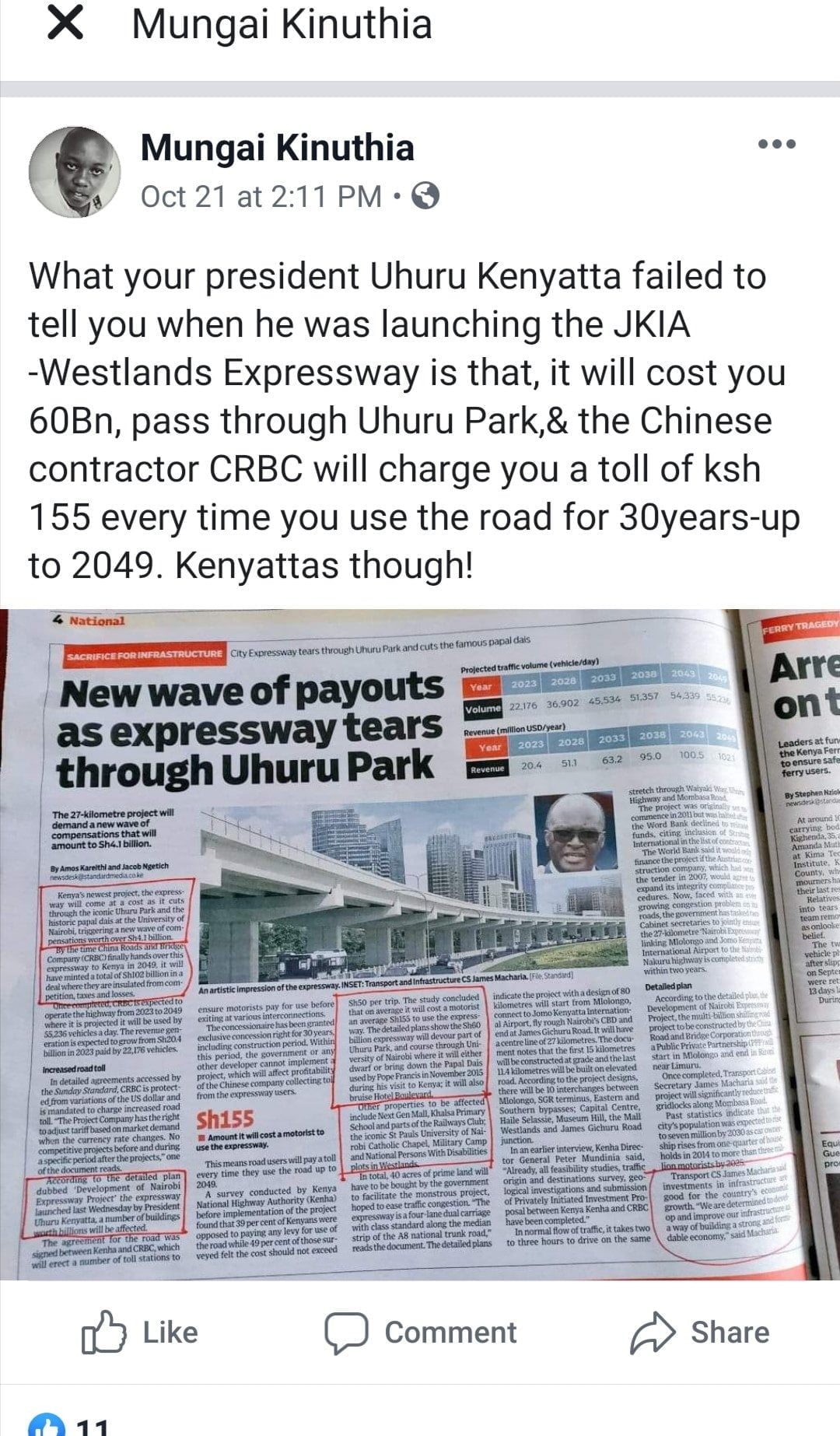 In this article:JKIA expressway, Uhuru Park