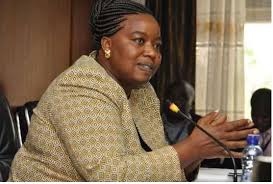 News that some women Mps never voted for Monica Juma  shocked Kenyans. Normally, the women Mps and leaders come out in large numbers claiming that men have ganged up against them. Before delving in, Let me give you the names of the Women Mps who never supported ” One of their own ”

Joseph Kola says #KenyansForMonicaJuma women MPs are also a total let down. Imagine if they all supported Monica? Someone tell me the role of women reps btw

Dennis Maina says Women their worst enemies, more than 2/3 of female mps voted against #KenyansForMonicaJuma how will #GenderRule be achieved?

David Black The worst enemy to the woman is women,that was proved and has always been proved…women against competent woman #KenyansForMonicaJuma

Meshack Sindani says Women MPigs can afford to turn against their own, then later yap about gender equality in leadership #KenyansForMonicaJuma

LazzoMint says All women should be in kitchen,if women Rep and Female MPs didnt support Monica then prissss,stick to castration #KenyansForMonicaJuma

Asha Fox Says About 2 thirds of the women present in Parliament voted against Monica … representation my Foot! #fridaybriefing #KenyansForMonicaJuma

Big question : Should we do away with Women Reps ?