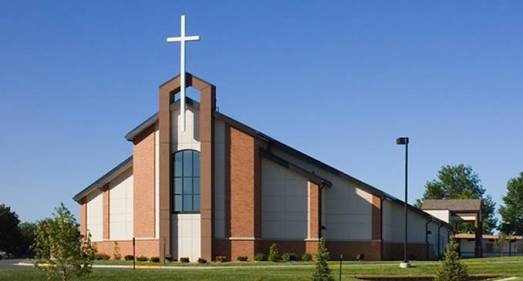 Kenyans are religious, not spiritual

The inherent stupidity of church-going Kenyans means that they view God from the lenses of a building. That being in some sort of house built with stones, means being in God’s presence.

For those who have been privileged enough to watch the movie “Stigmata” it refers to a script which was said to have been written by Jesus himself. He said that the church is not a building made of wood and stones, but is within you.

The Catholic church, knowing full well how their relevance hinged on misleading the masses, went to great lengths to suppress this last script.

Come to Kenya and see the clusterfuckery that the church engages in, and you’ll realise that all church leaders are disgusting pieces of shit.

When you see church leaders entertaining politicians in their Sunday sermons, where they are given an opportunity to “wave to the crowd” is just a sickening image.

Our pastors are of low intellectual disposition, many going to study theology in bogus institutions. Reading some other book, without referencing it with real-time context, doesn’t make someone a genius.

The biggest scam of our time is the “tithe”. Why would you give someone 10% of your earnings? Are you fucked in the head? Kwani uko na panya kwa kichwa?

Why are you idiots fundraising to build those white-elephants called churches? Can’t you build facilities that will be of use for longer?

Stop your nonsense you stupid Kenyans. While Elon Musk is talking about colonising Mars so as to save humanity from extinction incase of a nuclear war, and you idiots are still here being preached to by retarded church leaders who are after your money?

Kenyans below the age of 40, you have to depart from the ways of your dumbed-down older generation of idiots. You need to understand that everything your parents, teachers, pastors and the system told you, is a lie.

You need to use the Internet at the palm of your hands, to search for knowledge. We are in the digital-age, not the agrarian revolution age. Act like it.

Sundays are very productive days. You cannot steal the lives of your children, by spending an entire day in church, listening to retiree’s who are concocting development “projects” so as to fleece their congregants.

Retiree’s need to get the fuck away from church. Those so-called church “elders” need to go fuck themselves because their limited knowledge of life, isn’t a blue-print that any sane man should adhere to.

Can you imagine that someone like Fred Matiang’i is a church elder of the SDA Church? How fucked up is that? And you would be an idiot to attend such a church? Grow up motherfuckers!

Any Kenyan below the age of 40, we have to make sure that by 2030, religion ceases to be what it is today. Either you precipitate the end of religion, or force a radical shift.

It is 8-4-4 which is embedded on religion, which demonised artistic expression and co-curricular activities. CRE/IRE need to be abolished.

High-schools should stop forcing students to attend churches. Stupid 8-4-4 teachers who claim to be “born again” must be sacked! We would wish that religion is reduced to a voluntary activity, where nobody is forced.

We cannot turn our kids into zombies, by spoon-feeding them with bullshit bible verses even as kids the same age in Japan are being taught how to assemble computers.

Imagine your dumb kid reciting bible verses is seen as “intelligence” when kids his/her age are exploring science and the future. Stop making your children as dumb as yourselves. Buy for them books on science, innovation, and others. Not the fucking bible!

Kenyans under the age of 40, it’s your turn to make our country great. It begins with saying NO to religion. To stop attending church. To tell your teachers to stop making your children retarded by forcing them to read bible verses. By making sure CRE/IRE is not taught in your shit 8-4-4 schools.

Do that, and we will take kenya to the next level. Our kids won’t admonish us, as we are admonishing the wankers over-40 who were so dumb, to see and speak out against these things that I’m raising today.