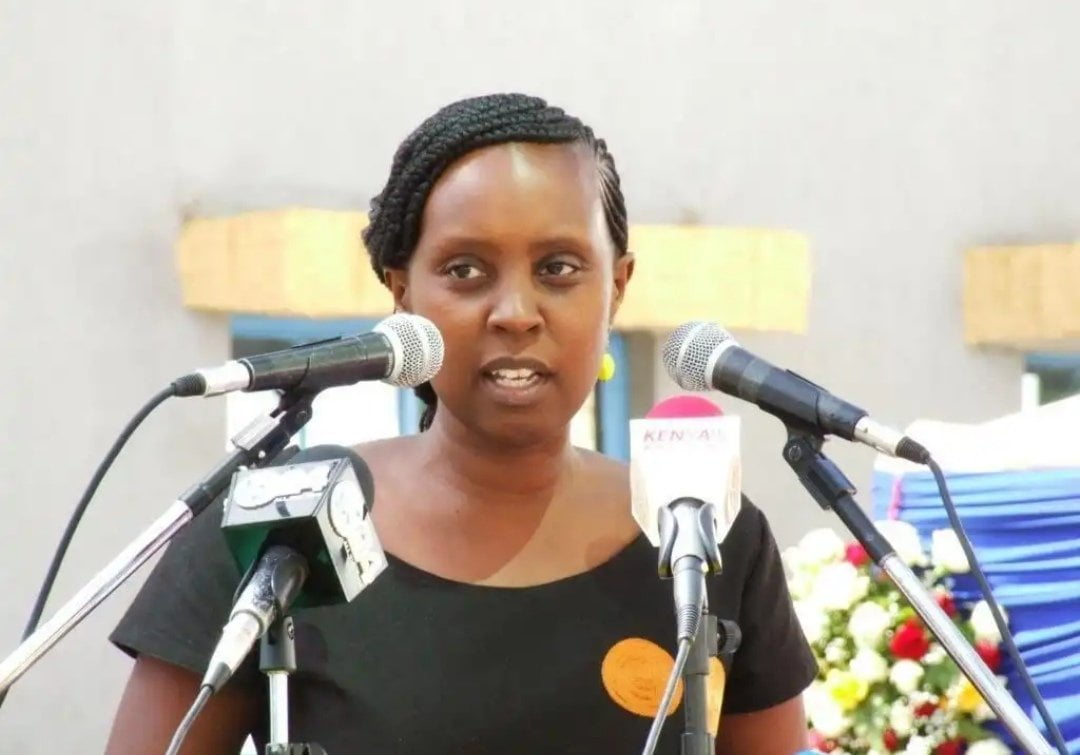 Dr. Wandia Njoya is a favorite and she has a mind and message that is refreshing about social issues.

According to one other friend opinion of Dr. Wandia, he said, ‘she stimulates your faculties and ignites you to think critically. She will remind you that you are a human being with the capacity to think’.

News broke out yesterday that Simon Ngari (25 years old) had killed himself because of a Kshs. 3000 mobile app debt he had defaulted.

The man as reported feared being listed on Credit Reference Bureau (CRB).

Part of the passive agression in Kenya is the attack on social commentary. If you comment on something social, people hit back with “speak for yourself,” or “not everyone is…” This attack is designed to isolate Kenyans and deny us ability to talk on anything beyond ourselves.

When we are denied the chance to comment on the social, we are being told that all our problems come from nowhere but us. This isolationism encourages suicide because every time a person loses at a very unfair system like CRB, they think that the problem is them, not the system.

Of late, it has become fashionable for media and their pundits to advice people not to take rejection by lovers so seriously as to become deadly. That is stupid advice. The question is why do people feel so desperate when they are rejected? Or when they lose money?

The answer is simple: there’s NOTHING in Kenya that affirms us. Every process in Kenya is violent. From school, to church, to the news on the media, to our very toxic politics, there is nothing that says: you are human and you matter. So we rely on money and love to affirm us.

So dear youth of Kenya:

YOU MATTER. There is nothing wrong with you. There is everything wrong with the racist, neoliberal system that is rigging the game so that whatever you do, you cannot win. It is not your fault. It is the fault of the people in parliament and state house.

You deserve a country that gives you a chance. You deserve healthcare and education without running into debt. You deserve an environment that allows you to work with your mind and your hands without worrying if you will pay the hospital bills and school fees. You deserve DIGNITY.

You deserve a chance and space to live, work, love and think in dignity, WITHOUT GOING INTO DEBT. It is a rabid, political elite which thinks that the only way to value anything is by how much money the rich get for it, not by how much if affirms our dignity.

So when you lose, please don’t feel that it is your individual fault. It is our collective fault. We have failed to demand the social services and environment that would cushion you when you lose at one thing, so that you don’t feel you have lost at everything.

Resist the pressure to blame yourself. Make your problem OUR problem. Because it is our problem. We are because you are. So if you are unwell, we are all unwell. Don’t lash out at yourself or at the people your love. Talk to us. Be bold and say that “KENYAN SOCIETY has failed.”

And don’t listen to the bots and the politicians, media, academics and other adults saying that you are not qualified to make social commentary. That “not all people are…” or that you should “speak for yourself.” You matter. You are allowed to judge society. Go ahead and do it.