All hope is not lost as many Kenyans are using courts to fight retrogressive Laws, for instance, the Alcoblow Directive that the tribunals declared was conflicting with the traffic act.

As we move forward, Kenyans are exercising their rights to fight retrogressive Laws and defend what is right. A Kenyan of Goodwill had petitioned Education Cabinet Secretary to withdraw a Kiswahili Setbook over intergity, corruption and other reasons.

As Cyprian Nyakundi, I will keep highligting some of these issues the corrupt media is bribed to be mute about. 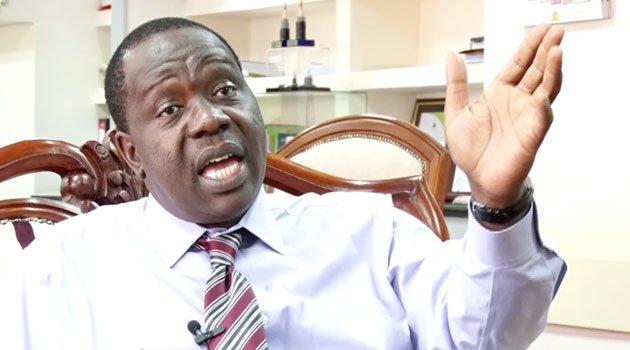 From this, it’s very clear that there is no diversity in this stories and this will be a raw deal to the students for five years. 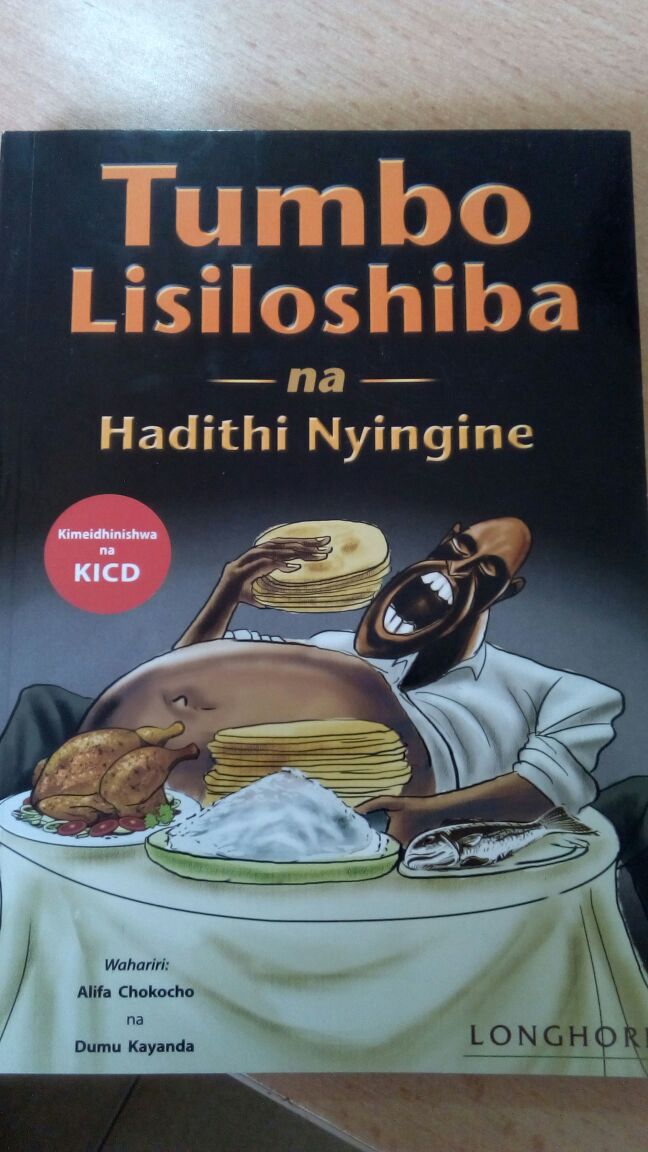 From the fact that most of the stories were written by two authors, the stylistics, thematic concerns and characterizations taught have a striking similarities. This is not what is intended by the ministry of education when teaching short stories.

These two authors have in one way or the other been in the set book list for so long. Yet, KICD receives so many good books that are always thrown away ‘because they are bad’. Its time Students got the best.

This is already explained in the first point above. The first circular by KICD that circulated widely in social media indicated that for Kiswahili Short Stories, Tumbo Lisiloshiba na Hadithi Nyingine by Ken Walibora and Said Mohamed had been selected. Later, a second and final circular was released that listed the same book but with different editors, Alifa Chokocho instead in place of Ken Walibora and Dumu Kayanda in place of Said Mohamed. To show clearly that this two are just pen names, inside the book, Alifa Chokocho and Dumu Kayanda have the same profile and are said to be emerging energetic writers. One wonders how emerging writers bring together writers like Ken Walibora and Said Mohamed and to have their book selected by KICD.

This is a big fraud.

There have been allegations of corruption in this exercise. It’s said that the first release of this exercise was cancelled because of corruptions allegations and publishers were told to resubmit their titles (with no extra cost). It’s after the resubmission that these results were released. Word has it that some publishers paid between 10m-20m to have their books approved as set books. In the last circle, it’s also alleged that a certain publisher in Westland paid 15million to some cartels to have its two books approved to be set books. The two books its alleged are a Kiswahili novel and English novel.

In summary, this is an indication of the rot that is going on in the set book selections. It’s a big business for some cartel.

This letter is intended to highlight what has been happening from the various allegations. 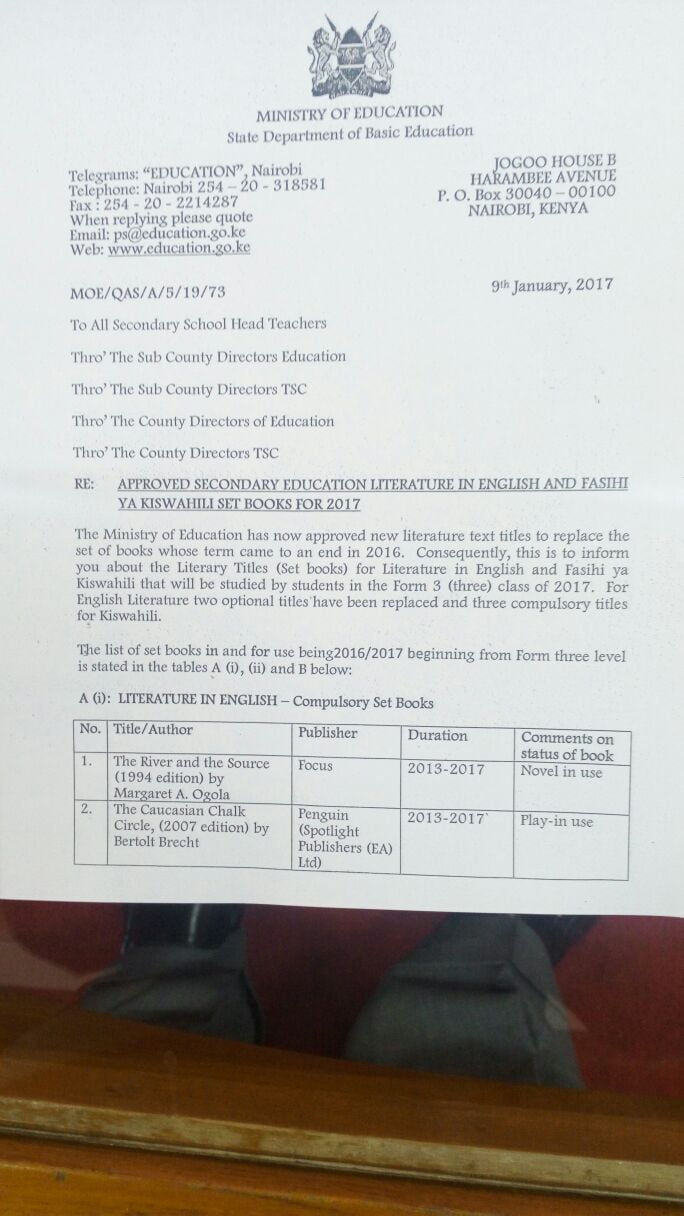 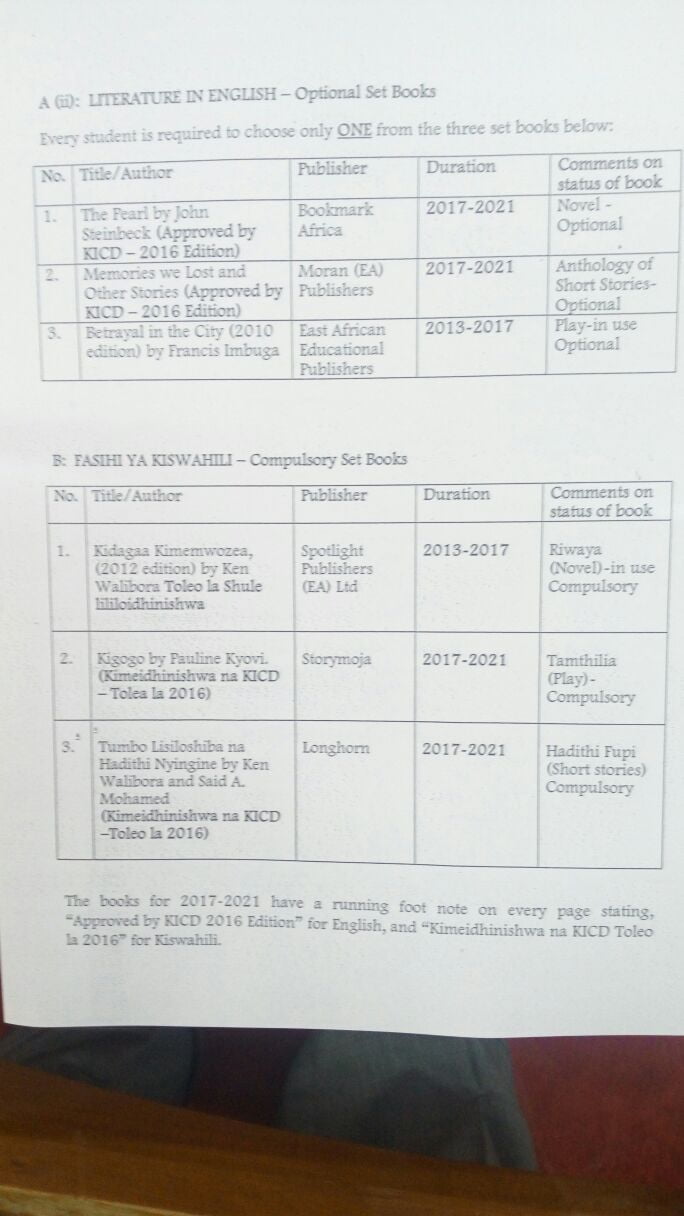 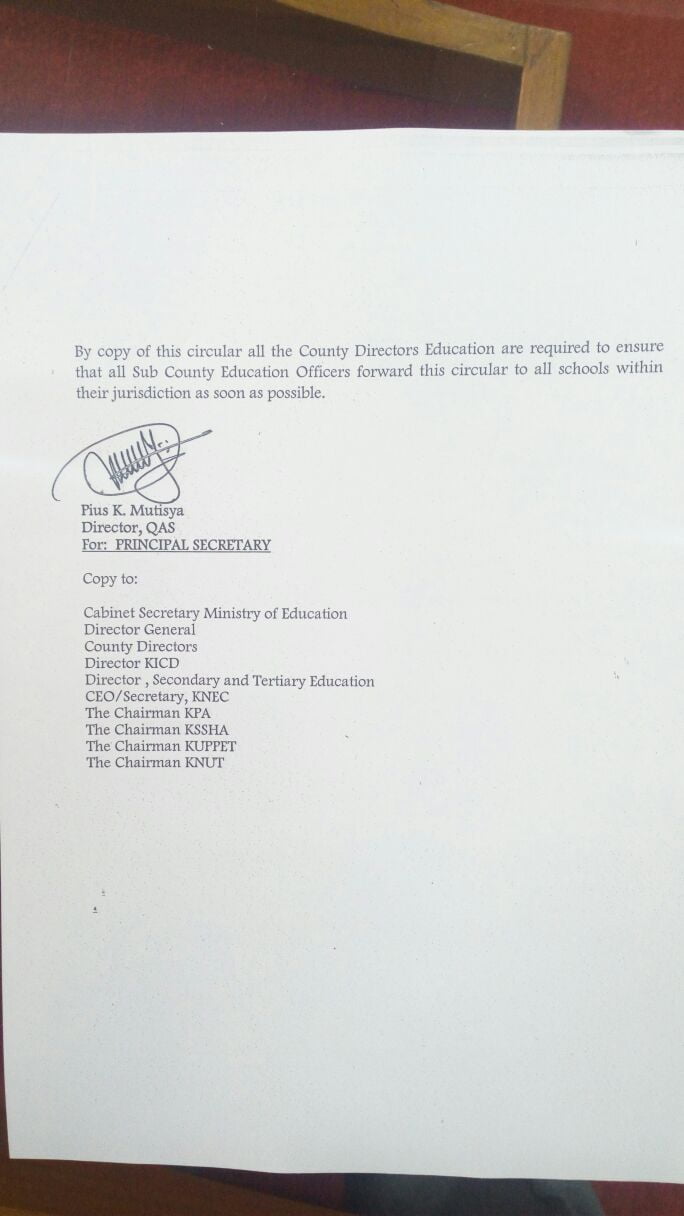 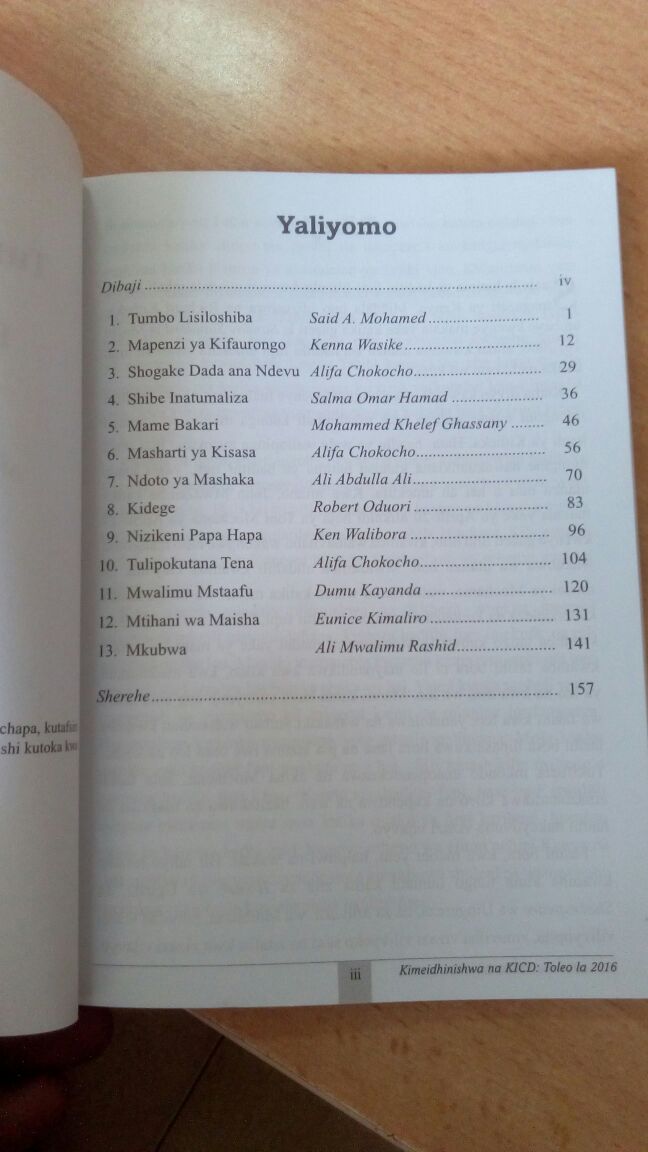 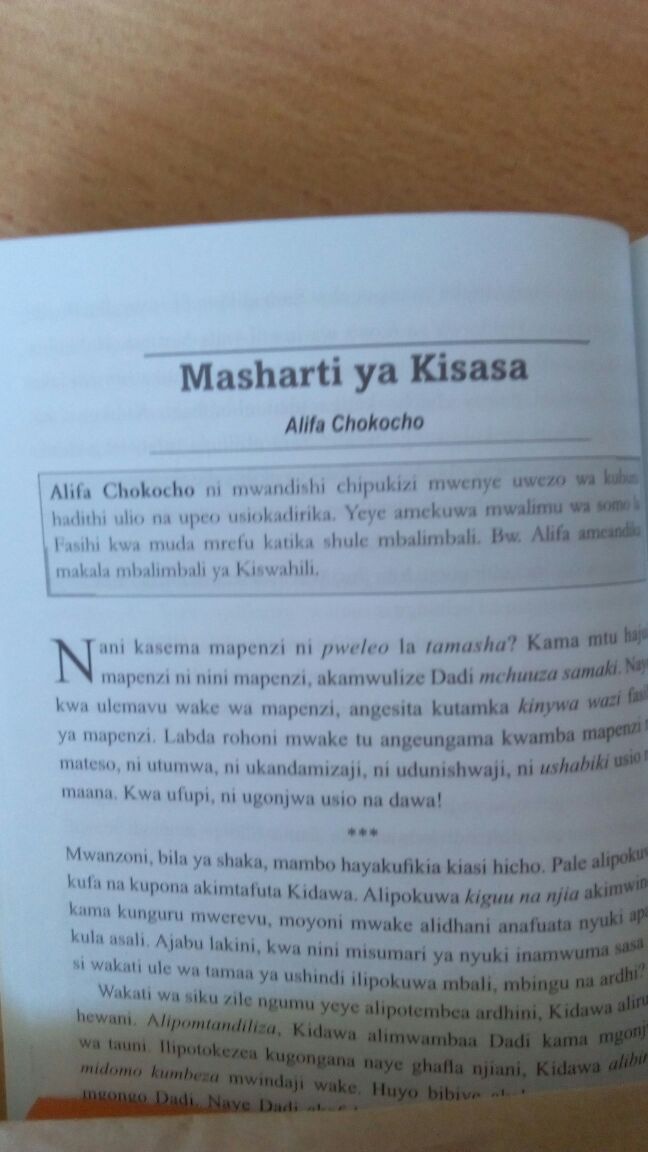 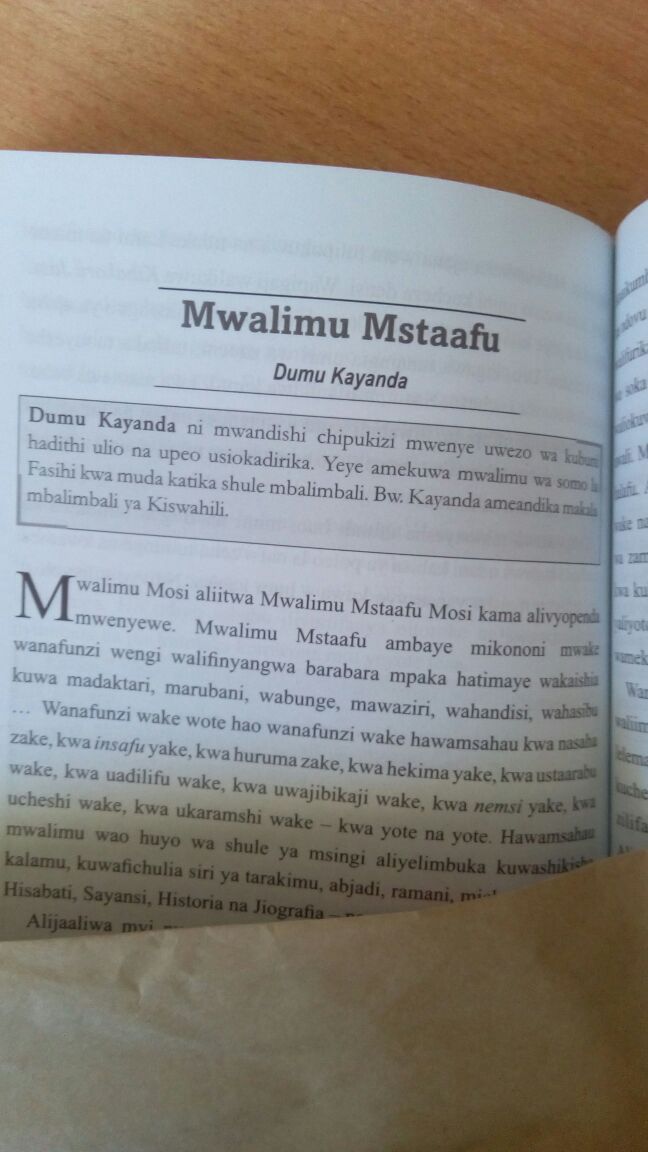