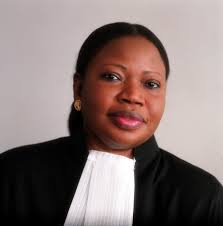 The International Criminal Court Chief Prosecutor Fatou Bensouda’s evidence that was to be used against President Uhuru Kenyatta adversely mentions the country’s intelligence agency. Bensouda says a man thought to be an agent of the National Security Intelligence Service (NSIS), now National Intelligence Service, played a key role in getting the outlawed Mungiki sect to be actively involved in the 2007-2008 post-election violence. The evidence describes how Mungiki was contacted by the agency and how eight of its top officials were eliminated after violence ended. The allegations by the Office of the Prosecutor contained in the pre-trial brief link the President to the outlawed sect. Bensouda says attempts to establish an alliance between the Party of National Unity (PNU) and Mungiki were made through several channels. “One was Geoffrey Machira, thought to be an agent in the NSIS and who enjoyed direct access to President Mwai Kibaki and Francis Muthaura, the Permanent Secretary to the Presidency, Head of Public Service and Secretary to the Cabinet,” she alleges. She says other PNU officials dispatched Mr Machira to present an offer to Mungiki. “In exchange for Mungiki’s support in the election, PNU would end the extrajudicial killings of its members, permit the organisation to operate without police interference and provide monetary payments and release of any Mungiki members arrested by police,” she claims. See also: The meetings Bensouda claims Uhuru held to plan PEV attacks Bensouda says eight Mungiki members who dealt personally with the accused (Uhuru) and his agents were systematically eliminated. “These killings and forced disappearances were part of a ‘clean up’ campaign to conceal the accused’s involvement in the post-election violence,” she adds. NAIVASHA ATTACK Bensouda names Charles Ndungu Wagacha, Maina Diambo, Naftali Irungu aka Marcus, Anthony Mwenje aka Noriega, Njoroge Gichere, Timothy Mburu Gatira, Njuguna Gitau Njuguna and George Njoroge Wagacha, aka Afco as those who were killed or disappeared. She says Wagacha liaised with the principal actors on the PNU side to coordinate the Rift Valley attacks and was reportedly killed by police in April 2008. She further says Diambo was present at planning meetings with PNU officials and reportedly arrested by the police in June 2008 and subsequently disappeared.
“Irungu received money and weapons from PNU officials for the retaliatory attacks. Irungu was killed with Mr Wagacha in April 2008,” she adds. Bensouda claims Mwenje dealt with Uhuru during the post-election violence and controlled a platoon of Mungiki attackers during the Naivasha attack. He was arrested by police in May, 2009 and subsequently disappeared. She adds that Gichere was a senior Mungiki leader who attended planning meetings for the Rift Valley attacks and received money from Uhuru but disappeared shortly after the violence. The chief prosecutor says Gatira met with Uhuru and received money and materiel for the Rift Valley attacks and was killed or disappeared in mid-2008. She points out that Njuguna, a Mungiki spokesman who collected money from Uhuru was killed in Nairobi on November 5, 2009 by plain clothes police officers, after expressing an intention to meet with the former ICC Prosecutor, who was in Nairobi on that day. “Wagacha, the personal assistant to Maina Njenga was reportedly killed together with Virginia Nyakio, Maina Njenga’s wife, on April 12, 2008 on the way to meet Mr Njenga in prison,” she adds KIBAKI’S VICTORY See also: The meetings Bensouda claims Uhuru held to plan PEV attacks Bensouda first notes that after Mungiki opposed the Kibaki government in the 2005 constitutional referendum, the Government launched a campaign of extra-judicial killings, enforced disappearances and arbitrary arrests of the sect members. She, however, points out that the Government suspended the crackdown in late 2007 to secure Mungiki’s support in the 2007 election. She points out that ODM denounced Kibaki’s 2007 victory as fraudulent, which resulted in violence throughout the country. “As the contest for power moved to the streets, the accused and PNU leadership resolved to retain control by retaliating against perceived ODM supporters, turning to Mungiki members and other pro-PNU youth to carry out the attacks. Mr Kenyatta articulated this policy at a crisis meeting he chaired in Nairobi State House on or about 30 December 2007,” she claims. Bensouda further claims that Uhuru announced that “PNU was not ready to hand over power and that the attendees should talk to the Mungiki, organise our men and counter (ODM supporters) on the ground.” She alleges that Uhuru then summoned an assistant to bring in a large sum of cash, which was distributed to Mungiki to mobilise men and purchase materiel for the attacks.