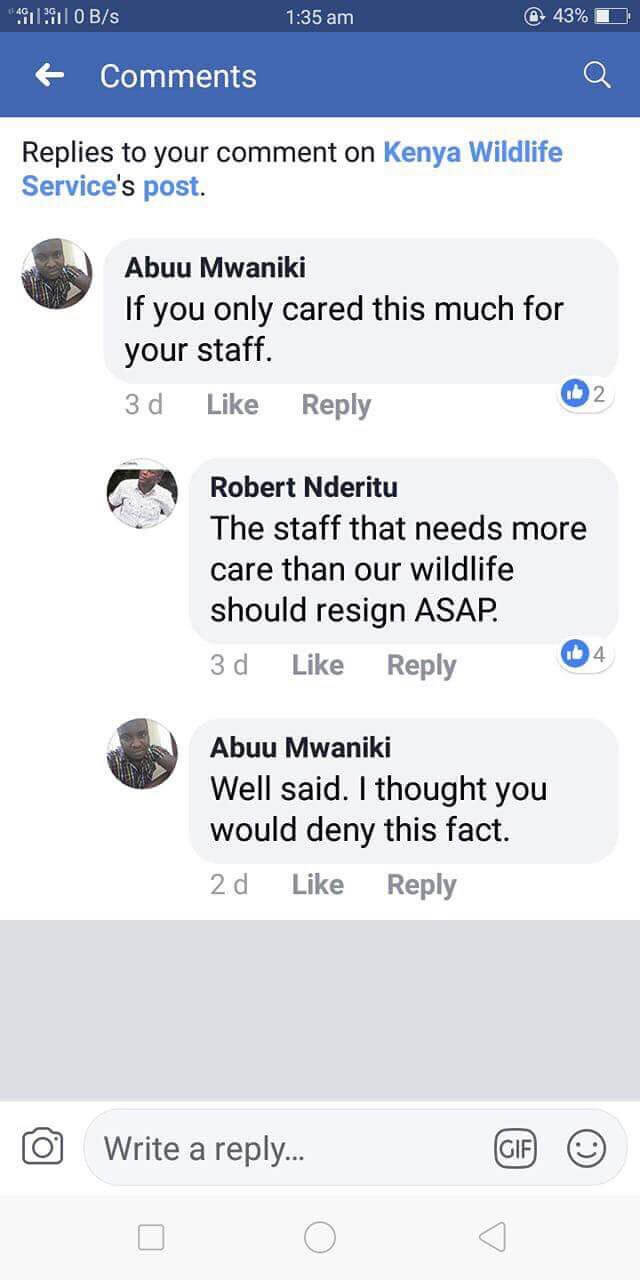 The body of Eunice Musili is still being held by the Mater hospital over unpaid hospital bills. The late ranger was serving at the Kenya wildlife Malindi station

The Kenya Wildlife Service has not commented or promised to foot some bill, to enable the family to collect the body of Eunice and Collect it.

“KWS pays us poorly and only values us when we are alive” one staffer who spoke to us on phone lamented.

Kenya Wildlife staffers that spoke to us two days ago confirmed that they were contributing money to sort the bill yet there was ex gratia to settle such bills, a situation that exposes the corruption that is deeply embedded within the KWS DNA.