Kenya has reached out to the International Monetary Fund (IMF) for the second time in less than six months for more loans to cushion the budget that has been ravaged by the Covid-19 pandemic.

This will be the second loan after Kenya was given Sh79.3) billion in May to respond to the economic shocks caused by the pandemic.

The move will worsen the already deteriorating cash-flow in the country amid falling revenues and worsening debt service obligations.

Revenue collection dropped by Sh40 billion in the first two months of the financial year which is also attributed to the disruptions caused by the pandemic.

Kenya is now seeking a quick-disbursing facility where money is sent straight into the budget to top up the public purse and is used at the discretion of the state.

The budget support funding may not be tied to specific projects, leaving gaps to divert the money to fund political activities.

This may push the government introduce more stricter measures to contain the virus and in the end deny the underperforming KRA opportunity to collect more in taxes.

Tax collections in the three months to September shrunk by 14.69% to Sh317.6 billion, meaning the budget deficit for this financial year will increase due to revenue shortfalls. 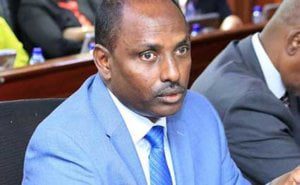 In September, The National Treasury reported that it was in early talks with the World Bank for the provision of an additional budgetary support loan.

The loan will be the third since World Bank began issuing such financing to Kenya last year.

The regime’s bulging appetite for loans is now setting the country to borrow at least Sh2.5 billion daily before President Uhuru Kenyatta’s term expires in August 2022.

The Parliamentary Budget Office (PBO) has hinted that underperformance in revenue due to the covid-19 pandemic will push Kenya’s debt beyond the Sh9.0 trillion legal threshold by 2023.

“The impact of Covid-19 on the economy is expected to adversely affect revenue generation. Given the current and projected expenditure demands, it is estimated that the Kenyan debt stock could reach Sh9.2 trillion in FY 2022/23.” PBO wrote in a budget report.

The country is going for more loans to combat covid-19 barely two months after losing billions of covid-19 funds through KEMSA theft.

A report by the new Auditor General released in September shows that kemsa over procured items with Sh6.3 billion which are still lying idle in its warehouses.