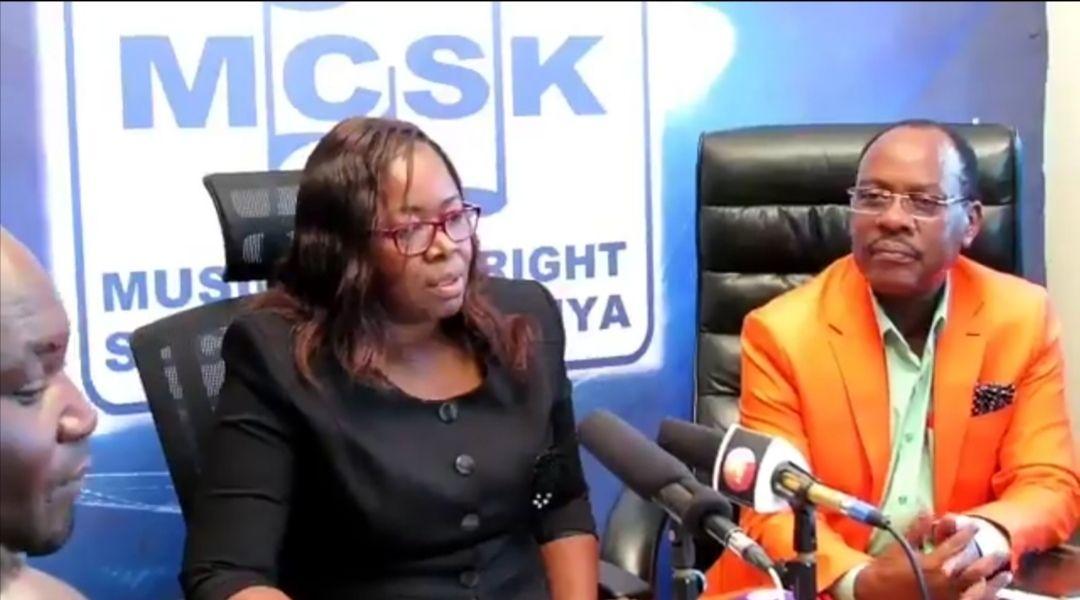 In 2020, Kenya Copyright Board (Kecobo) conducted a forensic audit of three Collective Management Organisations (CMOs) and found evidence of mismanagement of funds.

“The Chairman noted that the preliminary findings of the Forensic Audit raised the following notable issues amongst them: diversion of royalties; Poor Corporate Governance and separation of roles…”, the press statement released by KECOBO said in part.

The forensic audit was conducted by a Ronalds LLP.

After the release of the report, one Mr Francis Nzioki Kavuu, moved to court to stop further investigations.

The court threw out his case.

Over the years, artists and perfomers have been vocal about the measly royalties check they received from especially MCSK.

In August 2019, Kenyans woke to reports that MCSK had sent out an average of Sh2500 as royalty for the year to several Kenyan artistes.

Here is a statement from Kecobo:

The High Court has cleared the way for Kenya Copyright Board to act on the forensic Audit conducted on three Collective Management Organisations (CMOs) last year, after dismissing a petition filed by a member of one of the CMOs.

Justice DK Kemei, sitting in Machakos, ruled that the Forensic Audit was carried out in accordance with the Constitution and the Copyright Act.

“I am satisfied that the forensic audit complained of did not violate the petitioner’s rights and those of the Collective Management Organisation under articles 10, 36 and 47 of the Constitution or any other law,” Justice Kemei ruled.

The judge ruled that KECOBO is entitled to call for audits of the Collective Management Organisations so as to satisfy itself that they are acting within the law and in the best interest of members.

The Board of Directors of the Kenya Copyright Board (KECOBO) in September last year reviewed the final report of the three-year forensic audit on the operations of Music Copyright Society of Kenya (MCSK), Performers Rights Society of Kenya (PRISK) and Kenya Association of Music Producers (KAMP) and decided to submit the audit reports to law enforcement agencies to investigate suspected fraudulent transactions in the CMOs.

To facilitate quick investigations, the Board had directed that the CMO staff and Board members mentioned in connection with possible loss of members’ funds step aside as required under section 46F of the Copyright Act.

However, a member of one of the CMOs Mr Francis Nzioki Kavuu, had filed a petition in the High Court in Machakos which prompted the court to issue conservatory orders suspending the forensic report and all consequential decisions of KECOBO made dependent on the said forensic audit report.

However, today Justice Kemei dismissed the petition, filed on September 28, last year for lack of merit and vacated conservatory orders which the court had earlier granted the petitioner.

“I found it rather curious that the interested parties (the CMOs) had come up with a stratagem where one of its members was used as a smoking gun to take on the 1St respondent (KECOBO) over the impugned forensic audit,” observed the judge.

KECOBO Executive Director Mr Edward Sigei welcomed the judgment saying implementation of the Board of Directors’ resolutions on the audit is back on course.

In this article:KECOBO, Kenya Copyright Board