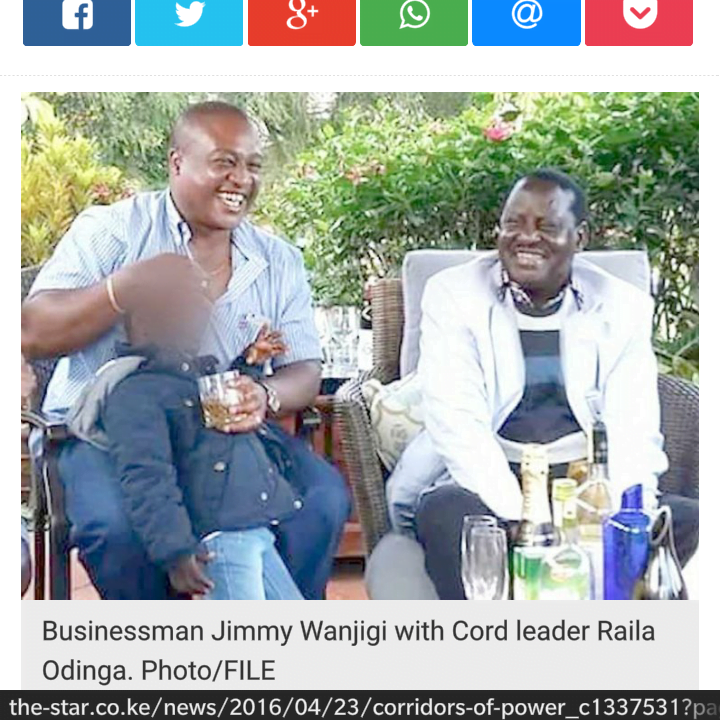 We continue with our theme of keeping the mediocre mainstream media in check, and press on with calls to de-register Daystar University as it has churned out half-baked journalists whose toxic contribution to the Kenyan society has seen us lose our moral compass.

Today we focus on a story regarding Jimmy Wanjigi as it appears in the Star newspaper. Right story, wrong image. Star is desperate to link Jimmy Wanjigi to CORD Leader Raila Odinga, a narrative spear-headed by Jubilee.

Did the government really suddenly wake up and realise construction of a new terminal at the airport was a waste of time and not viable? We are told the powers that be in State House ordered construction of the Greenfield Terminal halted “whatever the cost to public money”. What could have been so damning to halt such a major project? Corridors was told that President Uhuru Kenyatta was unhappy to learn that the Chinese company that was awarded the contract (Anhui Construction Engineering Group) had ties with Cord leader Raila Odinga and businessman Jimmy Wanjigi (pictured together above), who has fallen out with the system. Transport CS James Macharia had to quickly come up with an explanation that the government had opted for a second runway project instead.

Still on Wanjigi, is the businessman finally throwing in the towel and relocating? Sources say he has bought a house in Dubai where he wants to move the headquarters of his Kwacha Group of Companies. The company’s offices along General Mathenge Road in Nairobi’s Westlands area are set to be demolished. Wanjigi was rumoured to have earned the wrath of President Uhuru Kenyatta over the tender for the construction of the standard gauge railway.