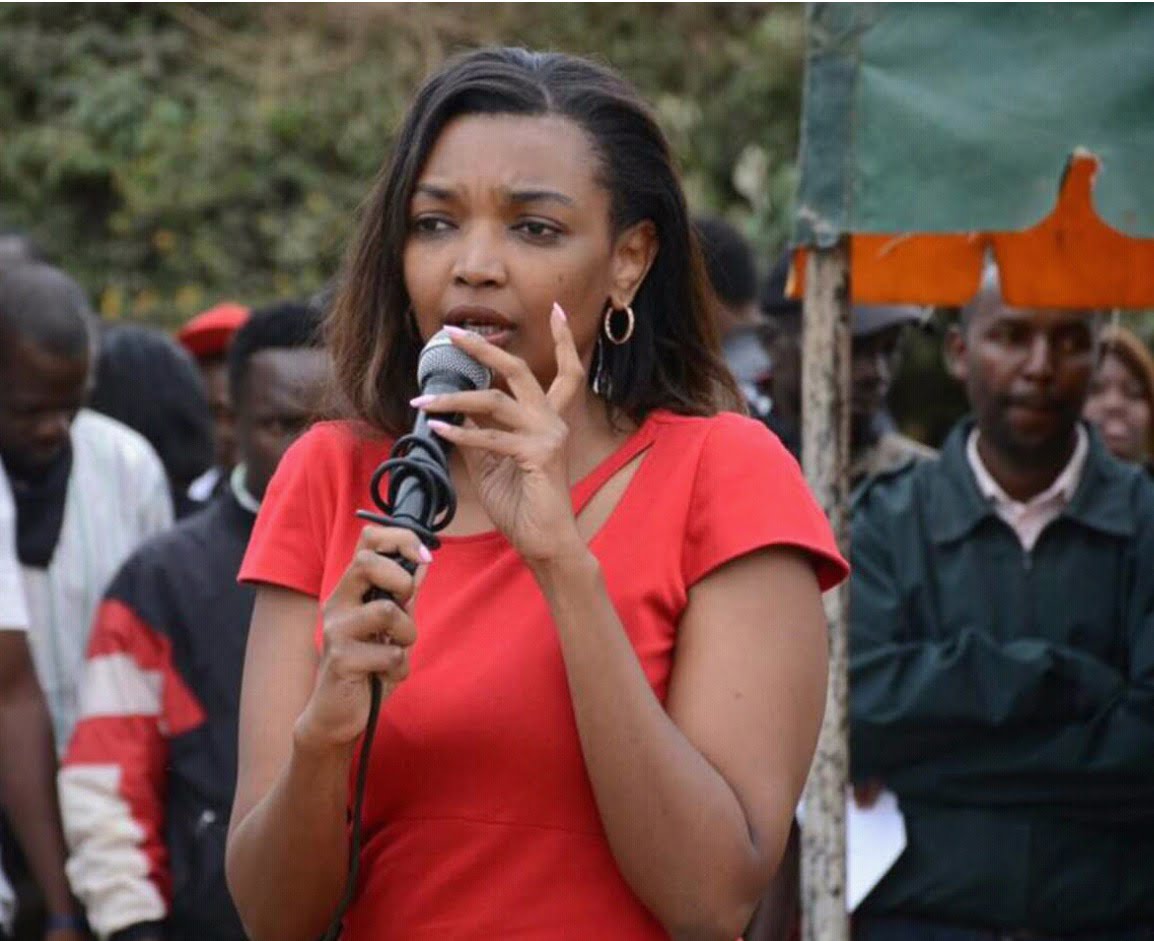 CAPTION: Karen Nyamu. I made this bitch famous.

Before bitter and frustrated feminists like Betty Waitherero start going off on me that I’m being misogynistic by referring to a woman as a “bitch” you need to take a chill-pill and get the context and direction of the article. Feminists need to undo the calamity in their mammary glands and not be so touchy.

First and foremost, I was referring to Kanye West’s song “Famous” featuring Rihanna, where he claims to have made Taylor Swift famous, after the bust-up at the MTV Video Music Awards in 2009, where he snatched her microphone to protest her win at the expense of the more talented Beyonce.

Many of you especially those addicted to mediocre radio stations like Classic 105.2FM or Kiss FM may die without experiencing musical diversity because such stations only play 30 songs on heavy-rotation, mostly covering the era of Uhuru Kenyatta’s age-group which only listens to soul.

Their lack of diversity and inherent stupidity has made Kenya lag behind on all fronts, as the country has few innovators, inventors, manufacturers, creatives and revolutionaries, as Uhuru Kenyatta’s age-group was dumbed-down by systematic conditioning by the Moi-era controls in media, the reason why they still enjoy the music which the likes of John Karani popularised.

The same retarded generation which out of sheer clusterfuckery has maintained a grip on corporate and political Kenya, have made it virtually impossible for the younger and more visionary generations to excel, by choking the upwards flow of merit and retaining the same model and work ethic that incubates mediocrity and stupidity.

Reason why despite playing the bogus soul music which bores the hell out of patrons, someone like DJ Adrian is still overrated by partisan media operatives, who would like to impose their sterile brains to the rest of Kenyans.
The greatest catastrophe of our time is that people of our generation (35 and below) have now found it fashionable to acquire the traits of the older mediocre generation, like listening to soul music and retarded stations like Classic, which replay 30 songs from that Moi-era. They have refused to live their lives and instead, been strung along by a misguided older generation.

A while back, young girls found it fashionable to attend Soul Nights at Carnivore or watch Rugby at Harlequins in pursuit of older working-class men, and unknowingly killing their brain-cells with the Moi-era redundancy that’s common with the age-group which worships Soul music. Those young girls after being wasted by that older generation are now trying to fit in back with the normal society, by reclaiming their lost youth and hanging out with their real agemates, which is a bit too late.

Meaning that the younger generation has shunned musicians of their times like Alicia Keys, Kanye West, Drake, Wyclef and the likes, while still nursing a Soul-Train era hangover. Many of today’s artists and sportsmen have used their platforms to shed light on social-ills, unlike the mediocre Soul-era musicians who were just about the life of partying and obnoxious hair-styles.

So while my headline may have shocked many, it doesn’t come as a surprise to those that have stayed true to their ages, and kept abreast with the latest music.

Karen Nyamu has risen from obscurity and is now vying to be a Nairobi Women’s representative. Prior to that, the only digital-footprint was on this website, where we spoke about her in regards to events back then.

She has since ran with the publicity and prematurely launch her campaign in a field that lacks any intellectual competitors. Her opponent Bernadette Nganga made a poor showing at a recent TV interview, while the current one Rachel Shebesh was disgraced after Mike Sonko leaked photos of them in a lodging, post-coitus.

And it left me wondering, while women have been heckling about empowerment ever since the thief of Kalenjin origin Zipporah Kittony hijacked Maendeleo ya Wanawake for personal gain, the current crop of women leaders seem to be “projects” of men in the background.

It is a huge possibility that many of the women leaders who will be elected into office come next year, will be mistresses of shadowy men. And yes, that’s Kenyan politics of today. The women of merit have been shunned and a crop of media induced fame hunters will be making policy.