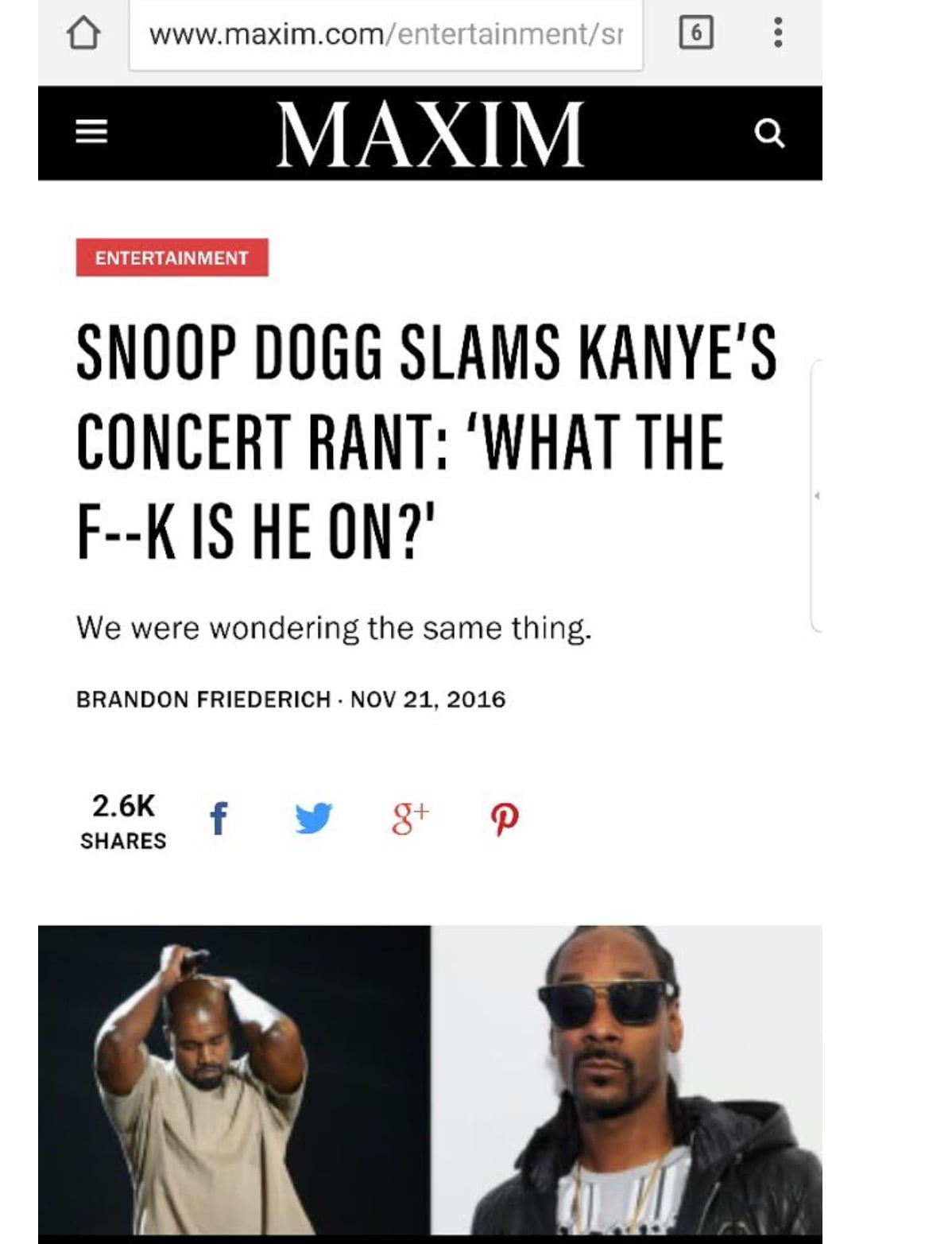 CAPTION: The jealousy of the retarded Uhuru Generation can be equated to Snoop Dogg’s criticism of Kanye West.

After Kanye West went off on a rant this Monday, abruptly cancelling his concert in Sacramento, Snoop Dogg was the first to quip that Mr. West is “crazy” from an Instagram post where he was smoking weed while making the distasteful comments.

Snoop Dogg has made a living from obsolete hip-hop which glorified men braiding their hair, running away from police, smoking weed, having sexual intercourse with multiple women while under the influence of alcohol and narcotics, you name it.

It is easy to draw parallel’s between Snoop Dogg’s age-group (Over 50’s) and locally, the so-called “Uhuru Generation” which was systematically dumbed-down by Moi-era media and education controls. That’s why many in that age-group are functional-alcoholics, chronic chain-smokers, Marijuana peddlers (like former Gatanga MP and Uhuru advisor David Murathe), and related vices. Many only tune into retarded radio stations like Classic 105, so as to listen to the 20 songs played on heavy-rotation, as the soul music evokes nostalgia and reminds them of the “good old days.”

In the last two decades, Snoop Dogg hasn’t released any music worth buying an entire album for, and still lives off appearances and concerts to fund his Marijuana addiction.

But on the flipside, Kanye West who is 35 years, has released albums that have propelled him to hip-hop royalty, music that is conscious and speaks issues regarding politics, religion, police-brutality, economic-inequality, racism, the illusion of the “American Dream” love, break-up, and the likes.

Kanye West has gone ahead to become one of the most influential figures of this century, and his recent “Life of Pablo” tour concerts were sold out, yet uexceptionalisertists like Beyonce who entertain fans with dance routines, Kanye’s fans only went to see him and listen to his words. 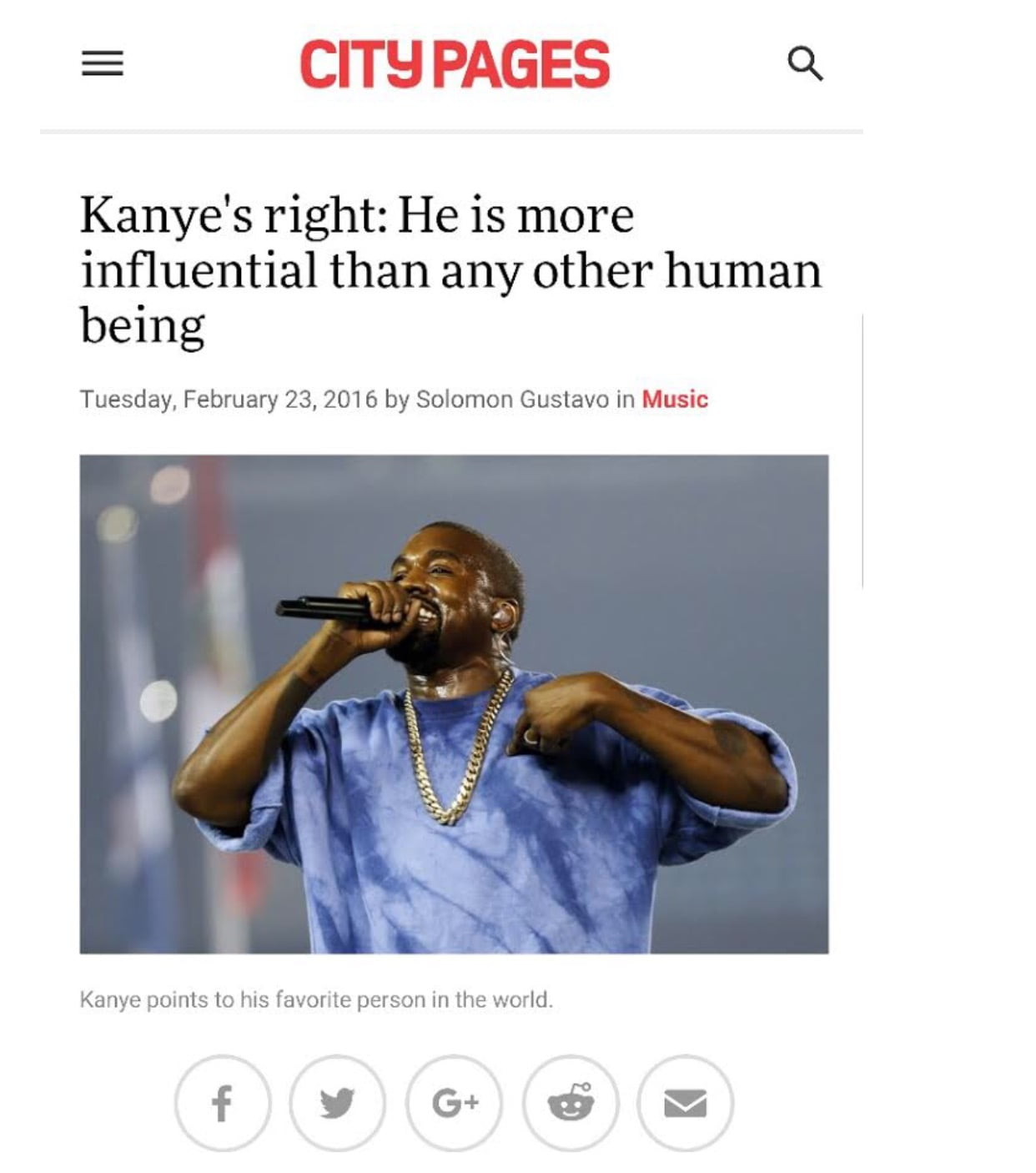 CAPTION: At age 35, Kanye West is the most influential rapper of all time, while Snoop Dogg (Uhuru’s retarded age-group) is still struggling to sell his stale music, glorifying Marijuana and group-sex.
That an over-50’s dead-beat rapper like Snoop Dogg was the first to claim Kanye West is crazy, shows the contempt that the older generation harbours for exceptionalism by the younger, more visionary generation.

Look at for instance the Uhuru Generation in Kenya. Totally Un-Inspiring characters who are living through a mutated form of mid-life crisis. Look at the dressing of Mombasa Governor Ali Hassan Joho for instance; one would imagine that he’s a college student, but clearly he’s a conflicted character who probably is trying to relive his heydays as a youth, while thinking that he looks cool.

Uhuru’s generation of wankers are also going out of their way to cock-block younger people with more visionary ideas, from elevating. For instance Marijuana peddler David Murathe who is poised to be the Vice Chair of the Jubilee Alliance Party (JAP) is said to moonlight in 5-star hotels, soliciting ideas from young people, and presenting them to Uhuru as his own. Which is basically what Nairobi has become; intellectual property-theft, because there is an artificial scarcity of ideas, precipitated by Uhuru’s Age-Group of wankers whose core-business is to act as cock-blockers. 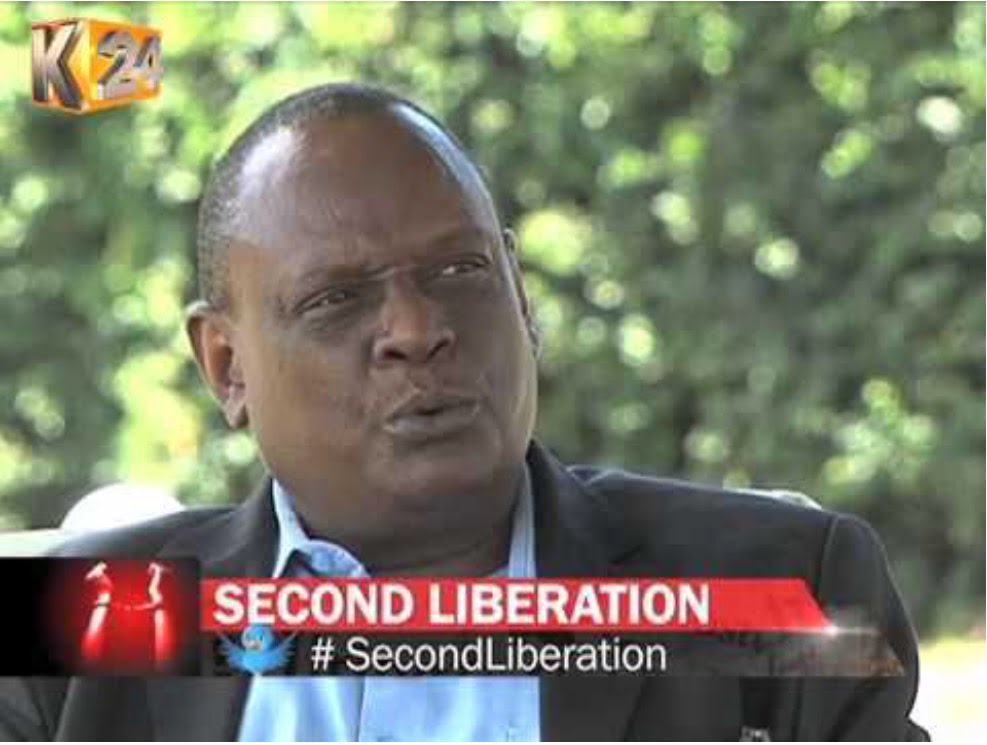 CAPTION: David Murathe who many claim that his main work is supplying weed to Statehouse, pictured here purporting to spearhead the second liberation. Nigga please! Liberate yourself from harmful side-effects of smoking bhang first.

Normally by the age of 55, people should start preparing themselves for retirement, but in Kenya, 55 is the new 35, where these old bastards are trying to reinvent their lives. Many rarely sleep at home and are busy jumping around, fucking anything in a skirt, in what is turning out to be comical highlight of their mediocre lives. Few have embraced the culture of mentorship and instead want to be the ones in the limelight and in the thick of things.

There is some form of jealousy within this retarded age-group, just like in the case of Snoop Dogg, where he simply can’t understand how a younger rapper than himself, has disrupted the order and changed the game he imagined he had conquered.

Actually Kanye West has reinvented hip-hop to almost a new genre as it is fused with spoken-word.

Having a temporary lapse and going on a rant isn’t something to shit bricks about, and so Snoop Dogg was simply seizing the moment to advance his own agenda, synonymous with his retarded age-mates in Kenya who are behind the current calamities we are facing as a nation.

I keep telling you that the age-group between 45-60 is a wasted lot, and you will analyse and see that there are few inventors, innovators, creatives, visionaries, in this age-group. They were conditioned to be consumers, importers, pathological-haters, alcoholics, drug-junkie and chain-smokers. All the “businessmen” who are highly respected by banks because of importing stuff we can make here locally, are in this age bracket.

Banks in Kenya have been the biggest stumbling blocks in growing the economy, because they only extend financial benefits and loans to those society has fictitiously framed as the backbone of the economy. Meaning that banks ran by retarded members of the retrogressive Uhuru Generation only fund landlords building flats, businessmen importing crap from China, matatu owners, bar-operators, and the likes.

Which means that overrated assholes like Joshua Oigara, James Mwangi, and other bank CEO’s (who are all in the retarded Uhuru age-group) have used their financial muscle to condition the economy into shunning innovators, inventors, thinkers, bloggers, etc, by only channeling funding towards making Kenya a gross importer and not exporter of technology, ideas, etc.

Not to be outdone, media which is also run by retarded wankers from Uhuru’s Age-Group, have afforded unlimited airtime, hailing so-called “self-made” merchants, whose only claim to fame is importing goods from China. The assholes in Uhuru’s Age-Group grew up at a time when Moi was killing the economy, and their confidence was suppressed, meaning that the diversity within the younger generations is viewed with suspicion. 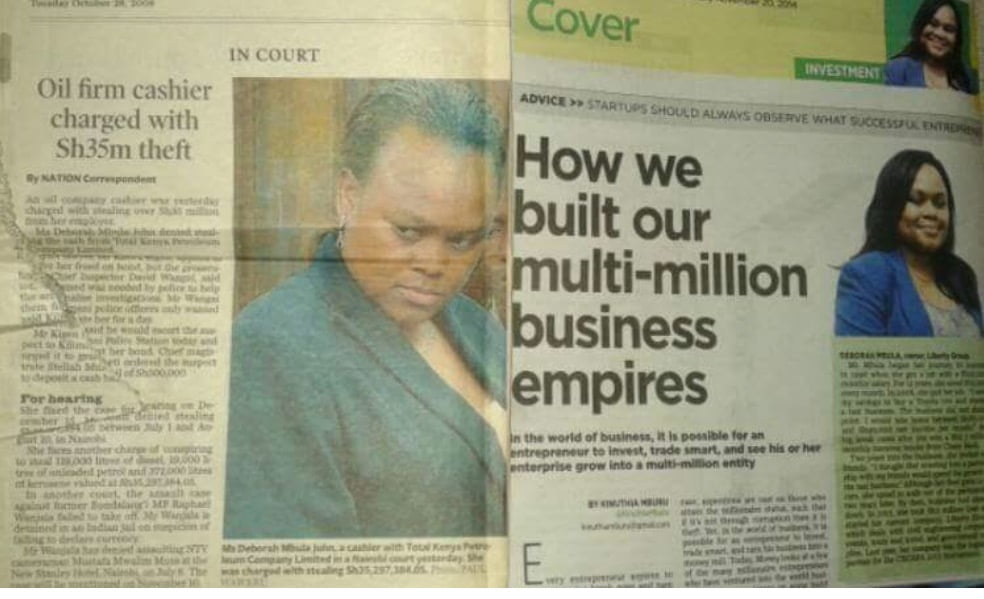 CAPTION: Media and banks glorify such characters, merchants. Many whom are laundering proceeds of crime. Landlords who are building flats using stolen Taxpayers money are loved by banks.

Corporates in the United States and other first world nations are hiring nobody over 40 to run them, because of the existential-threat posed by having retarded brains charting the destiny of a company.

Jimmy Gathu perhaps remains the best example of how retarded the Uhuru age-group is. Having started in the early 90’s as a household name in TV, he’s still hopping from job to job, competing for jobs that younger people should be doing. Jeff Koinange who was a darling of the screen, is showing signs of his brain going into hibernation-mode, because of spending more time with his fellow Uhuru Age-Group retards, and his show has lacked the dynamism that it had while at K24 6 years ago. By then he was fresh from a stint at CNN, so his brains weren’t tainted by the structural-mediocrity found in Kenya and propagated by his agemates.

Indeed, I’m appealing to my fellow youth to shun the ways of Uhuru’s retarded generation, as the individuals are competing for the scarce resources that our shrinking economy has to offer. They are even stealing our wives for postage! Because during their youth they didn’t invest in their ideas, they are now considering Uhuru’s presidency as a lifeline to bring them back to relevance.

Join me in shunning the Uhuru age-group of retarded wankers, who only know how to loot our coffers purporting to be geniuses, yet they are just a bunch of tenderprenuers who add no value to the economy or create jobs.

Atleast the 75 year old Chris Kirubi used proceeds of his crimes to build a factory and create employment. The Uhuru age-group of retarded wankers are using their proceeds of crime to fuck chics and take them shopping to Dubai.