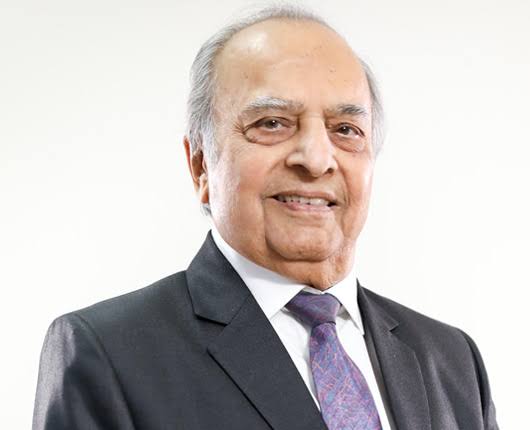 On 31st January 2019, after collapsing in his home, Harish (Bipin Mawjee’s older brother whose share of property Bipin is trying to usurp after their father’s death) was rushed to Aga Khan Hospital.

He was told at A & E that he has is suffering from hypertension and extremely potent diabetes. He had a bleed in his head causing his whole head to be covered in blood and the doctor said they will have to carry out emergency neurosurgery.

He had a fifty per cent chance of passing away or becoming permanently brain-damaged.

Unfortunately, his travel insurance had expired and his wife, Hasmita, had no choice but to call her cousin Kanji Damji Pattni, the founder of Victoria Commercial Bank, father of Yogesh Pattni and father in law to Harish’s sister Indira, to the hospital to help.

When Kanji Damji Pattni arrived the doctors told him they are running out of time and only have two hours to operate. He told his cousin, Hasmita (Harish’s wife) that he refuses to pay for the operation and it’s best if a poor man like Harish dies.

He mocked Harish’s life as he was in the claws of death just because he wasn’t a rich man. Luckily Harish’s late father forced Harish’s brother Bipin Mawjee to pay the deposit and the surgery began.

With God’s grace Harish’s neurosurgery was successful and he made it alive without any disabilities or brain damage. Instead of asking whether Harish is okay, the founder of Victoria Commercial Bank Mr Kanji Damji Pattni, phoned Harish’s wife Hasmita (his own cousin sister) to ask if Harish had died! The doctor said that Harish is to be kept free from any stress for a prolonged period of time to aid his recovery otherwise he may have a relapse. Despite this Kanji Dami Pattni has continued to harass him by using his wealth and connections with the full knowledge that this could take his life.

After Harish’s father passed away, he has collaborated with Harish’s brother and Yogesh Pattni’s corrupt business associate Bipin Mawjee to harass Harish with false court cases and police reports in hope that Harish will die and they can usurp his share of his late father’s estate. Be it known fellow Kenyans that this is the face of evil: