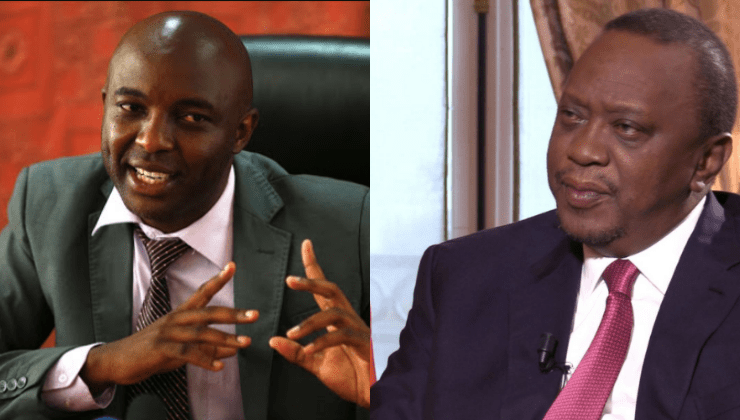 Ever since Murang’a Senator Irungu Kang’ata was removed as Senate Majority Whip by Jubilee Party and replaced by Kiambu Senator Kimani Wamatangi on Tuesday, the legislator seems to have quite some time in his hands.

This is evident from his recent heightened social media activity and an increase in posts largely targeting his party’s leadership as well as the government.

Hours after announcing on Twitter that he does not intend to contest the decision which was delivered by Jubilee SC Raphael Tuju, on Thursday morning Kang’ata took to the same platform and sent out another post, this time around mocking the government and its BBI agenda by sarcastically calling for the closure of Radio Africa Group over a poll they recently conducted.

In the poll, it was found that up to 43 per cent of Kenyans do not support BBI compared to 21 per cent who support it.

“Radio Africa needs to be closed for reporting such,” Kang’ata facetiously wrote, possibly indirectly hitting out at President Uhuru due to his recent show of authoritarianism in cracking the whip on party members disloyal to his mission.

The youthful politician, just like his fellow Tanga Tanga brigade members, has in many past incidences decried the ruling political party’s failure to embrace the freedom of speech and accept the contrary opinions.

Radio Africa needs to be closed for reporting such –
BBI referendum appears to be on shaky ground, according to a new poll by the Radio Africa Group.The poll found that 43 percent of Kenyans do not support BBI compared to 21 percent who do support BBI.

Earlier in the year when Kang’ata released the controversial letter to Uhuru, the president’s response was fiery and he warned that he would act to quell any revolt in his party and also face off any politician who would oppose BBI.

This became certain when last week when six senators, some of them including Millicent Omanga and Isaac Mwaura, were kicked out of the party and changes made in the Senate leadership.

Uhuru has never attempted to hide his dislike for Tanga Tanga politicians from Mt Kenya, who he feels have betrayed him by ushering Ruto into his “bedroom” and fueling talk of a leadership vacuum in the region.

In fact, reports are going around that Tuju is reportedly already seeking to extend the ongoing purge to the National Assembly and is targeting nominated MPs allied to Deputy President William Ruto.

It is believed that Tuju wants nominated MPs Halima Mucheke, David ole Sankok, Gideon Keter and Cecily Mbarire axed after the four were alleged to have defied the party leadership and disobeyed its constitution.

Show cause letters for the four were reportedly drafted and reports claim that they will be summoned anytime this week.

Below are some of the responses by netizens to Kang’ata’s tweet.

My senator just accept and move on. Stop being bitter. When you were leading the house in removing others you didn’t know your time would come. Loyalty to the party as a politician is non-negotiable.

Chief i never thought you so petty, if you wanted to move to Tangatanga you should have done so quietly. You lost political clout because of being shortsighted and some few coins. My friend style up.

Thought you would be better than that, the pain and anger is not in your portion fellow

Just compose yourself, swallow the reality n forge forward. Truth is never sweet to many, but ur position was to be a lieutenant in the battle, not to discourage bt to lead the flag of BBI narrative whether sweet or bitter, of which u failed.

This tweet is a strong sign that you have been won over by the tanga tangas. From where you stand this is an appropriate response to BBI than a scientific finding. Your new boss is tough, work hard otherwise you will be sidelined in no time. Ask Sonko,