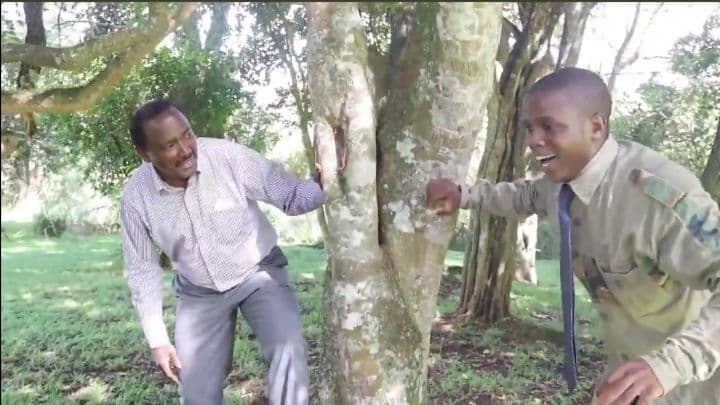 CAPTION: Ex-VP and one of Raila Odinga’s famous trio of minions (alongside Wetangula and Mudavadi) Kalonzo Musyoka when he appeared in one of Krazy Kennar’s videos

As we nearly approach that time of the political season when Kenyan politicians result into some of the funniest antics, (like helping out the boys at the car wash to assisting your neighbourhood’s Mama Mboga slice her sukumawiki) former Vice President Kalonzo Musyoka this week appeared in a short comedy skit which went viral on Friday night.

In the video clip uploaded by fast-rising local Kenyan entertainer Kennedy Odhiambo, popularly known within his fanbase as “Krazy Kennar”, Kalonzo plays the role of the comedian’s naughty classmate as they act out a scene where a teacher catches two students outside the classroom during study hours.

“Today I got an opportunity to do a video with His Excellency Kalonzo Musyoka and it was very humbling,” Krazy Kennar wrote.

As the plot begins, the two rehearse how to play it out in case the teacher finds them outside but when the tough disciplinarian shows up, Stevo, in his true ‘Kigeugeu’ nature disappears into thin air, leaving his friend Krazy Kennar to be hung dry.

Here is the full clip below as posted on Krazy Kennar’s Instagram page.

A post shared by Tales of the Crazy Kennar (@crazy_kennar)

If his career turns out successful, Kalonzo could soon reach the levels of his tribemate Machakos Governor Alfred Mutua who is renowned for his role in the action series “Cobra Squad”. 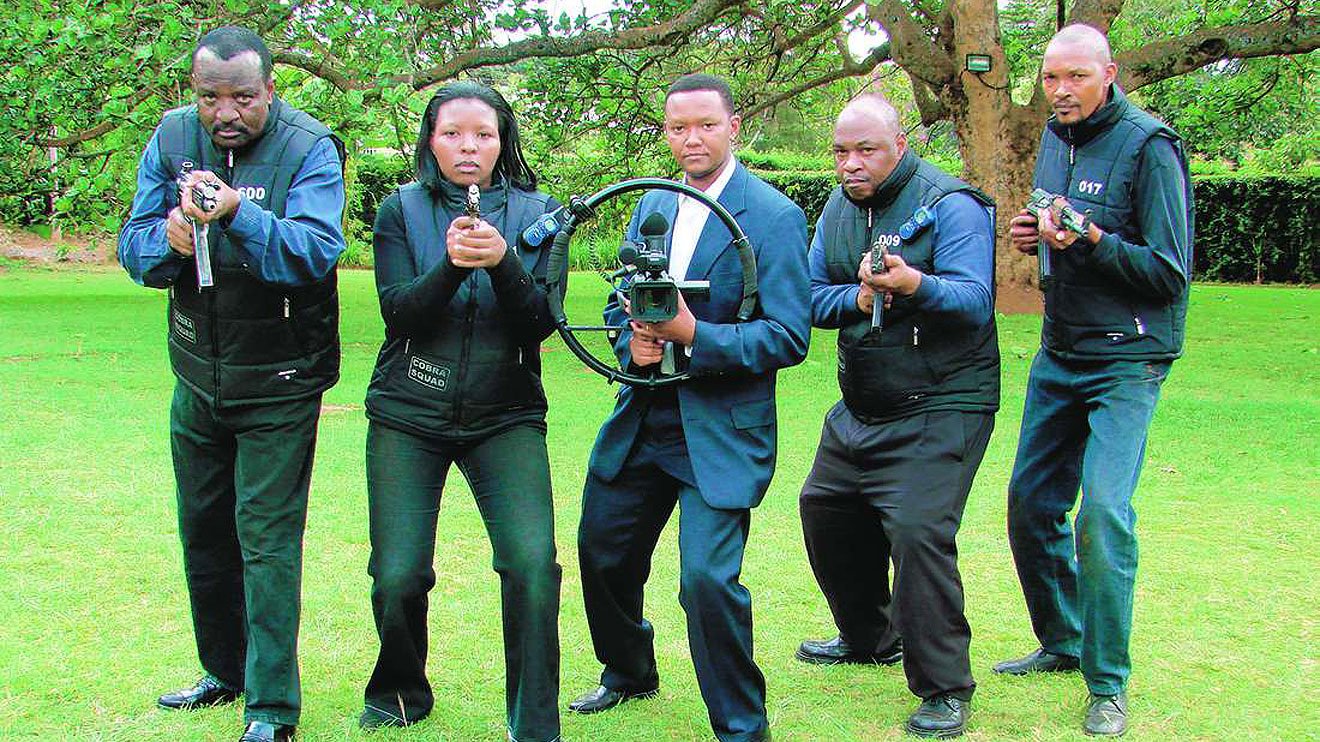 CAPTION: Alfred Mutua on the cover of Cobra Squad: It was widely known by Kenyans for its action

Originally produced as a television program in 2008 with 13 episodes of the first season, the film based was a special police force that fought crime in the City of Nairobi.

It ran for two seasons only with Alfred Mutua as both the Director, Screenwriter and Producer.