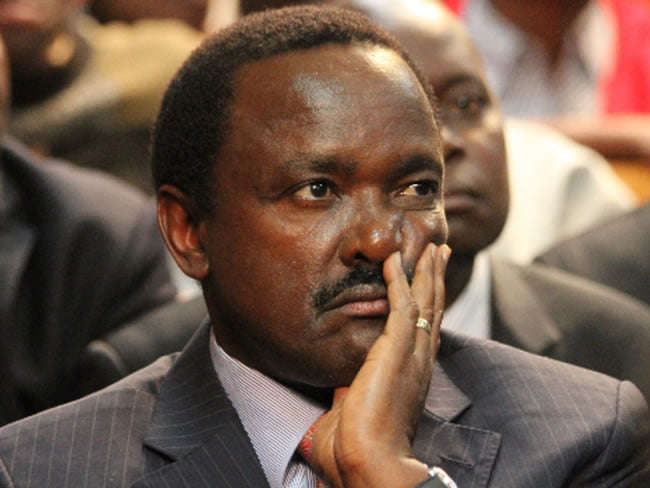 Wiper’s Stephen Kalonzo Musyoka is bereft of any logic or brains. He reinforces the stereotype that Kamba’s are a tribe in Kenya that can’t be trusted, due to their incoherence and lack of clarity in thought and deed.

Kamba’s are known for their inherent duplicity and lack of a firm position. They say one thing, and do the exact opposite. Which is why when you listen to for instance Nick Mwendwa, the chairman of Football Kenya Federation yapping on TV, and you compare that to the actual tangibles on the football front, you’ll see why Kamba’s continue reinforcing that particular stereotype. 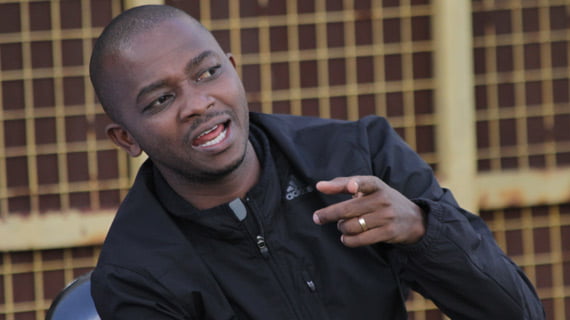 Caption: Squeaky-Voiced Nick Mwendwa who once colluded with KCB CEO Joshua Oigara  to re-introduce the redundant KCB Pepea Card, so as to extort innocent football fans

Kamba’s are not rational but emotional. They catch feelings very easily and it’s the lack of this ability to distinguish this, that makes them act irrationally. They love settling scores and only dealing with themselves as opposed to latter-day capitalistic shrewdness, which means that we embrace more than just our ethnic biases.

On the last day of campaigning at Uhuru Park, Kalonzo Musyoka stood up publicly and without honor or shame, told Mt. Kenya people to “lie low like envelopes” should NASA win the presidency. And that triggered a mad rush, where members of the said communities saw that it was better to deal with the devil they know, than these angels they’ve never tried and tested in such absolute power.

Jubilee needed a trigger to shock their tribal senses, because Raila had steered clear from antagonising Kikuyu’s all throughout his campaign. And Kalonzo had been spotted with some Jubilee functionaries who allegedly paid him off so as to do what he did. And it made perfectly sense to him once he was shown the numbers and it became clear that money in hand is better than an elusive victory.

President Uhuru Kenyatta has overseen corruption and wanton obliteration of our coffers, as the thugs have become a critical constituency unto themselves. They’ve intimidated constitutional office-bearers and stopped people like Office of the Director of Public Prosecutions, the Ethics and Anti Corruption Commission plus the office of the Director of Criminal Investigations from executing their mandate with cheap threats of dismissal, using the parliamentary majority as leverage. Corruption has bright prospects in the next 5 years. 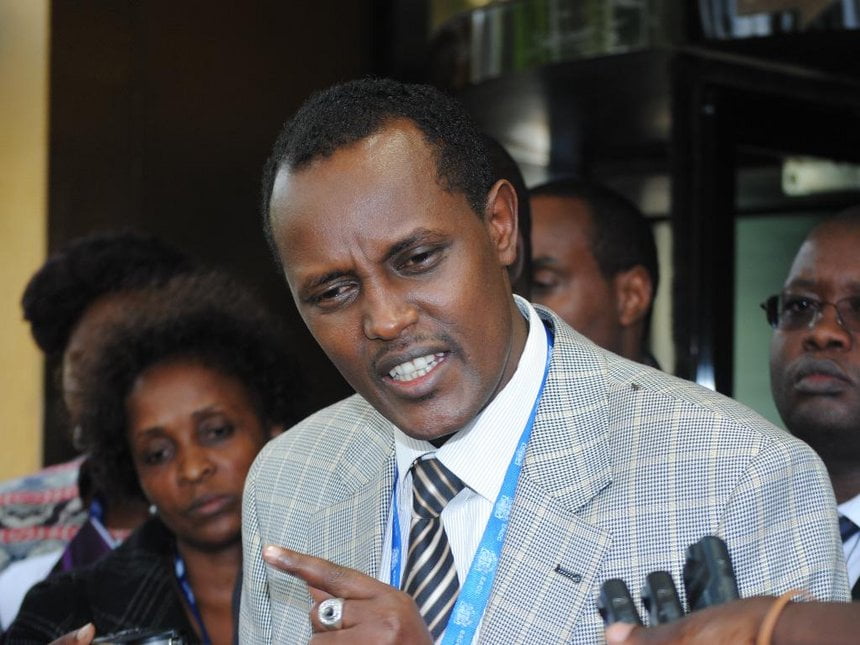 Caption: Ethics and Anti-Corruption Commission CEO Halakhe Waqo. He takes instructions from State-House and is usually seen striking deal at Weston Hotel, Guess with Who!

The next 5 years will be especially challenging, as Ruto seeks to consolidate his powerbase and Uhuru taking a back-seat.

As we know members of the Kikuyu community, they’ve played their part and now Uhuru ceases to be a factor any longer, just as it happened when Mwai Kibaki tried to impose Musalia Mudavadi as President in 2013. Will Kenyatta continue swaying opinion past today? Well probably, but not to the absolute extent he has been.

So now comes the Gideon Moi factor. Son of the former President who wants to come back for a second-helping, and demolish our coffers from the little that the father left, is now planning to start undermining William Ruto from his backyard and influencing local politics. He can’t be ignored because he has money and the name.

Kikuyu’s look like lost animals in the wilderness as there is no transition plan. They have no one to negotiate their interests because Peter Kenneth has lost his mojo and is now a dead-end. What next for them after Uhuru? Same for Luo’s and Luhya’s. All their leaders have failed to live up to the billing, as either on each side of the political divide, didn’t deliver. Ababu Namwamba was a failure, while Mudavadi was a sham to NASA.

I think it’s high time mainstream media stop this obsession with politicians of the old order and look to grooming fresh new voices within the Kenyan structure. Even this Kamba called Alfred Mutua didn’t win convincingly to warrant the title of tribal chief of his tribe. So what to do?

Perhaps the public has begun its slow disconnect from the old order and the media is still hangovered from politicians of the old order. The more we hear of politicians winning while riding bicycles, the more we see of an order and culture being challenged, where for instance money was the precursor to electoral victory.

The only place that this seems to be applicable is Nairobi, where voters are still hostage to narratives of money or glamour, as evidenced by rejection of Boniface Mwangi for Jaguar, a third-rate Musician who only glorifies materialism and kuvuka border, as if that was the highlight of his time on earth. Starehe voters are a total disappointment to humanity. It seems that the aspiration of every Eastlands youth is to be a matatu tout or join the drug business. Such misguided folk!

Whatever the case, those who think that simply because we sided with NASA and they’ve lost, that we’ll also be confined to irrelevance, are sadly mistaken. Raila didn’t have agents in many tallying centers. His PR team was a shamble, and he didn’t pay a single cent to bloggers like us, who thought we were fighting to a just cause. His disorganisation was the weakest link in the entire campaign.

We have no regrets whatsoever, and would do it again. Because we are not guided by stomach politics like our fellow 36 bloggers. We fought a good fight. NASA have only themselves to blame.

We are now ready for all the insults and repercussions. That’s what standing for something entails.
Since we know how the Kenyatta family thinks and operates, isolating critics and dissidents from the gravy-train and only inviting family members and close sycophants is what they do best. And we are ready to suffer the consequences. 36 Bloggers have no further use to the regime, so they might as well stop antagonising or taunting us because they’ll be begging to buy them beers in bars when we meet.
Would you like to get published on this Popular Blog? You can now email Cyprian Nyakundi any breaking news, Exposes, story ideas, human interest articles or interesting videos on: [email protected] Videos and pictures can be sent to +254 710 280 973 on WhatsApp, Signal and Telegram.