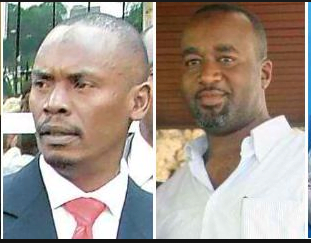 Njuca Construction Limited which is run by a faceless individual whose name is not known by many, has left a sour taste in coast resident’s mouths, as most are in a deplorable state.

In Thika Town, Governor William Kabogo awarded a tender to construct a 150metre stretch of tarmac to Njuca Consolidated Limited, at a whopping cost of Kshs. 350million, even when the nationally recognized costs of making a Kilometre of tarmac at Kshs. 30million.

Thika Town MP Hon. Alice Nganga who was previously a staunch critic of Governor William Kabogo, was bribed with Kshs. 10 million by the faceless owner of Njuca Consolidated Limited, to remain quiet about the shoddy contract.

Thika MP Alice Ng’ang’a has  allegedly been caught up in a sex scandal with National Irrigation Board MD Daniel Baraza. Through her links with Baraza, she is said to be fronting her companies to land lucrative tender awards running into millions of shillings at Nib.
She is also alleged to have been involved in an affair with a Thika engineer Anthony Mwaura who runs a construction company, Toddy Limited. Sources indicate that since she entered politics, Mwaura has been one of her chief financiers.
It is not only Mwaura who is being mentioned. In parliament, her relationship with MP Kimani Ngunjiri of Bahati in Nakuru county has been at the centre of discussions among legislators.
But the most talked about is the relationship between Ng’ang’a and Mwaura which is said to be causing ripples in Mwaura’s family.

Speculation is rife that Njuca Construction’s owner could also be in the network of the booming drugs trade, as he is associated with politicians of questionable character. He wines and dines with them at popular coast establishments.

According to the Monitor, Bamburi is where Mombasa’s working population reside. It has prime residential areas, most social amenities and home to Bamburi Cement. From the city centre, Bamburi is accessible by two roads, the better maintained Mombasa-Malindi highway and the dilapidated Kisauni-Kiembeni road. The Kisauni route is every road user’s nightmare.

There have been works on the route from Siwatu towards Bamburi by Njuca Consolidated Construction Company, but the true benefits of this fix are yet to be fully felt. What is more, the contractor and the team were on the site too long they became a problem themselves, according to some residents. Samuel Baya, a resident of Bersheba thinks they have taken too long.

“They were parking their trucks in the middle of the road and blocking traffic flow. I wish they could just finish and leave quickly,” he says.

The route is only 10km long, therefore the faster way to get to Bamburi. However, for all it gains in distance, it is undone by the sheer atrocity that is the experience of using the road. Perhaps, Brian Okello’s words sums it up best.

“Use that route only when you have no other choice,” he says.

Brian lives in Kiembeni and commutes to school in the Mombasa CBD daily, using the Kisauni road.

“The last stretch towards Bamburi is the worst,” adds Cyril Chidzuga, a Bamburi resident who uses the Kisauni route.

“It rattles both your bones and vehicle that by the time one is in town, you are sick. I wouldn’t use it if it weren’t comparatively cheaper and nearer.”

Then there are the traffic jams. In order to escape the rush hour traffic on the Mombasa – Malindi highway, many public service vehicles flood this route, causing a nightmare of a traffic jam.

Mzee Maalim Abubakar, a coffee vendor who runs a roadside stall at Mlaleo, thinks corruption is to blame. He says repairs on the roads take place way more often than they should.

“If these construction companies are genuine, and the government does its job, then the roads should be lasting for years.”

Attempts to get comments from the current contractors were unfruitful.

“This is undoubtedly the worst route in Mombasa County. The state of the road is such that we have to take our vehicles to the mechanics for repairs and maintenance frequently just so we can stay in business” says Mwangi Kinyanjui, a matatu driver who plies the route daily.

As if the poor state of the roads isn’t enough of a problem, the route is manned by drug users, commonly referred to as mateja, who levy ‘booking fees’ on the matatus plying the route. Failure to cooperate with these gangs often result in physical confrontations with the matatu crew and will often end in the mateja causing damage to the vehicle and injuries to the crew. Karani Mulongo, a matatus conductor, says the street gangs are a real threat to both their business and their safety.

“What we need here is a serious government to construct proper roads in this area. These street gangs also need to be rehabilitated and removed from the streets,” concludes Karani.