The editor of this blog has received information concerning mistreatment of Kenya Airports Authority (KAA) employees.

The employees are accussing MD Jonny Andersen of using underhand tactics, by denying them medical cover, to arm-twist them into accepting the takeover of JKIA by the loss-making Kenya Airways (KQ).

In a memo dated 1st March, 2019, KAA management writes that Britam has suspended the organisation’s medical cover, and that the management has selected a couple of hospitals to serve the employees in the mean time.

However, employees have complained that they are being turned away from those hospitals.

This raises eyebrows and brings into question the sincerity of KAA in the whole matter.

Employees see this as an attempt by the MD to coerce them into calling off the planned strike schedule for 6th of this month.

“The hospitals listed therein are chasing away KAA staffers when they visit. It is Andersen’s way of showing us, he is in charge”, A KAA employee wrote to the editor of this site.

The employees are planning to strike to protest the planned merger with KQ.

Mr. Muturi, instead ruled that the departmental Committee on Transport Public Works and Housing is the right team to handle the proposed deal as opposed to PIC.

Seems like the Kenyatta clan is hellbent on stealing the airport. 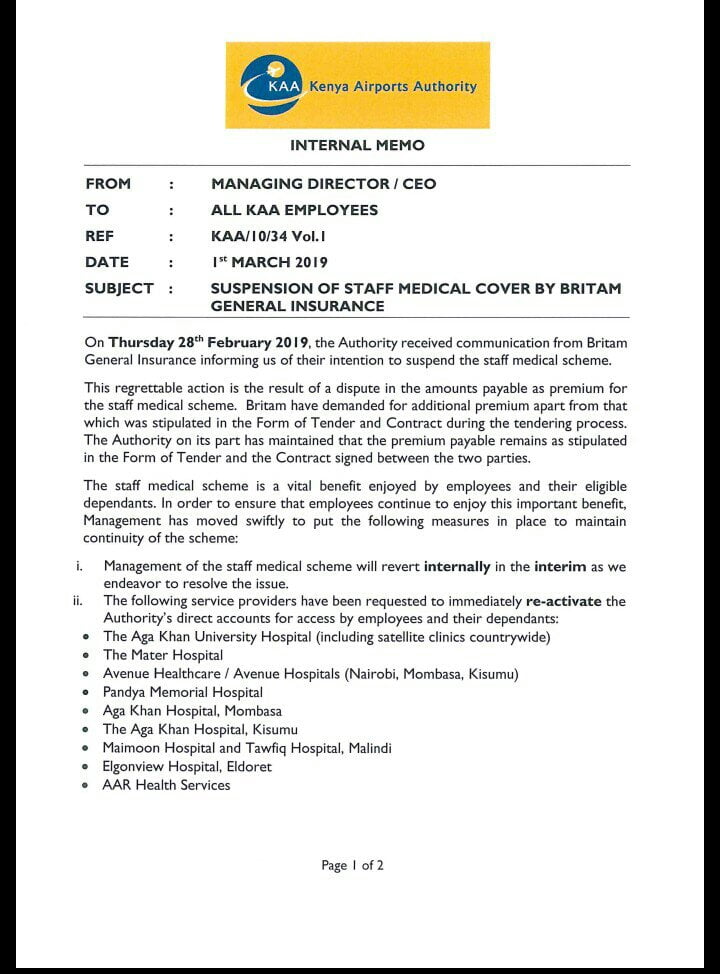 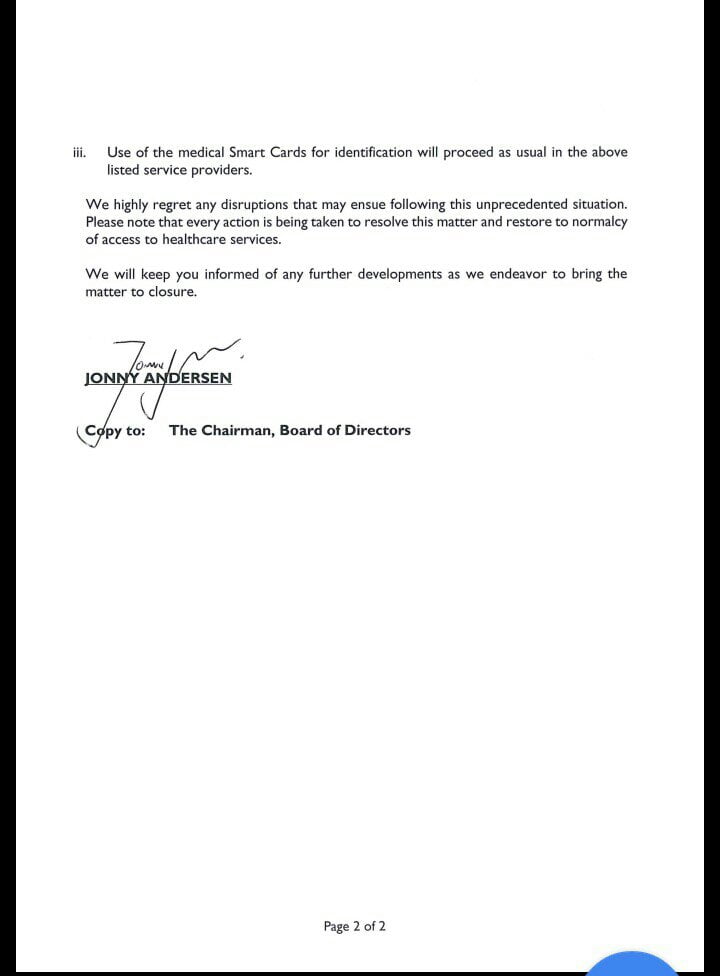 In this article:JKIA takeover, KAA, KQ