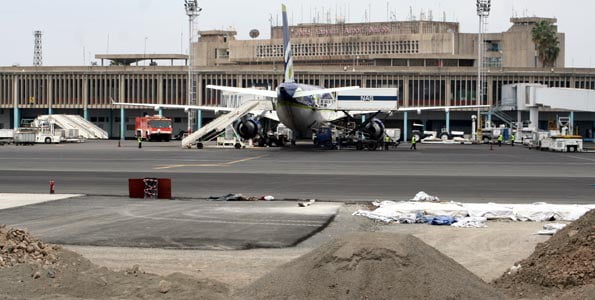 Kenya Airports Authority (KAA) awarded the tender for a new terminal at the Jomo Kenyatta International Airport before securing the Sh55 billion needed for construction, two House committees on Wednesday.

KAA managing director Stephen Gichuki told the joint parliamentary committees on Transport, Finance and Budget that no financier identified by the bidders had signed a contract with the authority.

“We are negotiating directly with financiers such as China Development Bank. We are not under anyone’s terms,” Mr Gichuki said, prompting questions over why KAA was looking for a financier for a project that the Treasury had guaranteed to support.

The Treasury had committed to help KAA raise the $654 million (Sh54.9bn) needed for the project through a review of airport charges and taxes.

“Why would a bidder need to identify a financier to qualify when the project is to design and build the facility? The Treasury was to support and identify the financier. It has already revised service charge and airport taxes,” said Nambale MP Chris Okemo who is co-chairing the joint committee.

The committee further questioned why the tender was awarded before Parliament approved its financing as required under the Loans Guarantees Act.

Committee co-chair David Were put the authority’s management on the spot over the speed with which the tender was awarded to a Chinese contractor Anhui Limited in less than 24 hours.

They also questioned why the head of the public service Francis Kimemia was pushing for a groundbreaking ceremony for the Greenfield Project by the end of November yet the Cabinet was yet to approve the contract.