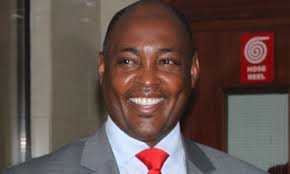 George Masbayi Kuchio a Kenyan currently working in Malawi as the Country Director of UNHCR is seeking justice . HIS  father Gerald Masbayi  WHO died on 10TH December 2013  used to be the MP for the then Busia East Constituency from 1969 to 1979.  His efforts to be served without favor have proved futile due to the massive ‘Protection’ his assailant is getting from Ndegwa Muhoro

“I was assaulted while in Kenya in December 2013 and my assailant is enjoying the protection of Ndegwa Muhoro, the Director of CID who has given instructions for him not to be prosecuted to the DCIO in Kilimani where the complaint was lodged.” he says .

Seemingly IPOA has also remained mum after being informed of the abuse ,an innocentt Kenyan went through .

Here is the evidence to that effect of  a crime that has been reported but continues to be neglected .The Kenyan government is good at protecting criminals without doubt . I am in possesion of the letters and documents proving of neglect and contacts to the abused Kenyan Citizen