When Public Likes launched in Kenya, many Kenyans from the low class to the high class were duped that by clicking ads on website they would make money.

Of course, some people made money but 98 per cent lost their monies which totalled to billions, advertisers lost close to Sh2 trillion annually in advertising revenues.

Within two months, Public Likes boasted of over 2 million users and was the top ranked website in Kenya. Little did people know.

There a new scammer in Town, Zumo News.

Read the narration below:

I joined a business recently that is Zumo news, the business was to work online by reading sharing, posting and referring people. As usual we were required to pay startup capital of Sh1300 to Safaricom Plc till number 768782 – DUNKEELTRADERSENTERPRISES.

After paying the Sh1300, I was asked to forward the MPESA code to an Airtel number 0769 914445 which of course I did but the number is unreachable if you call. Your texts also go unanswered.

It took me almost 3 days for my account to be activated and I started reading and sharing instantly.

However, for you to earn you need at least two referrals to withdraw your amount, however the referrals are never updated.

We doubted the company’s credibility and the old members have been so aggressive asking us to leave the group if we are unsatisfied.

I have tried other alternatives to reach out to the company’s CEO but he is unknown the email given on the website is also unavailable, indicating (no such user here).

I’ve reached out on their social pages and tried a contact given and when I contacted the number all the person had to say is that he thinks it is a scam.

Kindly if possible, I request you look into this no matter how small the amount is, I don’t think anybody deserves to eat someone’s sweat (ni kubaya)

Millions of Kenyans, due to desperate situations, are joining online biz but others are taking advantage of this. Just imagine how many people join on a daily basis.

The Company with no customer care services and just an Airtel number is a sham.

Zumo news doesn't pay, I got many referrals and they refused to upload, I will be witch whoever is involved https://t.co/jfdXhDNO83

"why are some people's posts not being published on zumo news platform???" https://t.co/9N789mFcZQ

Apart from this Rich Tech traders has also conned Kenyans, affiliate 254 is also doing the same with Kenyans

These are some of the screenshots. 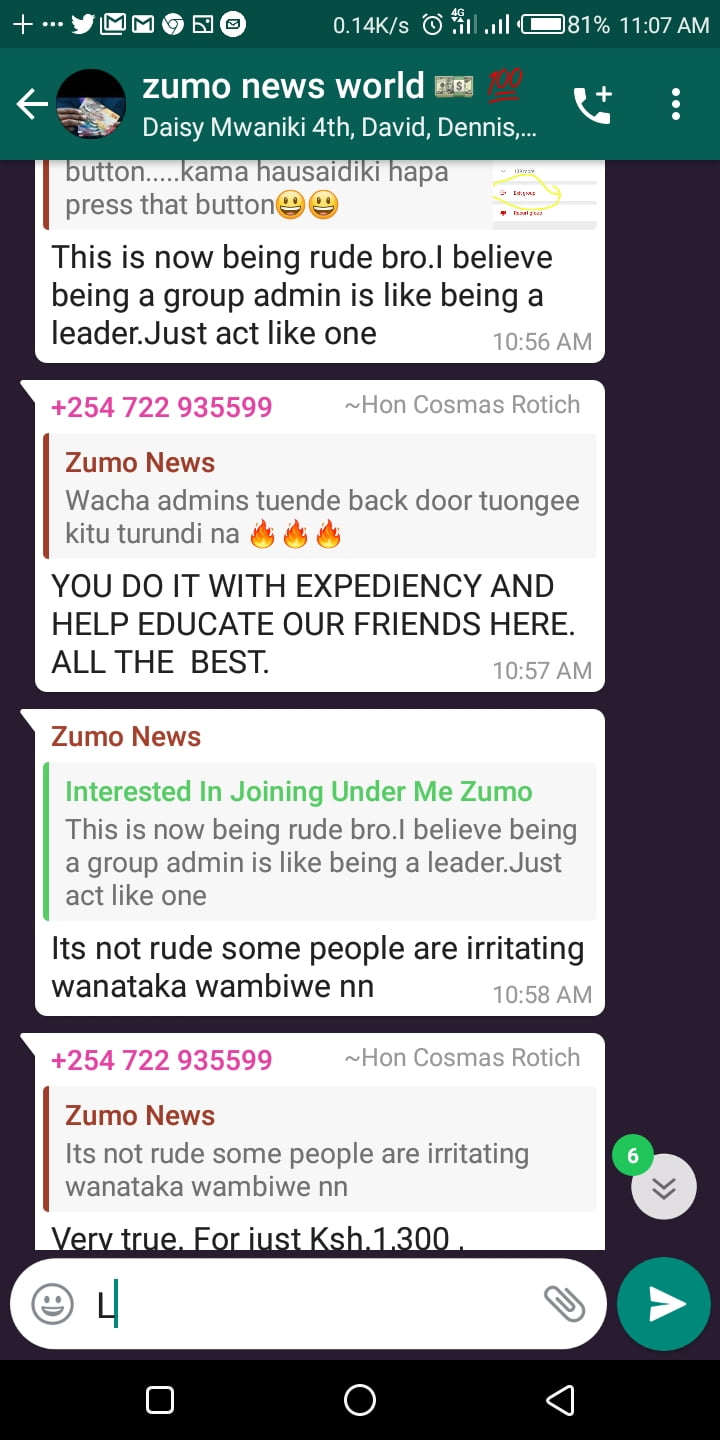 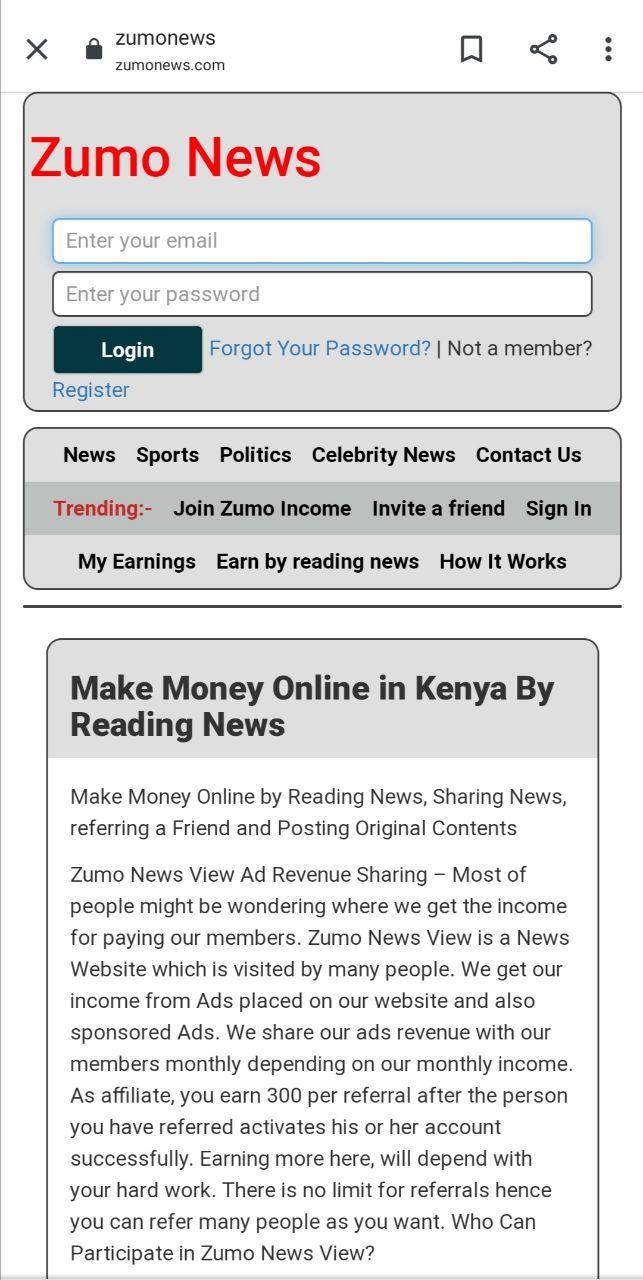