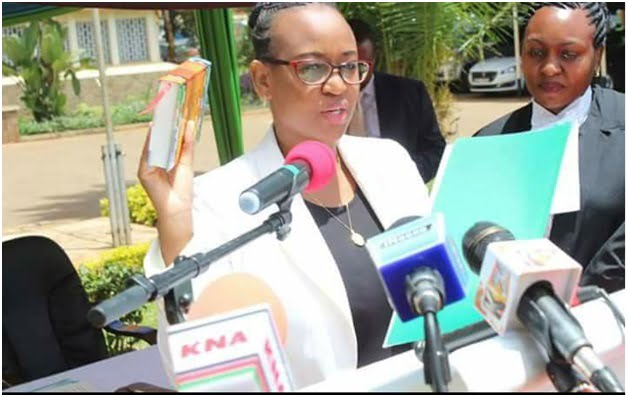 CAPTION: Carol Muthoni, is one of the malaya’s that Dr. Wahome Gakuru nominated to be an MCA. Let’s celebrate such brilliant examples of feminism.

Haven’t we said severally that Jubilee is the hub for prostitution in the country? Any woman who has been nominated by the Jubilee Party at any level, be it as an MCA, CEC, Senator or MPig, has gained the position solely from sexual favours. It is a practice that has been entrenched by the biggest enablers of prostitution in the country, Uhuru Kenyatta and William Ruto.

The #SlayQueen era which has been punctuated with excessive materialism and obscure women thrusted into the spotlight by the mere fact that they possess a crack between their legs, is the only highlight of Uhuru’s tattered presidency.

But let me tell you how the mind of a prostitution-enabler like Uhuru and Ruto works. Because they’re fabulously corrupt, they prefer appointed women to such positions because they’re pandering to the women-empowerment, affirmative-action cause. Meaning that by doing that, they silence a significant chunk of would-be critics, which then diverts attention from their heinous corruption activities.

These women who are fucked by officials within the Jubilee set-up then use the funds they acquire to come and bully us online and on televisions, purporting to be geniuses yet the space between their ears is hollow. We all know they fucked their way into nominations, but we sort of turn a blind eye to it.

As I said, women are comfortable experiencing sexual oppression for as long as it directly benefits them. What they really aspire for is male jobs. But the good news is that it’s only a small percentage of the female population, which harbours this entitled mentality. 1% to be precise. They have capitalised on the energy injection from older whores working in the media industry and employed under the same deceitful agreement of sex-for-jobs, to use other women’s plight for their own benefit.

Once you know how the engine works, then you know where to throw the spanner.

To fellow men, the easiest way to tell women of this nature is their “confidence” in a public seating. Normally women raised by sane mothers are very polished, measured, calm, and with male company who they communicate through. Now the ones who are shouting up and down, presenting their shallow facts as Gospel truth, and acting condescending on younger men due to the fact that they’ve spent more time with older sponsors, those are the ones to shun.

Once in a while women are allowed to chime in and contribute a sentence or two. But those who want to dominate conversation in a male setting, those whores are bad news. They think that they’re appealing to men who yearn for “intellectually stimulating” conversations, but the more I study toxic feminism, the more I’m finding these types of bitches to be pathetic.

Women should lay low. Their place was in the kitchen for a reason. But now because we allowed fuckin muzungu donors to come here and fund obscure women empowerment causes, they’ve twisted these bitches into demons. We hope that these same women get the opportunity to travel to countries like Saudi Arabia where females are suppressed. It also happens to be one of the richest countries in the world, so the myth that women’s empowerment is also economic prosperity is debunked.

However, we are not saying that we regress back to the old era. Women are learning and contributing to Nation building in their own small way. However their access to progress will not be at male expense. Two wrongs don’t make a right. To the men aiding this flawed process of women empowerment through male emasculation, be warned. The Wahome Gakuru’s and his ilk will be called out.

There’s a repulsive mzungu who is trying to get pussy by taunting all males who are vocal against toxic feminism. His name is Rik Smith-Una who just trolls males on social media. First we want to know if he is in the country legally before we call on immigration to deport him. These fuckin mzungu’s have ruined our society but only because we allowed them to. Now I’m sending a warning to this fuckin Mzungu to lay low like an envelope. Those bitches he’s trying to impress, will not aid him when I launch my campaign. 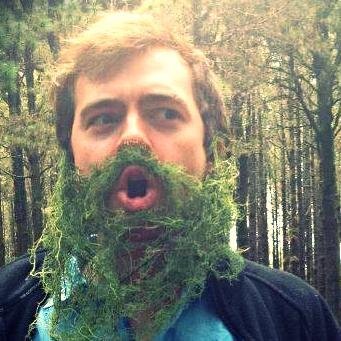 CAPTION: Rik Smith-Una is online trolling men who shame women for promoting toxic feminism, accusing them of misogyny. Is he even in the country legally? Keep up that shit and we’ll get you deported bro.

The shameless old fucker Dr. Wahome Gakuru should not be celebrated in any measure. He’s a disgusting human being who represents the disgust with which we have for Jubilee and Uhuru. You nominate two of your side-bitches yet there are males who are more suited or better skilled. Forget that, there’s also other women not hoping to rise the ranks through being fucked.

Dear Kenyans, out tax-money will fund an opulent state-burial for a fucker who elevated prostitutes at the expense of merit. He is no different from the Corporate CEO’s in Nairobi, who have for long used sex as a means of employment in the various firms they manage. All media houses for instance, have a sex-for-jobs mantra. It is well known. Scan Group which produces the most pathetic adverts in the world, also operates on a sex-for-jobs basis.

Back to the headline, Carol Muthoni is a nurse and was nominated by Wahome Gakuru as an MCA.

“Femme Fatale” translates to “Fatal Woman”, and it is certainly an apt description for Carol Muthoni. For like all women without the strong firm hand of a husband or father to guide them, Muthoni’s base nature brings nothing but death and destruction to all of those around her. Single, childless women over 30 fall in this category.

Yes a woman left to her own devices is always a femme fatale, as their sinful nature inevitably leads them to disaster. It doesn’t really matter whether that disaster takes the form of being spotted in public with an older married sponsor, or flaunting her sinfully tight ass and then getting drilled on a pool table in some bar. The important point to remember is that women like Carol Muthoni are a danger to themselves and society, and so they must be exposed as soon as possible.

And believe it or not, Carol Muthoni was also a side-chic to the late Government Whip and Juja MP George Thuo. Multiple sources from various Facebook pages who procured the information we had previously, confirm this to be accurate. As you can see, some women are just bad luck to be around.

So pretentious hypocritical folk, let’s not mourn Wahome Gakuru as if he was some sort of hero. He’s a motherfucker who doesn’t deserve a state burial. We hope money-hungry clergy especially conman Cardinal Njue, won’t attend the services because we know he only goes where there’s money.

We are told that roads to Wahome Gakuru’s home have been mysteriously tarmarcked. Yet the board members of the Kenya Urban Roads Authority have denied my reports that they are bribed by Knight Frank, Hass Consult, Actis and Cytonn Investments to selectively spread road projects. It’s the truth fellow Kenyans. Haven’t you ever asked yourselves why Lavington roads are all smooth yet Kawangware is a slum? Runda a new estate has smooth roads.
These firms own property in posh areas of Nairobi. Reason why roads in places like Syokimau, Kitengela, Rongai, Ngong, Thındıgua, Ruaka, Juja Farm, Kinoo, are terrible. These are areas that can absorb a high population thus decongesting the city. There acres of idle vast land which can be tarmarcked and land acquired for cheap so that atleast every Kenyan can afford a home. But because KURA board members have been bribed by those 4 companies, roads in the areas I’ve mentioned will never be built. 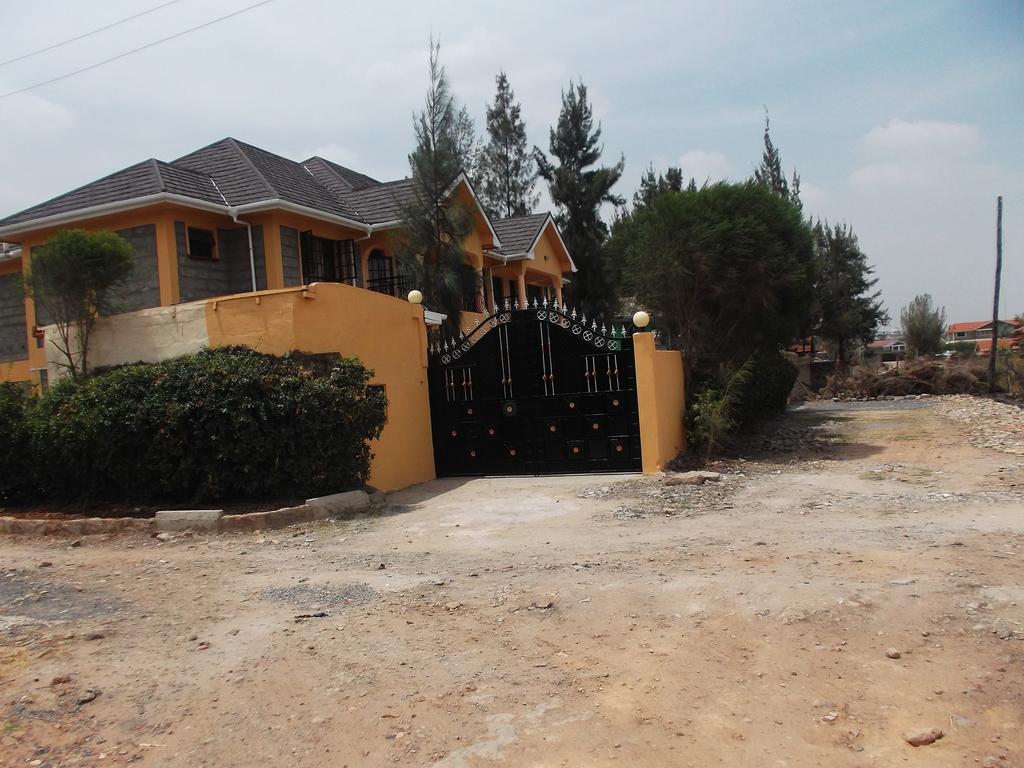 CAPTION: Kenyans are building 5-star mansions in places with no roads. Instead of tweeting @KURAroads officials to stop accepting bribes from Hass Consult, Knight Frank, Cytonn Investments, and Actis, they’re OK changing the shocks and tires of their cars instead. Dumb middle-class Kenyans don’t know the power in their hands.
Kenyans, your tax money is funding the comfort and convenience of the upper-class. Instead of calling for the people who murdered Dr. Wahome Gakuru to extend those noble efforts to KURA Board members and engineers, you’re just here clapping for them. All those neighbourhoods with bad roads have WhatsApp groups. Instead of residents tweeting the corrupt @KURARoads handle and calling for the sacking of all board members and engineers, they’d rather suffer in silence.
Kenyans are really dumb!
Would you like to get published on this Popular Blog? You can now email Cyprian Nyakundi any breaking news, Exposes, story ideas, human interest articles or interesting videos on: [email protected] Videos and pictures can be sent to +254 710 280 973 on WhatsApp, Signal and Telegram.