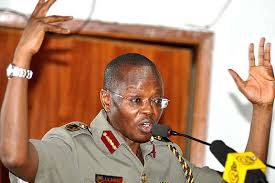 The incompetent Jubilee regime has resorted to a diverse range of psychological tactics in-order to make users of social-media “feel bad” about the collapse of Chase Bank. These include fear-mongering, guilt-trips and spiritual-blackmail, a cheap attempt by the adoloscents working at the Presidential Strategic Communication Unit, and the other amorphous group consisting of 36 misguided bloggers who were formed primarily to defend disgraced former Devolution CS Anne Waiguru.
In the latest write-up subliminally being dispatched within whatsapp groups, the sterile Jubilee nincompoops allude to “effects” of bank closure on families that work in the banks, giving no consideration to depositors who have become perennial losers of money when such an event occurs.

In another development, the Inspector General of Police Julius Boinnet has purportedly ordered the arrest of a whatsapp user, whom observers reckon was reported by Robert Alai to the police. Alai was on social media gloating and taking credit for the arrest warrants issued against National Bank and Chase Bank directors, something which we very well know came as a result of collective pressure by every social media user. 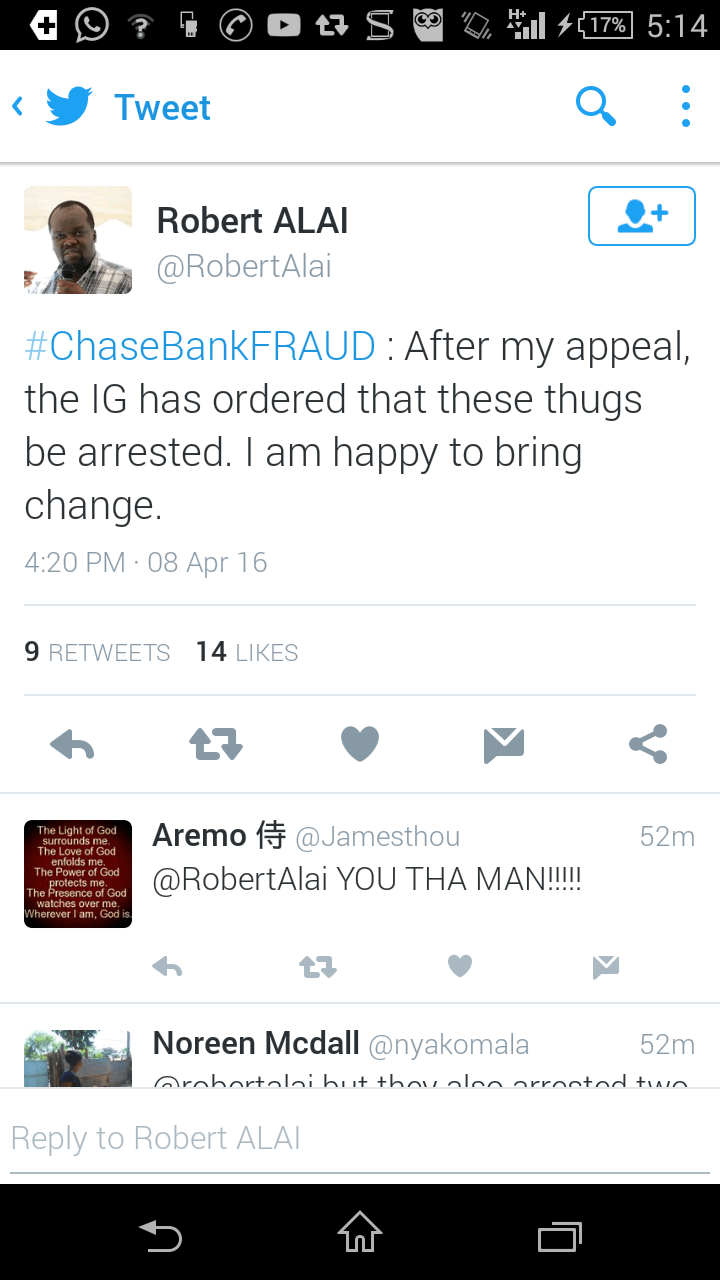 Had it not been for social media pressure triggering panic withdrawals totalling Kshs. 7.1 Billion on Wednesday alone, Chase Bank directors who include Kikuyu old men linked to President Uhuru Kenyatta’s inner-circle had hoped for a Government bailout. Infact, Treasury CS Henry Rotich has been breathing fire against social media, all because he would have been a beneficiary from any Government intervention had the bank remained afloat.

While individuals have lost jobs at the bank, social media could have most likely saved the Kenyan taxpayer over Kshs. 30 Billion which Rotich had intended to fast-track to save the collapsing Chase Bank.

What we are simply telling the Governor of Central Bank of Kenya is to stop the nonsense because Kenyans ain’t got time for his mediocrity. We don’t care whether you are Opus Dei or a senior bachelor. Enough with the empty rhetoric. You simply have to arrest all directors of Chase Bank, TransCentury and confiscate their assets and those of their direct family members/dependants.

We are tired of Henry Rotich spreading lies. We are tired of mainstream media running with Government narratives. Today, I as Cyprian Nyakundi declined to be part of an interview with Mwanaisha Chidzuga of K24 where she wants to demonise social media. I cannot be interviewed by random hoodrats, who are acting at the behest of the status-quo.

Why are Statehouse functionaries operating as if Chase Bank’s loss wasn’t cross-cutting? As if Jubilee voters aren’t also victims? Why are they trying to turn this into a bipartisan affair?

Here is the moronic piece drafted by Jubilee psycho’s.

I just had a provocative discussion with a good friend of mine who happens to have been a former employee of Imperial Bank. Imperial Bank, not too long ago, was in the same situation Chase Bank finds itself in currently.

Anyway, she shared some sobering thoughts I thought prudent to share. When such events occur, sure they point to subliminal matters concerning corporate governance that need to be addressed. Sure there are probably those who benefit from shady board room deals and maybe even those funds that ‘cannot be accounted for’, are in some corrupt person’s safe or bank account in another institution. It is not always the case but it is possible. Kenyans have taken social media to be the circus where they turn tragedy into comedy.

Sure we have problems and maybe a satirical look at it, afew laughs here and there help us to cope with some of our problems. But the events around Chase Bank are no laughing matter. Think of the honest clerk, the industrious messenger, the faithful driver, the new employee on his first job who has just moved from home in pursuit of independence, that lovely tea girl who always brings a warm cup of tea, smiles beamingly and wishes you a good day when you really don’t feel like having one, the single mum with two kids…and all these guys have that job at Chase Bank that sustains their livelihoods.

There is a parent somewhere who needs to withdraw money to take his wife or kids to hospital, there is someone who needs withdraw money to pay rent urgently because he is 3 months behind and a job he did months ago finally cashed out, there is a shop keeper who needs to pay her creditors who supply her store with the stock lest they blacklist her business and forcefully take back their stock, someone somewhere cannot buy lunch, fuel a car, pay bus fare, put up security for a big tender scored…it’s not that they don’t have money, but their lives have seemingly ground to a halt because Chase Bank cannot release their money.

These are real people, going through really hard times both within and outside the institution and they see the forwards, the jokes, the posts, the laughs from people who are oblivious to the pain and challenges such events cause.

You may not be able to control what you receive, but you have the responsibility of what you send and share.

Remember it is just by God’s grace it is not you with the Chase Bank ATM card staring blankly at an unresponsive A.T.M…angry, frustrated, disappointed and disillusioned.

Watch what you share because you never know who the real victim of your perhaps innocent ignorance is.