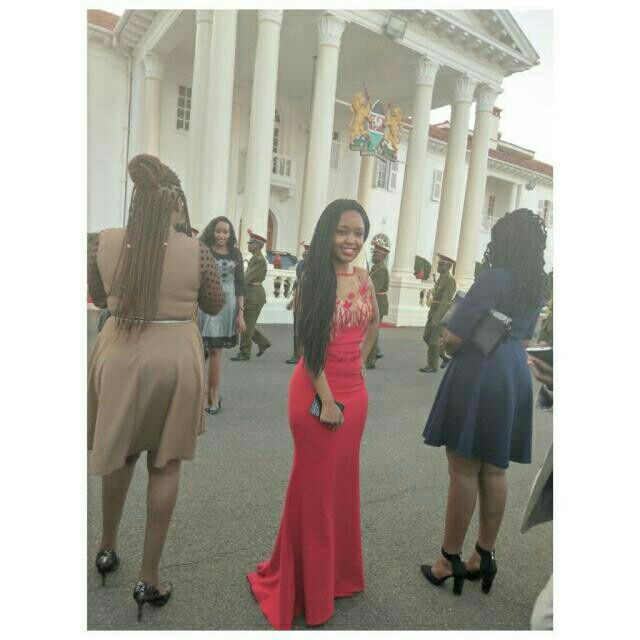 All those bitches you saw at Statehouse during various events like inauguration/Jamhuri Day, were all clande’s/malaya’s of some Government officials or tenderprenuers. This state of affairs created an air that the culture of elevating young girls through sex and materialism, was a state-sponsored project.

The departure away from merit and the entrenchment of cronyism has also contributed to the skewed awards we recently saw.

Emasculation of the Boy-Child means that young (delusional) STD-infested girls consider it an achievement to go to Statehouse and accompany their Sponyo. How then do you convince such a girl that she can be a submissive wife and productive participant in nation-building, when all she has to do is lay on her back, get fucked and land an invite to Statehouse?

Do you know what it takes to land an invite in America’s White-House? Pure exceptionalism. Guests are meticulously vetted. Emphasis is given to those who have helped America achieve some glory or status. In Kenya however, those who have brains are systemically shunned while shameless self-promoters are elevated. That’s why the country’s productivity is so diminished.

A girl like this one pictured here below, what has she done to merit an invite to Statehouse other than being banged by some tenderprenuer? Do you now see what is fuelling corruption? Everyone is crazy these days. They all want “the life” of rolling with such Instagram bitches, and in-turn these bitches require massive financing.

The spin-off effect of such an unfortunate crisis is that through social-media, these girls taint the minds of other girls who develop such traits because they have seen clear/tangible returns of not working hard.

Uhuru needs to stop this shit in 2018. He has to reshuffle everyone involved in his protocol affairs.