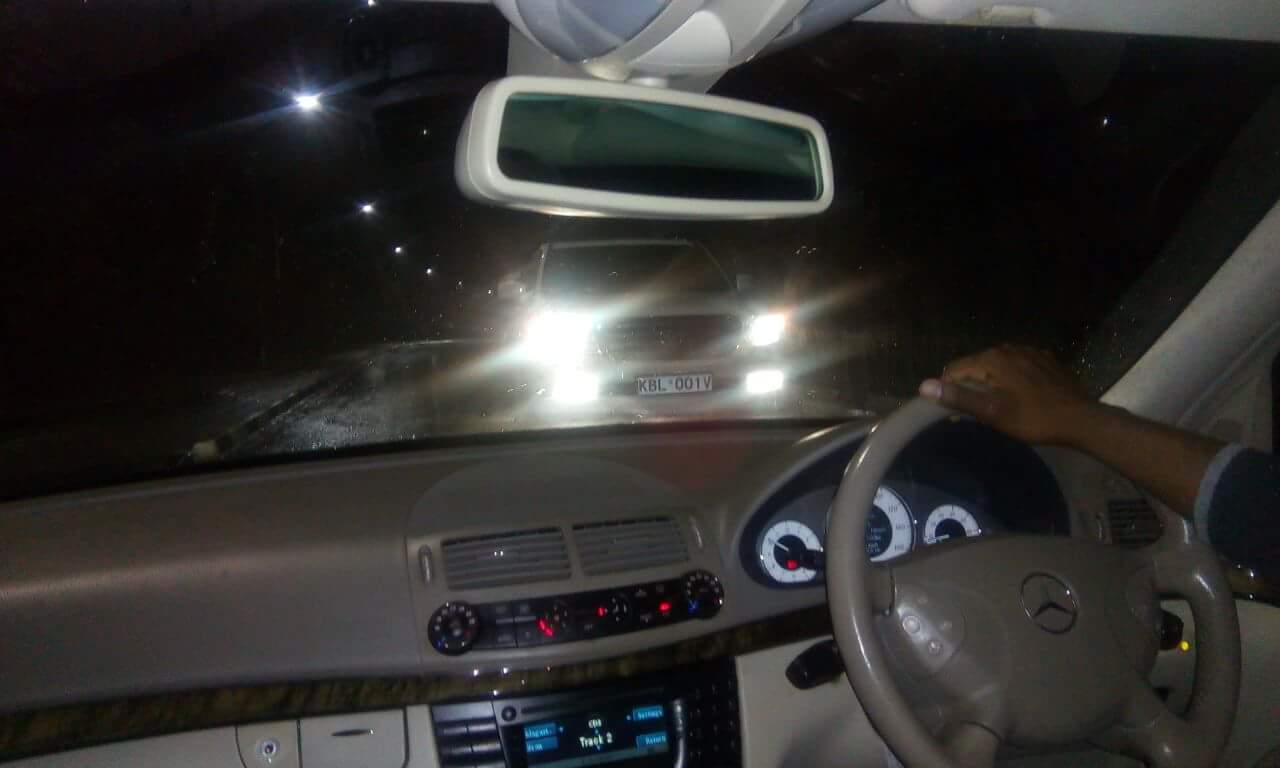 Last night at (Sunday) around 3.30am on processional way this white Toyota VX car KBL 001V swerved into my lane and stopped, blocking my way causing me to break hard. They were flashing their lights too. They turned on a small blue/red flashing strove light on the dashboard and we’re speaking on a loud speaker..told me to get out of the car. I declined. It was raining and that shit didn’t make sense, so I stayed put.

We were there stopped for around 2 minutes they stayed in the car and kept on repeating I get out but I refused and took this picture, as soon as they saw a car coming behind them they went back to their lane and sped off. Police don’t do such games and the voice sounded young so my guess is its either thugs or some idiot making bad jokes.

Either way I reported it to Kileleshwa police station and they said they will follow it up. In case you know who this fool is kindly tell him to grow up and take care..lest he get shot for nothing, asshole!

The vehicle is said to be owned by Nairobi Senator Gideon Mbuvi Mike Sonko, who recently claimed he was sent by President President Uhuru Kenyatta to insult Luo’s that they are not circumcised, a claim that was refuted by senior members of the Kikuyu community, who distanced themselves from Sonko’s comments, saying that he was speaking on behalf of the Kamba community.