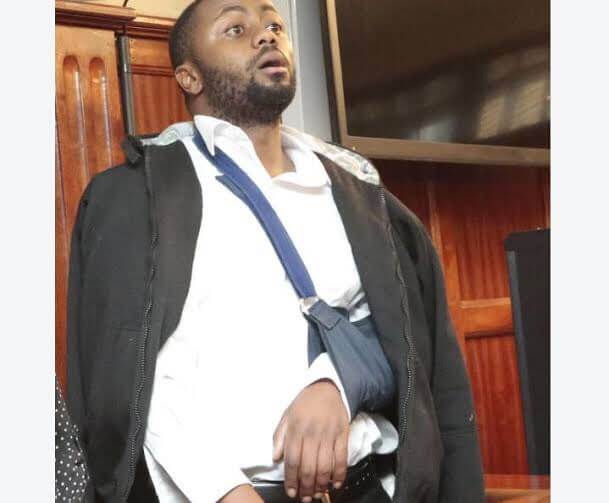 Jacque Maribe’s fiancée Jowie Irungu has been moved to Kamiti Maximum Security prison, our sources from the industrial area prison have told us.

Prison officers, were ashamed when we revealed on this site that Jowie was undergoing torture by the prison officers that would even refuse to take him to hospital and only giving him panadol to cool his wound pain.

After our article, the prison officers convened a meeting, and in their infinite wisdom concluded that some officers may be leaking information to the editor of this site, as we embark on a journey to question inconsistencies in the whole matter.

After we revealed that Jowie had not been treated even after his family was forced to pay hospital bills, the officer rushed him to hospital yesterday, very early in the morning, according to one officer who alerted us via secure communication.

Jowie has now been taken to Kamiti for what they term as “Maximum” monitoring.

In the meantime, DCI officials are yet to interrogate Monica Kimani’s parents after reports that the father has been receiving threats from South-Sudan cartels and never reported any to the police, revealing that there is something he knows that we don’t know.!