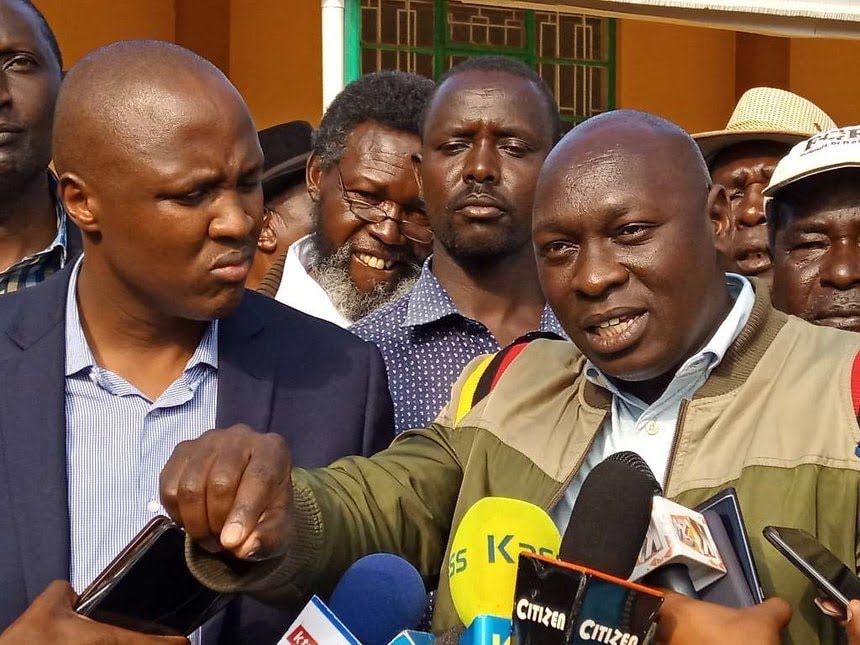 Cherenganyi Member of Parliament Hon. Joshua Kuttuny has now made his reservations on Deputy President William Ruto public by declaring that the Deputy President cannot win in any elective contest, against any serious candidate.

The Cherenganyi Mp who was once a staunch Ruto ally seemed to have moved to the extreme opposite side of the political ring and has taken a firm position as a very strong critic who finds fault in every move the Deputy President makes.

“I wonder why people want to talk as if Ruto is a threat in 2022. We know how he has been winning elections but now, things will not be the same as all of his Generals have left him, anyone can beat him… even your own loyal son Kuttuny here (applause and laughter)… Let us be serious” He remarked

In the ending year, Hon. Kuttuny joined Nandi hills Mp Alfred Keter who beats nearly all opposition Mps in hitting at the Deputy President and has volunteered in being a whistle-blower in any scandal that in any way touches on the Deputy President including the alleged maize scams at the National Cereals Produce Board and also the allegations that the Deputy President misleading maize farmers from the Rift region to venture into other crops so that his Congo maize finds ready market in Kenya.

Hon. Kuttuny, while addressing a local gathering yesterday, hinted that it is not automatic that Rift valley will rally behind Ruto in his quest to be the next President of Kenya; a quest that is already facing hurdles with the various pronouncements from a section of Jubilee leaders from Central province who have made it clear that Ruto won’t be the automatic flag-bearer of the Jubilee Party.

Mr. Kuttuny and his friends in arms against Ruto have often faced criticism for being Gideon Moi’s attack dogs but have soldiered on anyway and have cast the support net wide, hoping to make the Rift a swing vote area, not automatically allied to anyone.