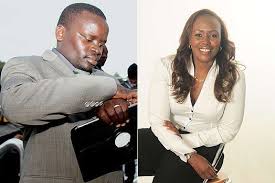 Why the hell is Caroline Mutoko Being discussed in an international Criminal Court ? If you ask me that Question, I will tell you that Joshua Sang is the reason why Caroline’s name reached Hague.

Sang’s made the statement in a no case to answer motion which was made public late last week. The former radio presenter made the revelation in a bid to convince the court to acquit him of the criminal charges he’s facing.

Sang’s defense argues that Kiss FM continued to broadcast when the late Internal Security Minister, John Michuki, suspended live broadcasting and no action was taken against her or the station yet the former Kass presenter was implicated for inciting citizens when his station had obeyed the government’s order.