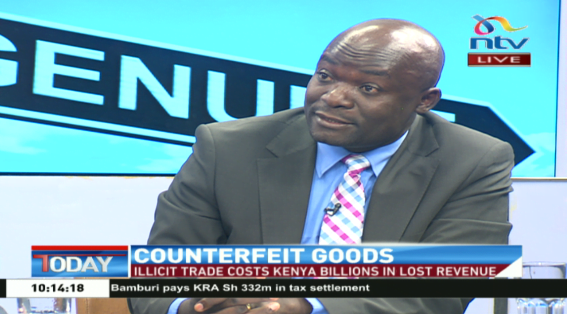 The deputy director of enforcement and legal services at the Anti-Counterfeit Authority (ACA) is under fire after a lobby group wrote to the Kenya Revenue Authority( KRA ) and the National Transport Authority (NTSA) demanding that he be investigated.

According to the letter received by the KRA and NTSA, Mr Johnson Adera who is a public officer is being accused of owning a Pajero IO KBA 416F which previously had a South Sudan registration number.

“In order to enhance the protection of leadership and integrity and public Ethics Act, I do hereby request your offices to comprehensively investigate Mr Johnson Otieno Aderas Vehicle Pajero IO KBA 416F which I have brought to your attention by investigating”

“It is my respectful submission that you have a fiduciary duty to investigate the matter that I have brought to your attention” concludes the letter.

In November 2020, the ACA board interdicted Mr Johnson Adera but it is not understood how he survived as it is now a matter under our investigations.

But the sketchy details we have received from our source indicate that he has been in a long tussle with the ACA board especially for representing clients in his own private capacity, which is against the set guidelines for advocates employed as legal officers for state agencies.