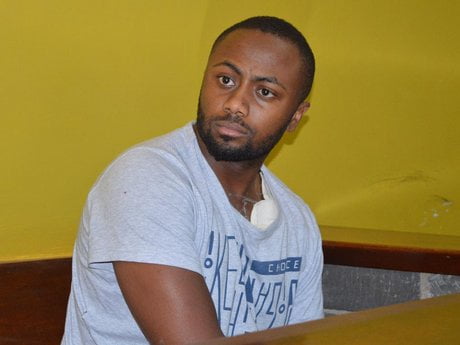 Lawyers for Kilimani woman’s murder suspect Joseph Irungu on Wednesday opposed an application by the DPP to have him remanded for 14 days.

This was after the DPP, through lawyer Christine Mbevi, sought more time for probe before the suspect takes plea in Monica Kimani’s murder case.

Irungu was arraigned at the Kiambu law court following his arrest on Tuesday in connection with the September 25 killing at an apartment on Dennis Pritt Road.

His lawyers said before senior principal magistrate Stella Atambo that their client cannot be detained since he has a bullet wound which needs to be attended to.

Samson Nyamberi, Mugambi Laichana, and Lawrence Mbambu told the court that Irungu was treated at Kijabe Mission Hospital but has not been allowed to see a doctor since his arrest.

“The respondent has not been given a chance to get medicine, even painkillers, despite him having a bullet wound,” Laichana said.

“He was supposed to go for an MRI yesterday and was denied the chance. Doctors had warned he has to be treated in four days or he risks his arm being amputated.

The lawyer told the court that they needed four days for the respondent to receive treatment before the court hears the application.

Mbambu asked the court to review the matter adding that the DCI has the suspect’s medical records showing he needs medical attention.

Mbevi said that since the accused is yet to take the plea, the application for more time will also cater for his need for medical attention.

The magistrate is expected to make a ruling on the prosecution’s application today (Wednesday).