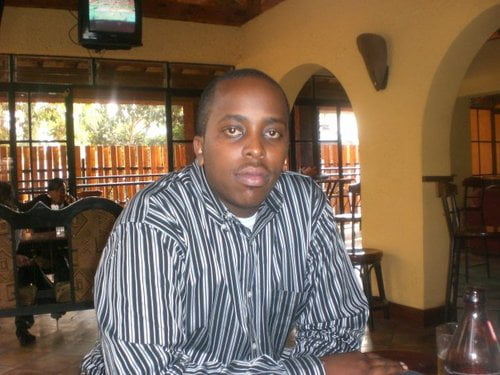 Mr. Dudu’s married the daughter of the medical guru a few years back, and in a bid to boost his financial standing, the father in-law had embraced him into the business.

Tasked with the work of overseeing the hospital’s expansion, Mr. Dudu’s was in-charge of the Satellite hospitals around the country. It was here that malpractices were detected in the procurement of Supplies and rental agreements in various towns.

Based on this cock-ups, he was asked to step aside from active participation in the hospital affairs, as Dr. Gikonyo is known to be a straight person.

Mr. Dudu’s was in the famous Sohos “List Of Shame” where prominent Kenyans were exposed for not settling bills at the famous Westlands night spot. He was also a best friend to the late Fidel Odinga. 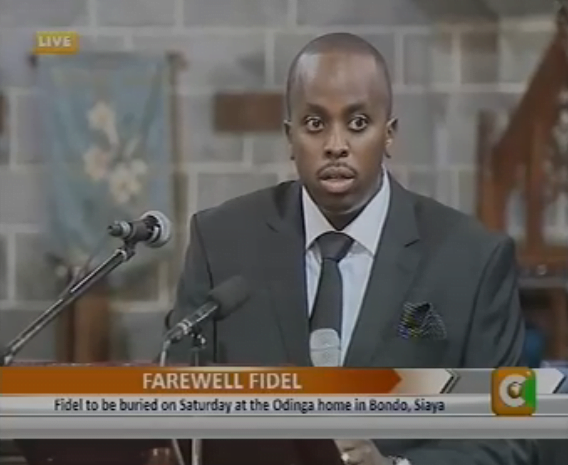 CAPTION: Joe “Dudu’s” Nyaga speaking during the funeral of the late Fidel Odinga.
Would you like to get published on this Popular Blog? You can now email Cyprian Nyakundi any breaking news, Exposes, story ideas, human interest articles or interesting videos on: [email protected] Videos and pictures can be sent to +254 710 280 973 on WhatsApp, Signal and Telegram.