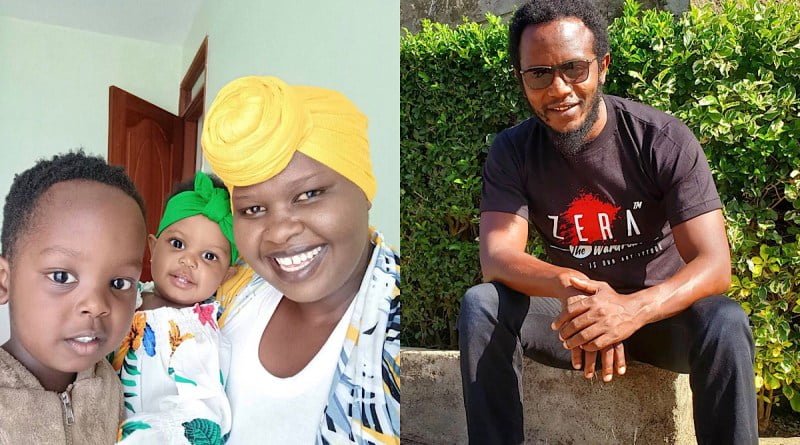 CAPTION: Jemutai, Prof Hamo and their two beautiful children: Who is telling the truth?

Barely before the ink Churchill Show comedian Prof Hamo used to seal his fate on this hill he chose to die on had dried, his estranged baby mama Jemutai Chibambe has issued a quick rejoinder in regards to the comedian’s Sunday morning statement in which he refuted claims of being a dead beat dad to two of his kids.

In Jemutai’s response, she has stood her ground that Prof Hamo does not provide for his children and deemed false his assertions that he sends upkeep money to her through his Nakuru-based first wife.

The comedy starlet claims that Prof Hamo’s wife, Mama Melissa has only sent her just Sh9,000 in total.

According to Jemutai, the last time Prof Hamo saw his kids was in 2020 and since then he has never sorted out any monthly bills, including rent which she claims he last paid in October last year.

Additionally, she revealed that Prof Hamo is a serial drunkard who only appears in the house during ungodly hours and sometimes turns violent despite not carrying anything back home.

During his last visit, she recalled, the comedian only brought the children two Oreo chocolate biscuits. 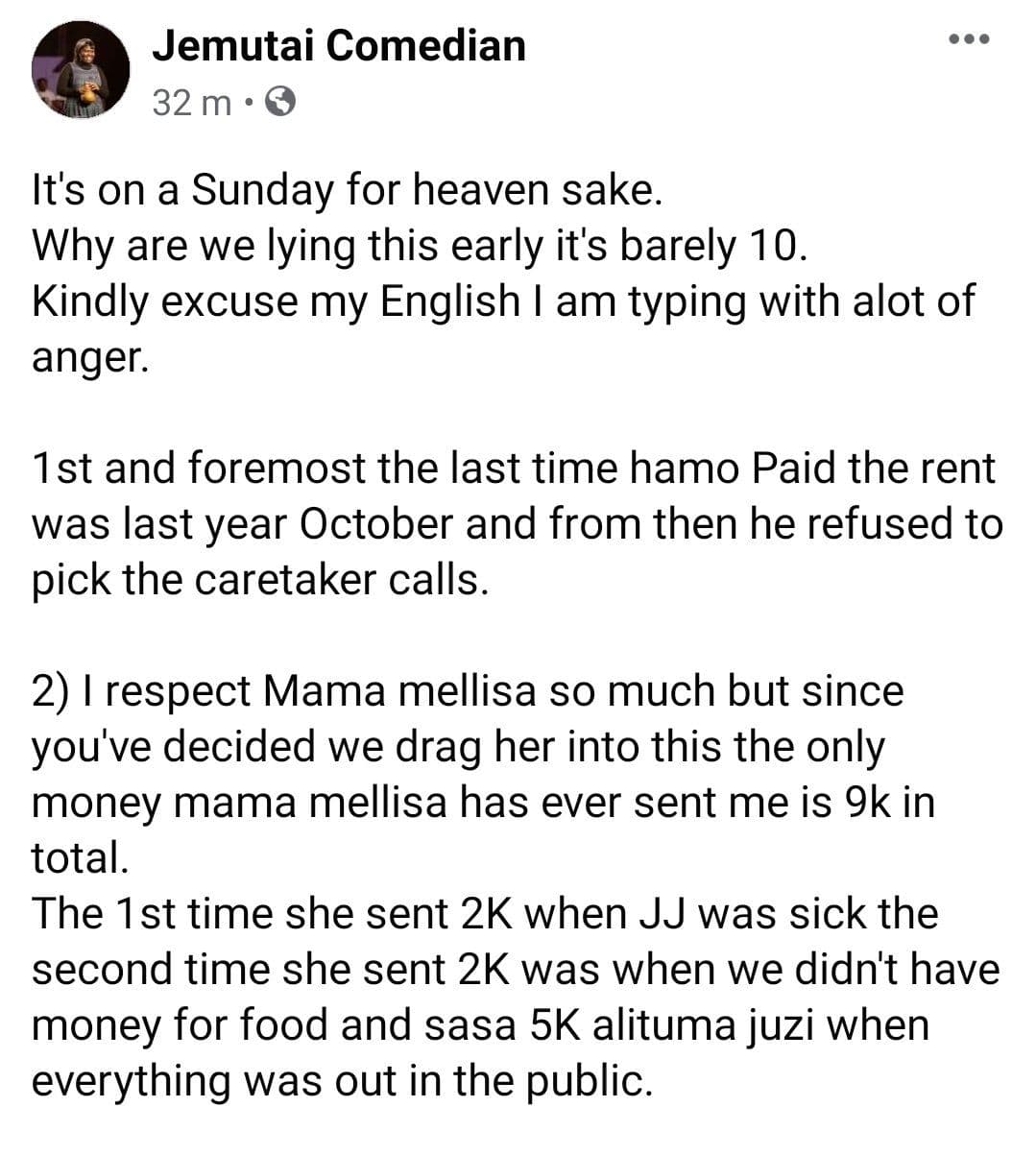 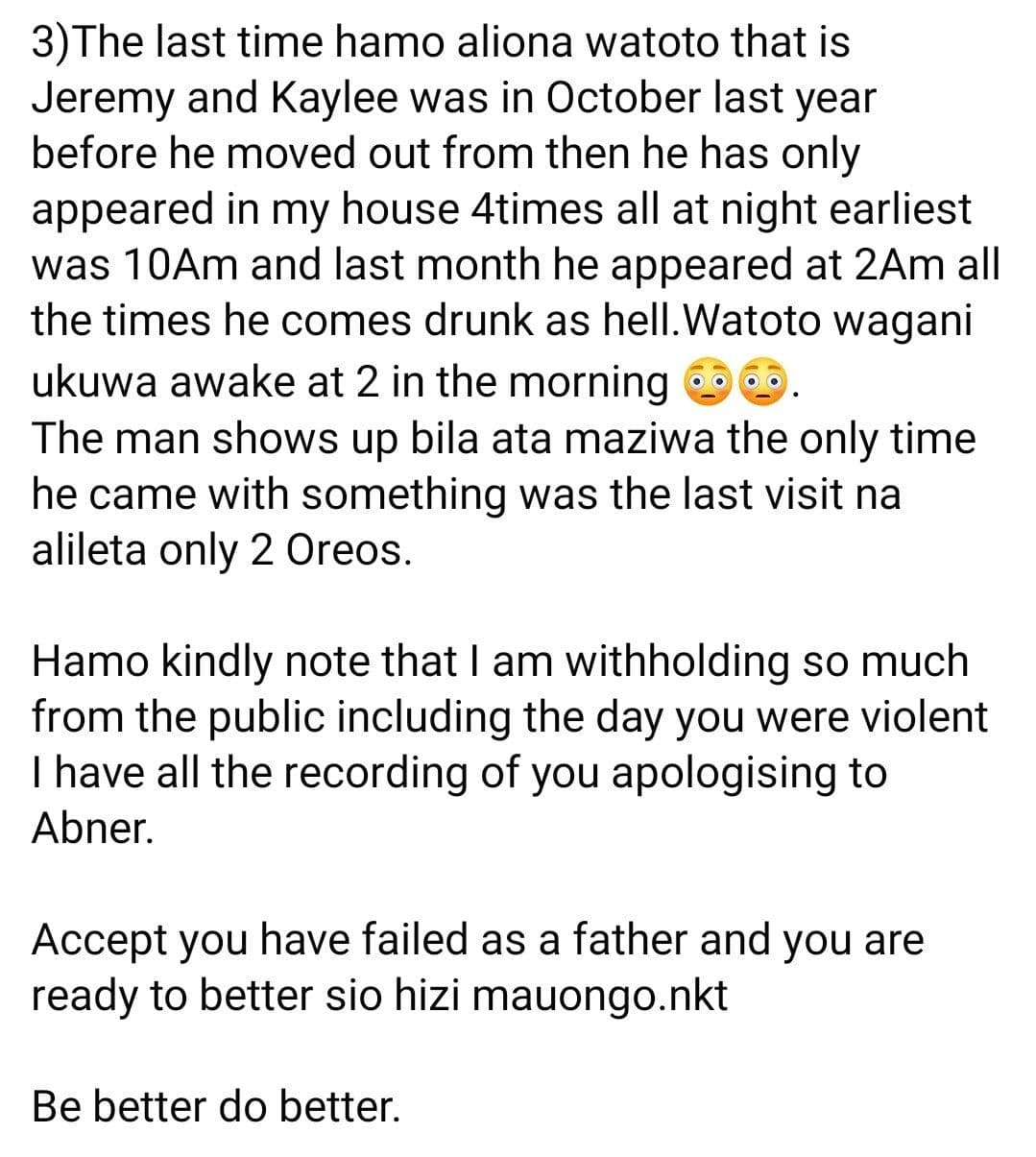 Jemutai brought the revelations to the fore after she admitted to struggling to make ends meet and surviving on debts.

She had even reached out to blogger Edgar Obare seeking to sell her Facebook account for Ksh1.7 million which enable her to clear her debt including rent arrears.