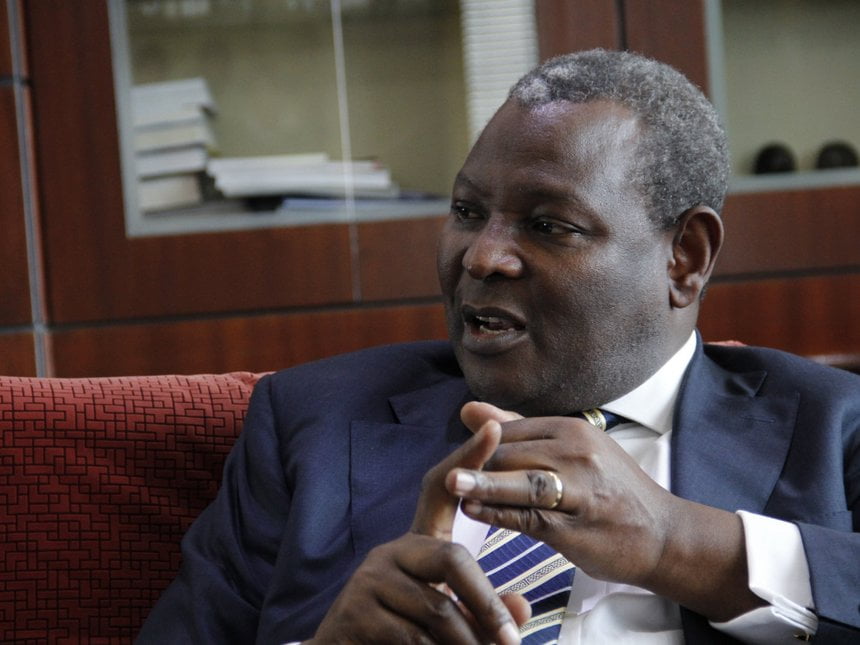 Caption: Equity’s James Mwangi who is now under the spotlight for sexually harassing Esther Passaris. Mwangi has refused to clear his name, hpoing things will cool down and he will go on with his impunity.

Of late, we have trained our guns on Equity Bank, due to their constant flouting of Central Bank rules, the existing conflict of interest by directors of the financial institution, staff grievances, fraud and general corporate malaise masked under the guise of Good Governance by Bribed mainstream media journalists.

In our deep analysis, we have concluded that Kenya has been wrecked by journalists who are Bribed by vested interests, predominantly corporate thieves who seek to condition masses into buying whatever flawed concepts or products they may wish to dupe the general public with.

We have unsuccessfully petitioned the Federal Bureau of Investigation (FBI) to zero in on three real-estate companies; Hass Consult, Knight Frank and Cytonn Investments, firms that dispense fake industry prospective in a bid to trigger a run on the real-estate/housing/land sector, enabling them clean money that has been illegally acquired and laundered in real-estate.

Key pointers to the FBI are that Kenya has abnormally the highest real-estate/rent prices in Africa, despite the obvious fact that the country is lacking in infrastructure, roads, railways, unreliable power and water, insecurity and the likes. To put it bluntly, Kenya is a shit-hole to be attracting these crazy prices we are seeing today.

By bribing Business journalists (a matter that can be easily verified), the three companies have been able to serve their high-end clients consisting predominantly of Government officials, to hide and launder their money. We are convinced that the same companies may have in their greed and pursuit for market dominance, encountered and laundered money from Somali pirates and Al-Qaeda terrorists.

It’s the only logical explanation that can explain the high land/rent prices in Kenya, because our inept Government is unable to curb illegal inflows of money, thus allowing real-estate companies to run amok, bribe journalists and trigger runs on land. To the FBI officials, you need to probe every director and proxy-client at Hass Consult, Knight Frank and Cytonn Investments. You will definitely find an Al-Qaeda linked terrorist therein, laundering their proceeds of crime in the Kenyan financial system. A travel embargo needs to be effected on directors of the 3 firms, because their fake reports distributed via Bribed mainstream media journalists were serving a purpose; washing and earning a return on “equity” being dirty money or proceeds of crime.

The Kenyan security agencies should also move swiftly and arrest Business journalists who cover these bogus real-estate reports by Hass Consult, Knight Frank and Cytonn Investments, because they are accessories in money-laundering. They need to know the veracity of their bullshit, and be alive to the fact that they could have been working indirectly for terrorists and pirates. Journalists like Wallace Kantai and Terryanne Chebet should be taken in for questioning to explain why they compromise national interests on behalf of questionable firms.

Bloggers are arrested everyday to shed more light on articles they run, so it should be a problem if Kenyan Business Journalists are rounded up to explain why they have been hyping reports done by companies laundering terror-funds. It’s all one chain.

Today, we are launching a concerted campaign against Equity Bank’s CEO Dr. James Mwangi, who has been accused of sexual harassment in a bid to take over the successful Adopt-A-Light company owned by Esther Muthoni Passaris. Indeed, we have previously covered prior to Passaris’s claims, the cowboy nature with which Equity Bank directors acquire properties lodged in the bank as security or collateral for loans.

Pioneer School in Maragua owned by Equity Chairman Peter Munga was owned by a customer who was unable to complete his loan. And surprise-surprise, Munga dispatched auctioneers to forcefully acquire the property. Munga’s son died after jumping out of the balcony of Black Diamond in Westlands, which must have been karma due to what the dad has done to people over the years.

The move by MPs to put a cap on bank interest rates is to be welcomed. I believe that price is best left to be determined by demand and supply.
That assumption rests on the ability of those concerned – especially busineses- to act with decorum-something most Kenyan banks have done very very badly. Greed became a core value and strength for many of local banks, like Equity. The conduct by some especially the rip-off interest rates have decimated many businesses and ruined families. Some banks like Equity are essentially legitimized criminal cartels; gangsters in suits and ties!

What makes credit so expensive in Kenya as to attract rates approaching 20%-among the highest in the world? Why should their incompetence, greed and failure to innovate be paid for by their clients? How and why does a bank charge you for keeping money with them which they deduct every month below a certain threshold-while they happily lend on at exorbitant rates?

Our banks are not alone. When UK banks were found to have acted dishonestly; including unfairly calling on loans from viable businesses, they were fined billions and laws enacted to curb their errant and criminal acts. Ofcourse the Kenya bankers lobby group said the move by MPs would be a disaster to the economy. It’s not I am afraid. If banks can’t work within the new law, others will see a gap and use it well. Crowdfunding and lending circles are thriving outside mainstream banking.

It’s time to call out Dr. James Mwangi and the retarded Peter Munga, who used customer-deposits to build the Enashipai Resort in Naivasha. Enashipai is the place where Kiprono Kittony held his 50th birthday last year, where diplomats like former British High Commissioner Christian Turner and a notorious CEO of a large Telco were in attendance. They were there celebrating and endorsing corruption. Munga is now planning to use customer-deposits to acquire Britam. Clearly the death of his son hasn’t taught him anything; the greed and primitive-acquisition continues.

So when Esther Passaris said in post that Dr. James Mwangi tried to do a hostile takeover the on her business using sexual coercion and dangling a credit facility, we believe it 100%. We ask all to use the hashtag. #JamesMwangiTheSexPest and tag companies that trade with Equity like Mastercard, Visa and the likes. Let’s crowd-source our frustrations and see if Mwangi can continue ignoring these claims.

Read her story here below:

This is the story of how Equity Bank CEO James Mwangi destroyed my business after ‪#‎ISaidNo‬. In 2006, I met Mwangi through a mutual friend and he soon agreed to bring his organization on board the Adopt A Light project by sponsoring and running an advertising campaign for the bank on 400 streetlight poles as well as High Mast structures. In fact, this act of corporate social responsibility is captured in their company records.

The campaign was supposed to be rolled out on Thika Road and Outering Road among other locations. In anticipation of this business, Adopt A Light took a facility with Equity Bank and ordered the High Mast structures from our partners in South Africa. However, the whole project was thwarted before it could take off after Mwangi made several sexual advances towards me and I categorically turned him down. He was a friendly, listening and caring partner only as long as the chase was on. Later on through changes made to our contract after the fall-out, I realized he had all intentions not to honor our agreement in case I declined his advances.

It didn’t take long after Equity Bank breached our agreement for Adopt A Light to be left with a massive bill to pick up. Before the matter spilled into the courts, Equity Bank hired Neptune Credit, an unlicenced debt collector whose approach to debt collection was unprofessional and not what one would expect from a bank of Equity’s stature. This was also unlawful as banks need or seek court orders before contracting the services of a debt collector. Or if they appoint one, the collector must start with the courts before taking any action. The story of how Neptune Credit harassed me and my children is captured under OB 38 of 15/4/2009 at Parklands police station. But as is pretty much the norm in Kenya, the case was closed before it started.

Mwangi only went to court for alleged debt after I won the highly compromised award (after lots of applications to deny me justice ) to try and stop the award. In spite of an IRAC report on the interest overcharge and the irregular debits, Mwangi adamantly refused to reverse the same. Even his managers realised his motives were personal and not professional because it is standard for banks to reverse proven irregular debits. This prompted me to go back and demand that the Bank pays in full what it owed my business and I have every intention of pursuing damages for destroying my company and the ensuing psychological distress.

WHY I CAME OUT

It took a lot of soul searching for me to share my experience after reaching my tipping point. It is true that Mwangi is a brilliant and talented banker, looking at what he’s achieved with the Equity brand. However, he was highly unprofessional with me.

At the time, I informed Chairman Peter Munga ( as well as other senior managers) of the happenings but he couldn’t defend me as his hands were tied. Wherever Munga is right now, he knows the truth and I hope one day he’ll stand up for me. But even if he doesn’t, I know someone will eventually vindicate me.

Make no mistake, this is not easy for me but I stand by my every word.