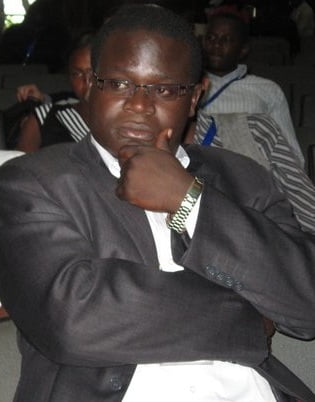 CAPTION: Kwamchetsi Makoha who has been abusing his columns at Nation Media Group to drive his own agenda.

Ambassadors, donors and foreign Heads of Mission who have come to rely on Kenyan mainstream media “analysts” for information should be warned, to stop misleading their head-offices with skewed information, paid by various protagonists in the many happenings around corporate and political Nairobi. 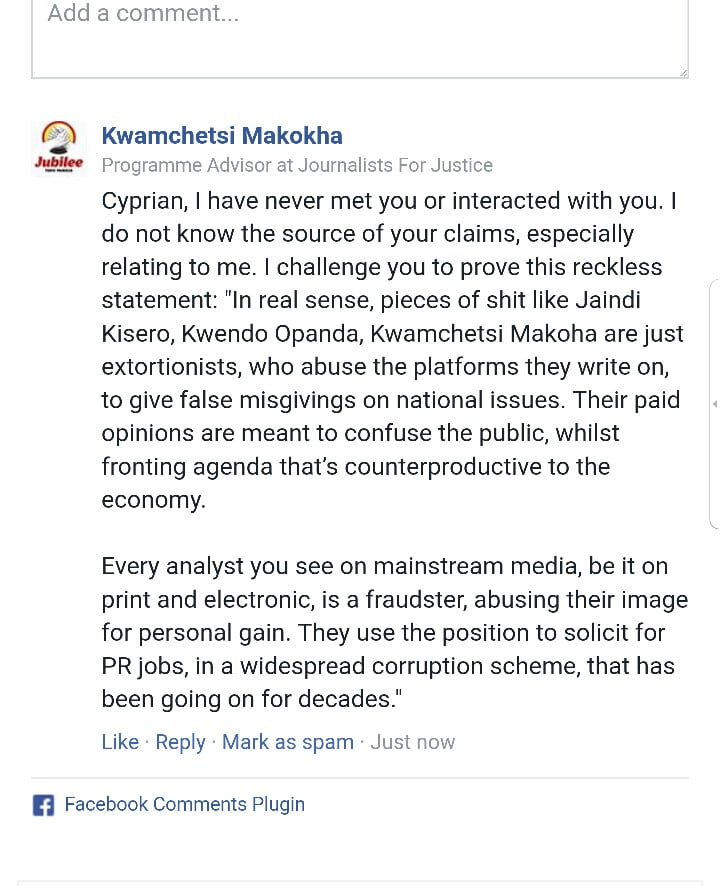 CAPTION: The emotional post by Kwamchetsi Makoha, the asshole who has been using his media airtime to cleanse the image of thieves.

Kwamchetsi Makoha in an emotional post, has challenged us to state his paid-PR antics, and we have gladly obliged. This Kwamchetsi piece of shit, once connived with former Chief Justice and blessed of TV anchor Victoria Rubadiri, Mr. Willy Mutunga, to undermine former registrar of the Judiciary Glady’s Boss Shollei.

We have attached all documents for anyone’s perusal, so that we can finally nail this son of a bitch, who has been doing private work, and then masquerading as a “neutral” analysts, writing for the shit publications that is Nation Newspapers, and working on behalf of corrupt cartels for personal gain.

In case you were wondering why media standards are so deplorable in Kenya, it’s because these so-called “veteran journalists” have denigrated the profession, abused the trust of the audiences, and turned themselves into a bunch of extortionists.

Despite the impeccable English and good diction, there is no difference between this lot, and vernacular show hosts Njogu wa Njoroge who is on the payroll of Uhuru Kenyatta and Governors like William Kabogo, to lie about illusional achievements, and spread a toxic hate agenda.

Meanwhile there is a stark coincidence between the date of Jaindi Kisero’s invoice, to a suspicious tender that briefcase company Rento won in KenGen. The matter was hastily dismissed in the Nation Media advertorial Business Daily, where the editor and writer must have had their palms greased by Jaindi Kisero on behalf of Rentco. 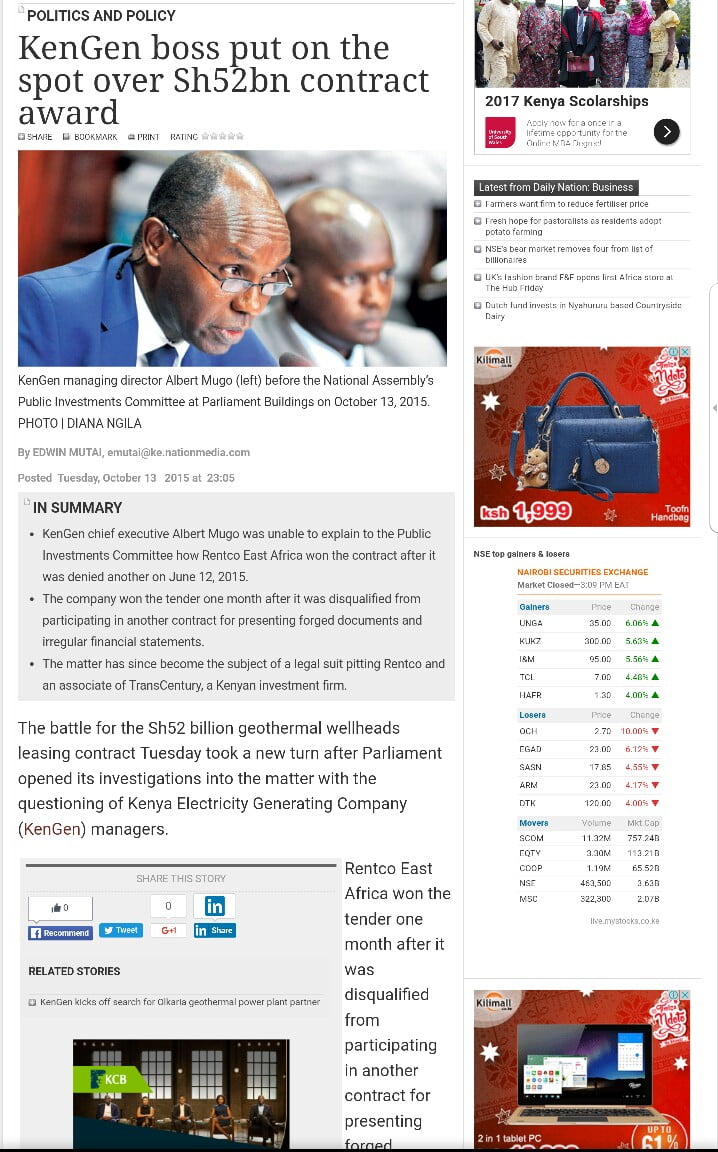 CAPTION: As you can see, there is a stark coincidence between the period where Rentco fraudulently won a tender at Kengen, and Jaindi Kisero begging for payment. The reason we keep asking everyone to give Business journalists a wide-berth.

Basically Rentco, a briefcase tenderprenuerial company won a Kshs. 52 Billion tender while a consultancy company was being paid 3.4b a year. KenGen CEO Albert Mugo and the entire Kengen board need to be investigated and a lifestyle audit done, freeze their accounts, to trace their money locally and abroad, to find out who Rentco really are. These are not just ghosts there are individuals behind Rentco and Mugo needs to shed light on all these issues. He is the CEO thus he knows everyone involved in this deal and should not hide behind lawyers and courts.

Infact he needs to resign ASAP including management and board members just like GDC where swift action was taken. This scandal is as big or bigger than Goldenberg.

Basically Jaindi Kisero was using Nation Media Group to sanitise Rentco’s corrupt deals, while still earning a stipend as a contributor for articles. Tom Mshindi is such an asshole!

It’s a question of disclusre of interests in stories – ethics dictate that he say he has been a consultant for a company doing business with the subject of his article – a parastatal corporation – then readers can caution themselves as to possible bias in the policy prescriptions he might choose to make.

Kindly download the war-council emails, where Kwamchetsi Makoha was very active in the saga, working in cohorts with Willy Mutunga, then going to Nation’s newspapers to peddle narratives on that suit his pockets. Kindergarten strategies literally.
We are convinced that media houses are aware of this practice and prefer it that way, because they pay their analysts less. Shame on the mainstream media!
Would you like to get published on this Popular Blog? You can now email Cyprian Nyakundi any breaking news, Exposes, story ideas, human interest articles or interesting videos on: [email protected] Videos and pictures can be sent to +254 710 280 973 on WhatsApp, Signal and Telegram.