TV journalist Jacque Maribe wants to be released on bail to enable her care for her four-year-old son.

She and her fiancé Joseph Irungu, aka Jowie, have been charged with the murder of Monica Kimani on September 19 at Lamuria Gardens Apartments.

The slain businesswoman’s body was found deposited in a bathtub, throat slashed and hands tied to the back.

On Monday, Maribe and Jowie denied the charge. They pleaded after a psychiatric evaluation found them fit to stand trial.

In an affidavit filed in court through lawyer Katwa Kigen, Maribe says she is innocent in the eyes of the law, as there is no evidence showing she was involved in the murder, hence, it would be unfair to keep her in custody.

“I have cooperated with investigators and any association against me with the alleged murder, if any, is wholly weak circumstantial association.” 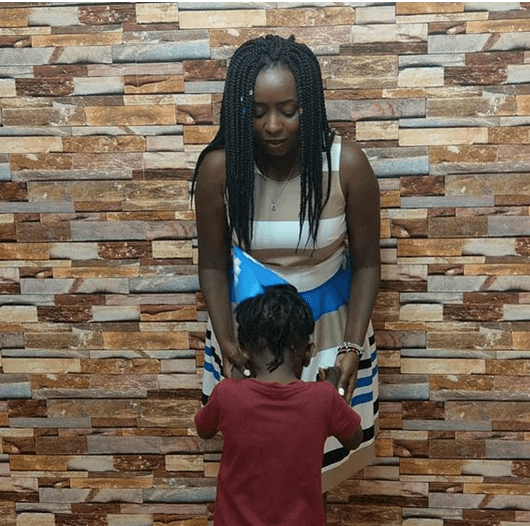 Maribe said she handed over her car and phone, which are being analysed as part of evidence, to the police as a sign of her cooperation.

She said she is well known courtesy of her being on TV screens and that makes it difficult for her to jump bail if freed.

“There are no compelling reasons whatsoever that can deny me bond. I’m a well-known TV journalist. Most Kenyans are conversant with my job and can easily spot me anywhere; therefore, making it impossible to jump bail,” she said.

She is willing to surrender her passport to court. As a single mother, the child solely depends on her for social and financial upkeep, she said. Maribe argued that the child will suffer if she remains in custody until the case is concluded.

The prosecution has, however, opposed the bail request.

State counsel Catherine Mwaniki says the two are likely to interfere with witnesses given that investigations are underway.

“The investigations are ongoing to establish any money that could have been taken from the deceased’s house, the money movement, persons involved, how and who is currently in possession of the money,” the affidavit by investigating officer Maxwell Otieno read.

The prosecution further hinted that its investigations will go beyond Kenyan territory. It did not elaborate. It said Irungu has no fixed abode and being a frequent flier he might abscond if released.

The investigating officer said Maribe is a media personality associated with persons of influence and there is a high possibility she might threaten or influence key witnesses.

“In view of the fear that may be occasioned on the key prosecution witnesses, there is need for ample time to be given for the prosecution witnesses identity to be protected and their statements redacted, as this incident and trial has attracted public attention,” the officer says.

On Monday, defence lawyers wanted the court to hear their bail applications yesterday, arguing the two have been in custody for a long time.

The prosecution and victim’s lawyer opposed the application, saying they need more time to canvass the issues. Justice Lessit referred the bail hearing to another judge.

The case will be mentioned today so the court can give a date for bail hearing.