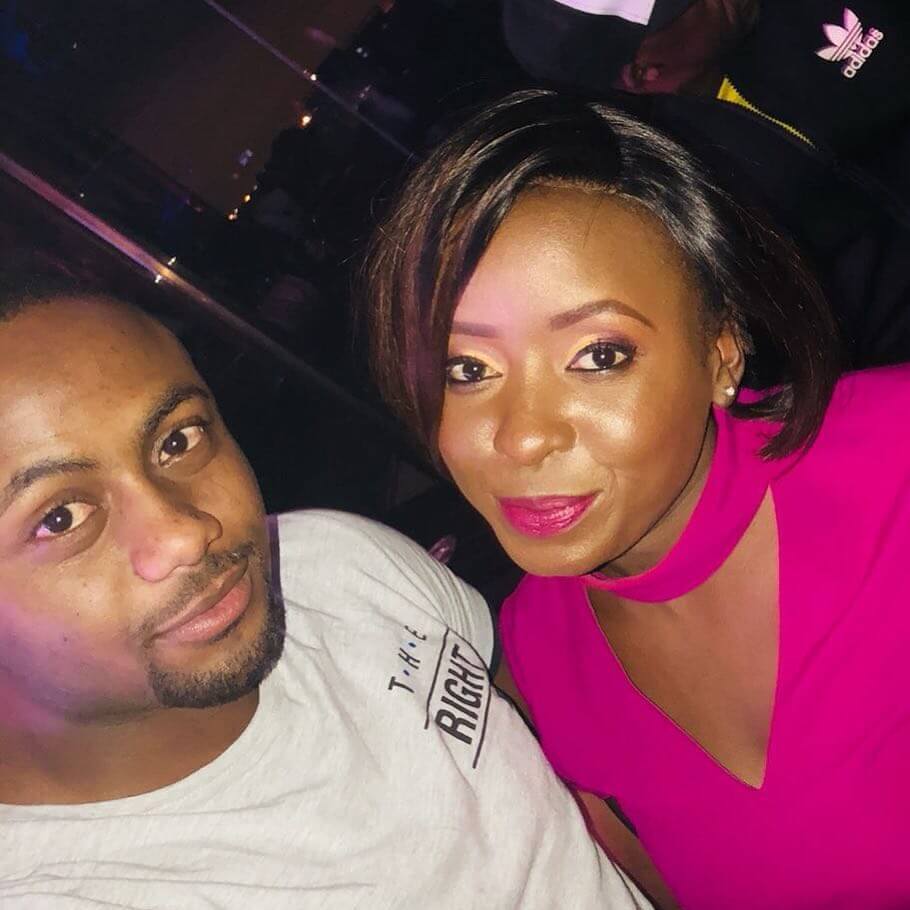 Kenyan feminists have been overworking on social-media, bullying anyone who links Jacque Maribe to her boyfriend’s criminal activities. They’re of the opinion that we should focus on him and not her. They’re literally linking this incident with the “patriarchy”.

In femopshere there will always be an ‘us’. The Sisterhood will always take precedence above religion, politics, personal conviction and even family affiliations for women. Largely this is due to women’s evolved propensity for collectivism among their own sex.

This intrasexual collective support has carried over into what’s become the Sisterhood today. If you look at the interactions of young girls and their social groups, you begin to see that tribal collectivism naturally come through. In terms of larger societal scope this collectivity becomes about acknowledging a shared experience of an imagined oppression by men. Between all women there is an understanding of “the plight of women” and a presumption of an endemic sexism no matter how inexistent it is.

There’s a reason HR departments are largely staffed by women, because they want to be positioned in a way that they can execute policy. HR departments no longer exist to serve the company with regards to employees, rather they exist in order to protect that company from lawsuits and enforce feminine-primary conditions in the workplace.

Indeed after a medical sabbatical, Safaricom CEO Bob Collymore reiterated his company’s desire to stuff their offices with women, despite the glaring reports release last year, saying that the company has more female than male employees. So merit, innovation and excellence have been overlooked for gender bias.

To Kenyan feminists, Jacque Maribe bears no responsibility for shacking up with a criminal, and probably being his alibi in a murder which has captured the interest of an entire nation. She took him to hospital after he shot himself, making her an accessory to murder.

But Kenyan feminists have this sense of entitlement and unbearable rightness of being female. Momentarily it’s been forgotten that she’s a popular figure who attracts media coverage and publicity in equal measure, and we are now being forced to overlook the responsibility she bears on her shoulders, and revert back to the fem-centric order which justifies every misguided decision taken by women.

The peddlers of vanity, pushers of consumerism, who are primarily the women in media, have employed a plethora of psychological tactics to mislead young girls about the fictitious benefits of fame, without balancing this toxic messaging with the reality that comes with it. And this is one of those rare moments where vanity and reality converge.

Social media especially Instagram has been behind the recent display of vanity, forcing young men and women to engage in despicable activities just for the fame and money. Our shared, mutual values have been eroded as we embraced pop culture’s affinity for consumerism.

Unfortunately for feminists is that Jacque Maribe can’t escape scrutiny for this latest incident. She cannot conveniently escape rebuke when it suits her. This incident is manifest that choices have consequences. It is time to take stock.

We recently exposed the intense anger harbored by ladies like Janet Mbugua who is forever lecturing men on social media. She consciously chose her “eye-candy” husband to conform with societal conditioning which at the time, promoted physical over mental. On the other hand, Caroline Mutoko were promoting financial over everything else.

This mixed messaging created a toxic dichotomy, which is behind Kenya’s collective inertia and mental blockade, as the collective psyche was channeled towards these meaningless side-shows. As other countries discuss ways of conquering the world of aviation, medicine, research, etc, we have been inundated with mediocre content like Maina Kageni’s useless topics about married men sleeping with their maids.

part Jacque Maribe, then she must endure the consequences of her poor choices, without resorting to lecturing men on social media, as if we are co-conspirators in her marital misfortunes.

But when women screw-up, they should be ready for scrutiny just as men carry their own cross. To ladies out there who have made good life choices, you don’t need to be bullied by the few noisy feminists who want you to bear the collective shame for their poor life choices. You are the majority and the tiny minority who paint a rosy picture on social media yet we know the struggles they face, should not deter you from your goals.

If Jacque Maribe makes it out of this one, she must use her wide platform to encourage other women to focus less on vanity and more of substance. A man should be judged primarily by the content of his character. Instead of whining, let’s cease this moment to chart a new destiny for our women, who have been misled by social media.