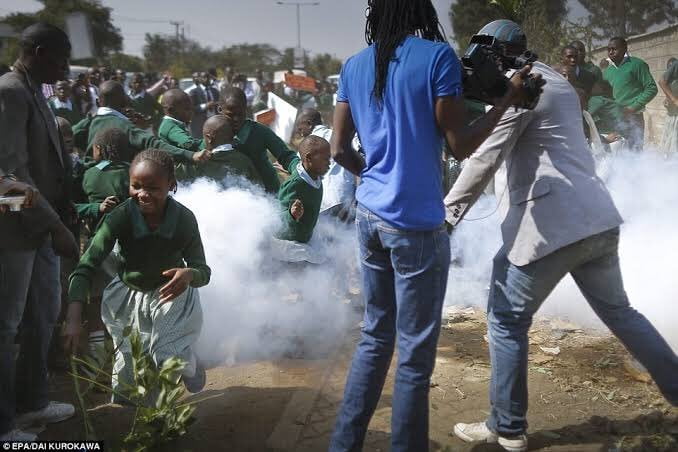 Children teargassed for a second time in Kenya and heads are not rolling?

The Kenyan economy has been fucked-up by the looting despots Uhuru Kenyatta and William Ruto.

Kenyans have been calling for protests online without hitting the streets, but it should not be forgotten that in Mombasa and Kasarani-Mwiki, the people have hit the ground.

Every Monday in the Coastal City, residents protests against the ‘favoring’ of SGR by armtwisting the truckers and Businesses to have their cargo carried by the white elephant Standard Gauge Railway (SGR).

It is laughable how the govt then comes to the Githeri media to proclaim how they’ve beaten a record in cargo transportation.

On the other hand, in the capital city at Kasarani-Mwiki, the residents are on their forth day protesting bad roads. They want their taxes put to good use. Build roads in the area.

Both of the above scenarios needs Kenyan support online and offline.

As for the leaders, one thing Kenyans should be aware of, ‘power is taken, power is not given’. By complaining online, and not doing anything on the ground, no change ever takes place. 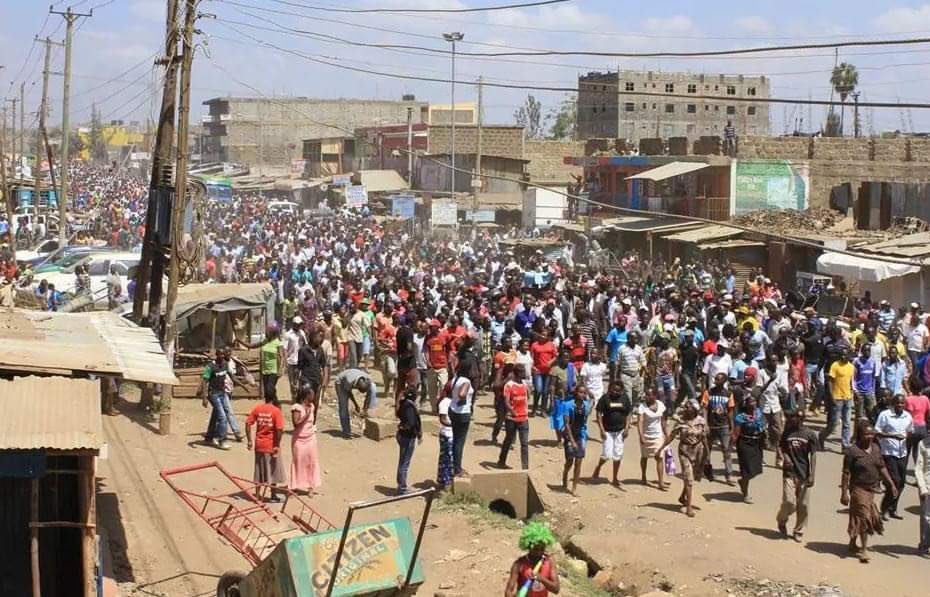 Maybe the teargassing of school kids, the killing of a few young men and the use of water cannons will end as soon as tractors, appear on the roadsides of Kasarani-Mwiki, but at least the people of Kasarani and Mwiki are relentless and their resolve gives other Kenyans some courage to challenge the regime. They should not give up, they should ensure that roads are built, good roads that are long-lasting MUST be built

Thanks goodness, no one has labeled the protestors any tribe.

The online community, aware that Kenyans are loosing jobs enmasse should not fall to that trap again. We are Kenyans and we’ve seen how Kibaki did it, in terms of infrastructure and jobs. UhuRuto have plundered everything.

Kenyans should push for change peacefully and vehemently.

For true change to happen, a transition government should come in place and chat a way forward for Kenya. The wastage of public funds in Building Bridges Initiative (BBI) should be halted and instead, the money should be put to good use; the billions should be instead used to collect views of citizens in the new transformational Kenya. 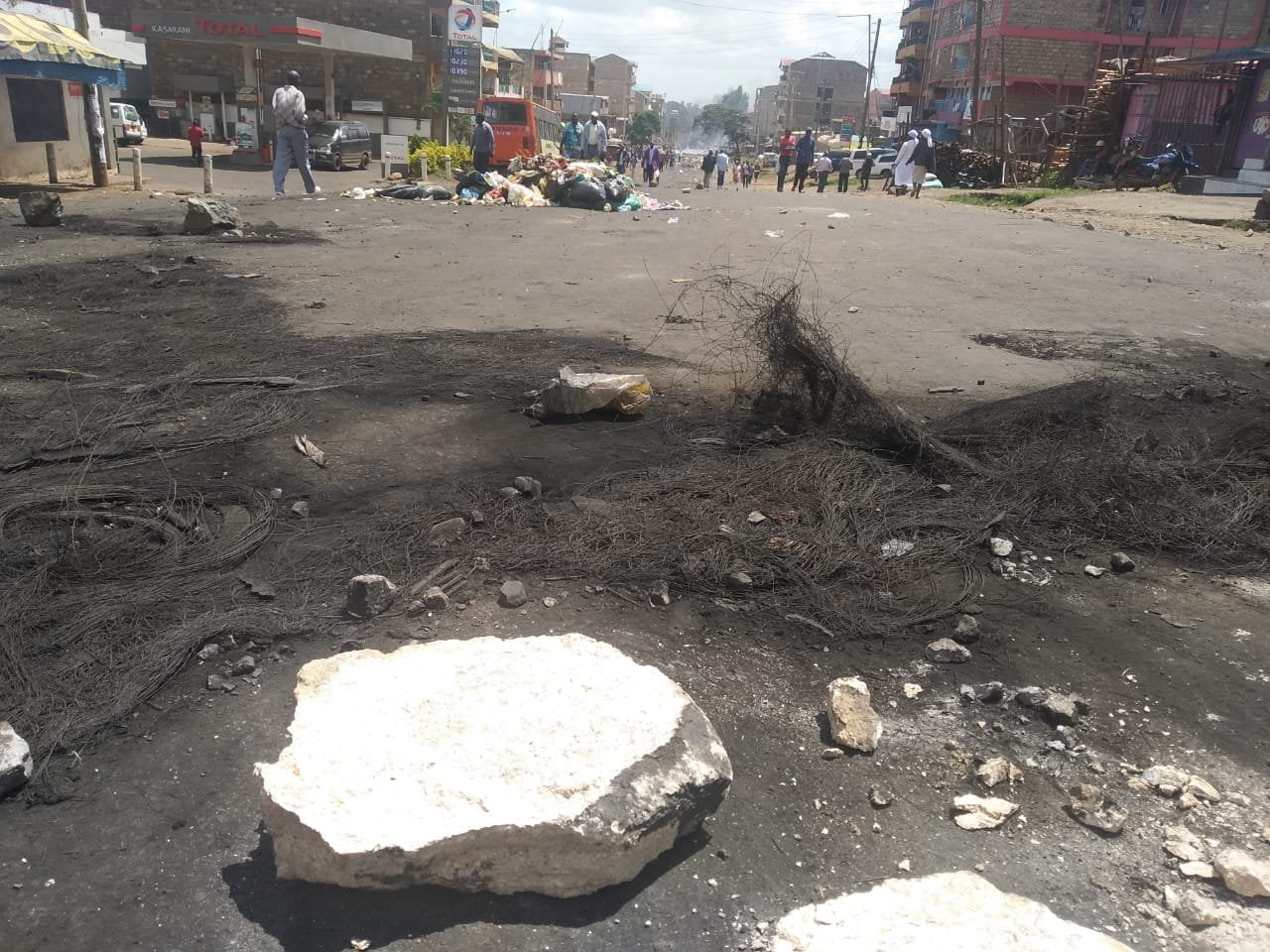 Barricades on a road in Kasarani

Kasarani shouldn’t be the last for calling for even the smallest changes, for in due time, Kenyans from all walks of life, anywhere in this great nation should come out and ask questions loudly.

In the end then, a govt which has spent the last 7 years stealing from public coffers will have nowhere to hide, no money to implement any project and thus will have to fall like the statue of Saddam Hussein and give birth to a new Kenya.

By the way, why has the media not reported on this with the gusto it does issues of politics?