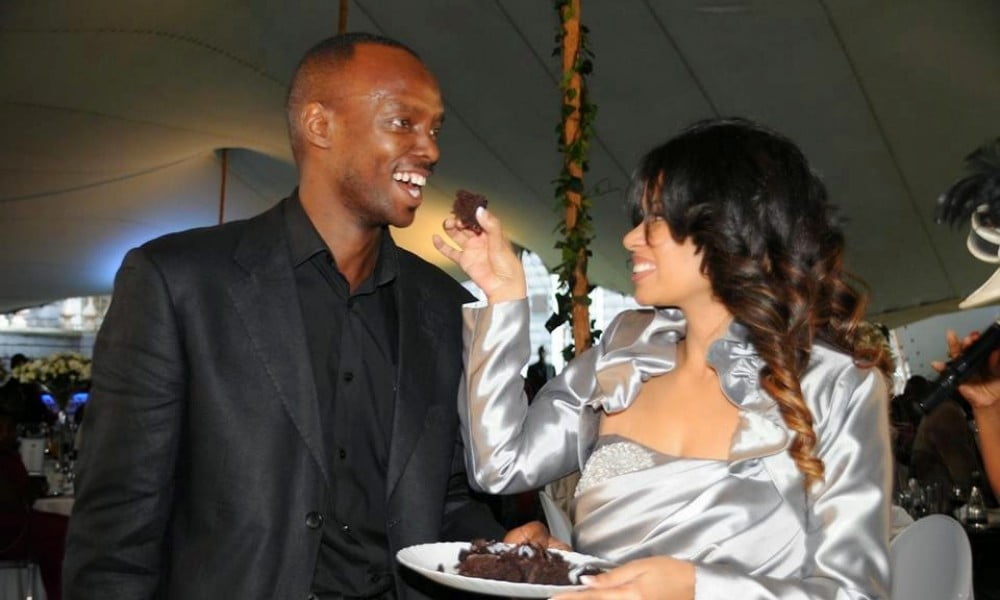 One would expect with all the money that the Gichuru family has primitively-acquired, that life would be OK for the power couple. That they’d be holidaying in exotic destinations, kite-surfing and doing exciting stuff like deep sea diving.

But of late, Njoki Chege’s Role Model Julie Gichuru is turning out to be a bitter “peace” crusader, who projects more anger and sense of dissatisfaction than even a poor Kenyan. Leaving one to wonder what money really is about.

Women of Julie Gichuru’s age are busy raising families and being part of their children’s well-being. Beyonce is where she is because her parents dedicated time to help her pursue her dreams. So did the William’s Sister’s parents.

So why is Julie Gichuru dedicating more time for spinning peace narratives and networking under the guise of interviewing tin-pot despots, in a lowly-rated show African Leadership Dialogues?

The only logical explanation is that her husband suffers from erectile dysfunction, and all these bad facial expressions Julie Gichuru makes while asking us to choose peace, are a hidden message that she is not being sexually-satisfied at home. Rumours were rife that he used to clobber her back in the day when their marriage was still in its infancy.

There is no way that a husband can have so much money, yet the wife is running around left the right center, hawking her image to leverage and make an extra buck. Something doesn’t add up. And this woman is a mother of 5 children, at a time when even one child is stressing the living hell out of families.

Is Julie Gichuru allocating enough time for her family? Is she even a good mother? Because good mothers don’t go hob-nobbing with diplomats and politicians during their free time. They’re busy attending sports practice for their children or dropping them for music lessons and the likes.

I don’t think Julie Gichuru is a good mother at all.I also believe that if it’s not erectile-dysfunction affecting Tony “Flash” Gichuru, then it’s perhaps Julie’s feminist/religious posturing, which has made her sexual-appeal diminish in his eyes. Ordinarily, male members of the public should be enticed by Julie’s looks, but she must be the only “beautiful” woman who makes people throw up when they see her.

Now if we as ordinary bystanders get disgusted and nauseated by Julie every time we see her or listen to her bullshit commentary, what about her husband who has to contend with that sanctimonious posturing every day? I feel sorry for that bastard to be honest. It’s almost like a hybrid strain of emasculation and suppression combined.

It’s the reason why bitter, overweight and sexually frustrated-feminists like Betty Waitherero, Naomi Mutua, and Njeri Thorne cannot find husbands. Which man in their right minds would inherit such emotional train-wrecks?

They’re out here selling “intellect” as their strengths, yet that’s not what we men are looking for. We primarily want women with a functional womb and can cook. Not fake British accents or intellectually stimulating conversations.

Of course, we understand why barren Caroline Mutoko is always shouting on social media, claiming to be perfect yet she can’t bear her own kids. That reality alone must give her a lot of grief and she tries to compensate it with her perennial outbursts. But Julie Gichuru has her own kids. Why isn’t she dedicating her time to them?

It’s time Julie Gichuru rededicated her efforts at rekindling the lost sex drive of her husband, lest he loses interest in her. He comes from a family where the Dad was a polygamist, so she shouldn’t give him space to even harbor such thoughts.

I don’t think spending her time hob-nobbing with politicians and diplomats is helping her cause.