A section of Kenyan netizens has this afternoon expressed their displeasure over a list of recent government appointments to an important transport board in which all members were peculiarly drawn from the same tribe.

On Friday news emerged that three new persons; Mary Chege, Zacharia Mungai and Ronald Ndegwa, had been appointed to the Nairobi Metropolitan Area Transport Authority board.

Reacting moments after a gazette notice issued by the chairperson of Nairobi metropolitan area council James Macharia started doing the rounds on social media, many Kenyans who felt that perhaps some more inclusivity should have been considered when making the appointments, particularly now that the country is in a phase of uniting all our tribes through various Uhuru-led initiatives like the BBI.

Remember these were ‘appointments’ and therefore, no external vetting process nor confirmation is necessarily required when picking out appointees.

The Metropolitan Area includes Nairobi, Murang’a, Kiambu, Kajiado and Machakos counties and NAMATA claims it seeks to provide a mechanism for the establishment of an integrated, efficient, effective and sustainable transport system within the region.

The proposed members to the Authority include a representative nominated by the Governor of each of the aforementioned counties, the Principal Secretary responsible for Transport, Finance and Land.

The Authority also has a representative from the Public Service Vehicle (PSV) industry, one from the association for persons with disabilities and one from the consumers.

Below we’ve sampled some of the responses by Kenyans on social media in regards to the controversial appointment. 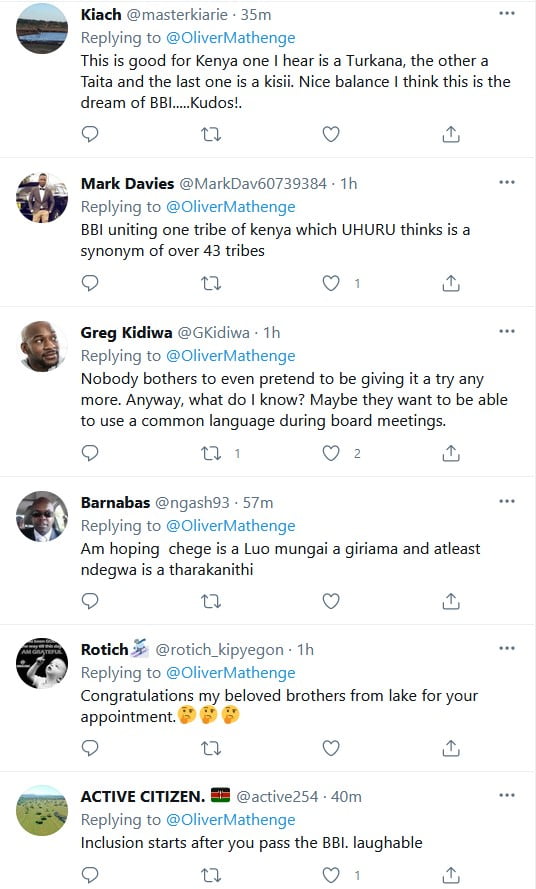 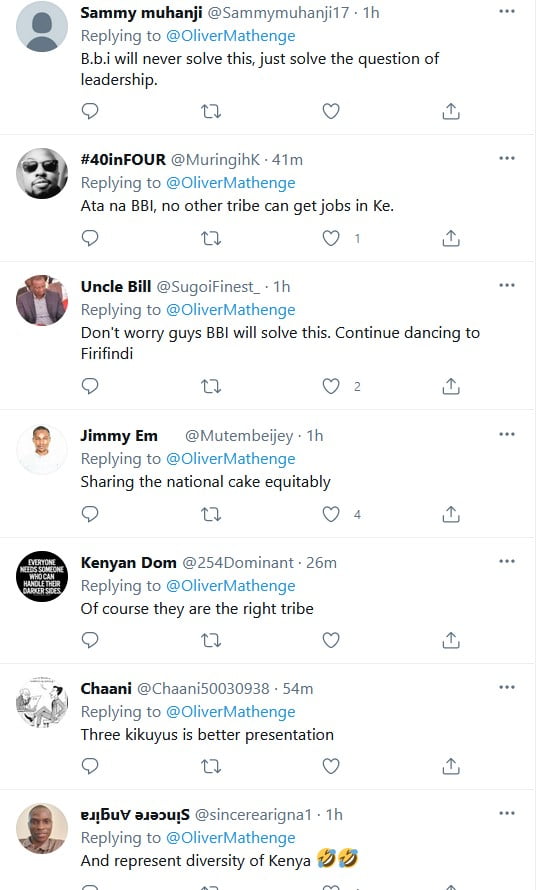