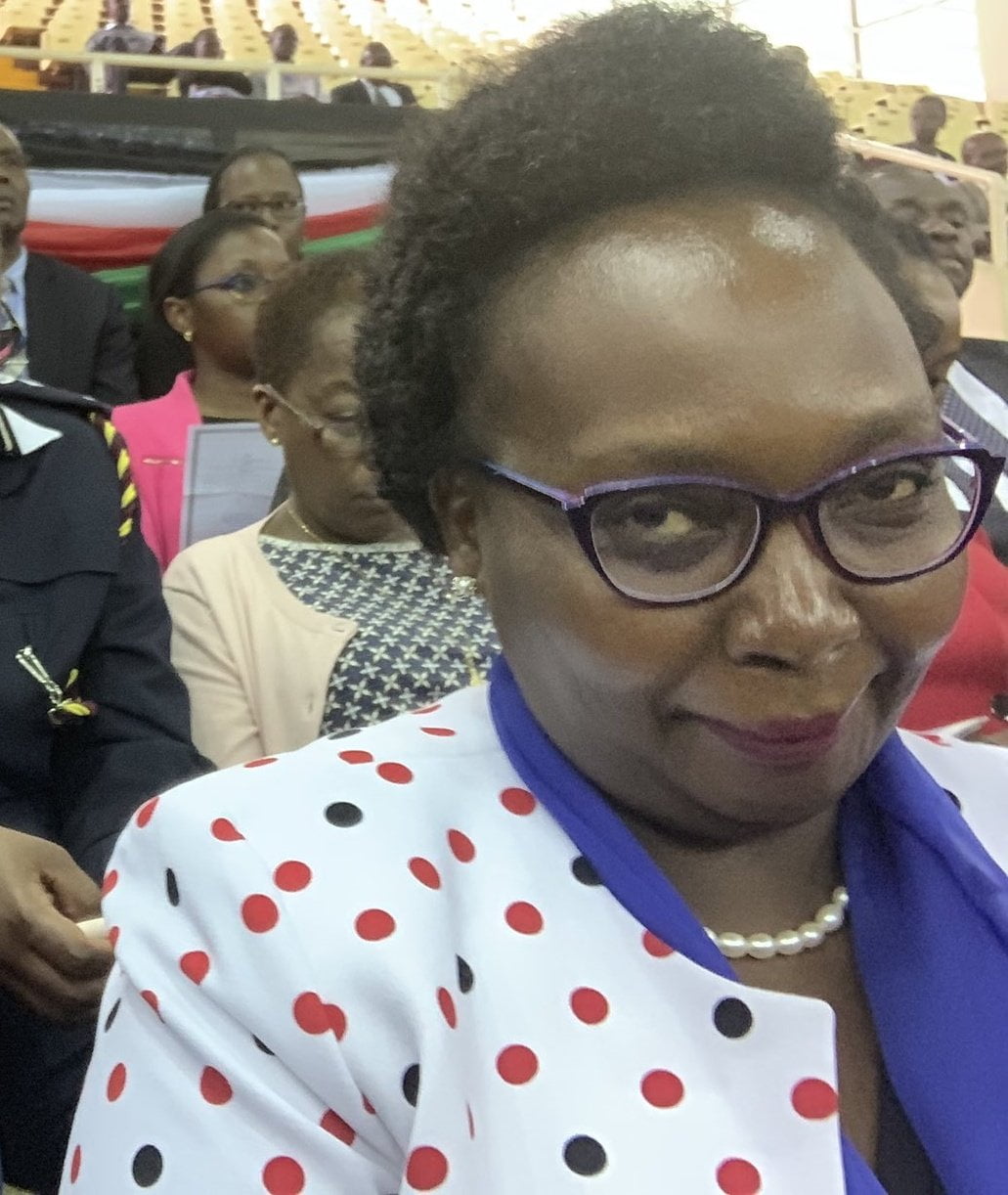 The rot at the National Hospital Insurance Fund (NHIF) is legendary.

It is a systemic problem that newly appointed Health Cabinet Secretary Mutahi Kagwe will have a heavy responsibility to deal with.

Deep-rooted corruption, mismanagement of billions of shillings of contributors’ monies and stints in counterproductive commercial insurance schemes sum up the mess at NHIF.

Mr Kagwe, who was last week approved by the National Assembly for the job after a successful vetting, will require time, the right management as well as a board that is committed if President Uhuru Kenyatta’s Universal Health Coverage (UHC) is to be realized.

While outgoing Health Cabinet Secretary Sicily Kariuki says that NHIF risks going under after her National Treasury colleague Ukur Yattani blocked it from providing medical and insurance covers for civil servants, the police and prison officers, this may not be true.

The amount NHIF will lose after Mr Yattani’s directive is Sh16 billion and while CS Kariuki seems to be preoccupied the move, she has not realized that recruitment of NHIF members is a big issue that needs to be strengthened.

The above results paint a grim picture and the sorry state of the UHC given that the latest census report showed that Kenya has a working population of age 20 -64 of 27,154,135 adults.

Furthermore, the 923,552 voluntary contributors which is way below the required enrolment threshold could have pre-existing conditions hence anti-selection against the fund.

Dagoretti North MP Simba Arati notes that the endemic corruption and rot at NHIF could have kept the tens of millions of potential members away.

“With all these scandals at the fund, no member will be willing to contribute their hard-earned money to be squandered by a few or embezzled by a management that has no clue what it is supposed to do. NHIF is a sick person who needs medication urgently,” Mr Arati says.

“If NHIF were to die, it will be because of the deep-seated inefficiencies and corruption. In fact, the decision by Mr Yattani is to help the fund so that voluntary contributors see the sense of paying their premiums,” says Mr Arati.

According to the NHIF report, during the year under review, the active members had contributed Sh36.49 billion to the fund.

Assuming that NHIF recruited all the adults as per census report – 27 154,135 Million adults it was likely to generate approximately Sh291 billion per year at a basic minimum Kshs 500 Per Month, which is enough to manage President Kenyatta’s UHC smoothly and without hitches.

But because of failure to recruit, NHIF is finding it hard to manage its budget.

Figure 1: Shows the computation of the explanation above.

Further, The comprehensive Income Statement of NHIF ON page 34 & 35 for financial statement ending 30/06/2019 shows resulted to a net loss of Kshs (3,671,996,374). A keen eye would note that if the 2019 total statutory contributions of Kshs 36,502,988,785 were fortified in a secure account and protected from the preying hand of the rogue managers, the UHC would have actually made a net profit in the overall.

In summary, the UHC contributions were not expensed as claims in the above statement hence it begs a question of how prudent the subsidized cash was utilized.

Further a look deep into page 57 & 58 of the comprehensive income statement, THE NPS & KPS medical Scheme was in underwriting profit of Kshs 1,260,521,106 and the Civil Servants Scheme made a marginal loss of Kshs (643,071,154). This is totally different from the figures given in the utilization reports which show total claims of Kshs (6,248,181,654) & Kshs (5,497,212,763). So the question is? where did the UHC money allocated to subsidise the above schemes go as the same is not reflected in the comprehensive income statement?

According to the Advocates (Remuneration) order of 2014, an advocate is supposed to charge Sh7000 for work done for 15 minutes or part of the 15 minutes, translating to Sh28,000 per hour of work done.

With MMC Africa Law indicating in its legal fees invoice to the NHIF that it will spend “a moderate” amount of 10 hours per contract, it means that one contract cost Sh280,000.

This translated to Sh1.876 billion in legal fees for the drafting of the contracts.

These contracts were as a result of NHIF acceptance of the commercial Insurance schemes which required elaborate network of hospitals and SLAs to service the staff of the above schemes. This is not only a waste of UHC resources but abuse to contributors whose benefits are bed rebates in most of the cases.

The procurement for the provision of integrated revenue collection system awarded to M/s Web Tribe limited is another loophole that siphoned NHIF money.

The initial three-year contract signed between NHIF and M/s web Tribe on August 25, 2014, was valued at Sh49,613,440, where the contractor was required to provide an integrated revenue management system at NHIF.

The report of the Public Procurement Regulatory Authority (PPRA), however, notes that the contract price was in excess of the budgeted estimate by Sh19,513,440.

“No document was availed for the reallocation of funds to meet the excess budget. This was not in line with sections 26 (3) (a) of the Public Procurement And Disposal Act of 2005,” the PPRA report of March 2019 states.

It was approved by the accounting officer on the same date,” PPRA says.

“We observe that on page 58 of the tender document under special conditions reads ‘the time period shall be six subject to renewal or extension’ while the signed contract was for two years.”

PPRA notes that the contract signed, therefore, did not meet the provisions of the law due to the absence of the tender form, negotiation minutes, schedule of requirements and notification of the award.

Besides the Revenue collection system, the core claims administration system which was budget at Kshs 1.2 Billion ended up hitting the highs of Kshs 3.8 Billion. The whole revenue system of a robust bank in Kenya would not cost such astronomical Figures.

The annual Report & Financial statement ending 30/06/2019 indicates on page 35 that 11 members of the NHIF board consumed Sh32 million during the year under review, meaning that each Month the board consumed at minimum Kshs 2.6 Million per Month and each board member took home Kshs 242,424 net of taxes a month or Kshs 12,121 per day for 20 working days, meaning that they are permanently in meeting each day in NHIF boardrooms. This is a blatant wastage of contributor’s resources and an abuse of the NHIF Act

Among the issues incoming CS should consider addressing is clean the fund then embark on the recruitment drive for the new members while ensuring that those already onboard contribute. The CS can consider lowering the threshold of informal sector members to realize a 100% compliance and eventual realization of the target of 291 Billion detailed above.

The current management, it seems, has no clue how to get new members on board or how to persistently make those already recruited to pay their monthly contributions.

He should also consider engaging Kenya Revenue Authority (KRA) and telcos & banks to ensure mandatory contribution gets to the NHIF accounts, including use of recruiting agents for a % commission to get more contributors on board.

There is a serious need to seal the loopholes among them cutting the linkages with commercial insurance to ensure that the easy flowing illicit cash dries up and hence motivate the management to think out of the box.

Hiring a secretariat with the right strategic mindset and a visionary board, according to nominated MP Godfrey Osotsi, will make the implementation of UHC smooth-sailing.

“It is important that the National Treasury must stand firm and ensure that medical commercial insurance is not under the purview of NHIF because it is what eats the contributors’ money,” and it’s the substance of all evils at NHIF, Mr. Osotsi says.

With Treasury CS Ukur Yattani cleaning NSSF during his time as Labour CS, Interior CS Dr Fred Matiang’i cleaning the rot at the immigration department and aligning the systems at the registrar of persons, it will not be impossible for Mr. Kagwe following suit and leaving a permanent positive mark in this sector which has been troubled by problems since time immemorial.

“Mr Kagwe has a serious task and NHIF needs someone in the shape of a “bandit” to chase away the looters of cash,” says Osotsi.